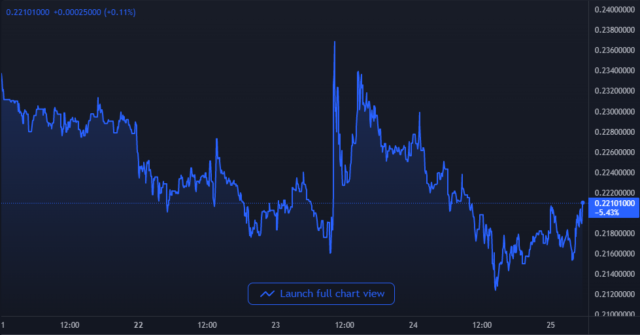 Elon Musk has defended DOGE holders on Twitter by calling the Binance Dogecoin situation “shady.” CEO Changpeng Zhao has fired back with a response.

The SpaceX CEO recently posted a tweet asking the crypto exchange’s CEO Changpeng Zhao about what has been going on with the platform’s Dogecoin problem. Musk thinks that it “sounds shady.”

About a week ago, DOGE wallets on Binance bugged out and old transactions were resent to 1,674 users. Since then, the platform has suspended withdrawals of the memecoin.

To Musk’s tweet, Binance replied with “no, not shady – just frustrating and we’re working on it.” The firm’s twitter also linked a thread explaining the problem.

According to the thread, the recent upgrade process was behind the issue, and only Binance wallets were affected because of the way they were set up.

The platform has now been rebuilding the wallet entirely, with support from the DOGE network. Because of that, the firm expects the delay to last “another week or so.”

Elon Musk responded to the platform’s reply with “Doge holders using Binance should be protected from errors that are not their fault.”

The company’s CEO soon entered into the conversation. CZ said:

Elon, we are pretty certain it is an issue with the latest wallet. We are in communications with the devs. Apologies for any inconvenience that may have caused you.

In the same tweet, CZ added a cheeky “what happened here?”, linking to an article discussing about a Tesla software glitch that forced the electric car company to withdraw almost 12k vehicles.

Elon, we are pretty certain it is an issue with the latest #doge wallet. We are in communications with the devs. Apologies for any inconvenience that may have caused you.

Musk then replied “I don’t use Binance (tried at one point, but signup was too many hoops to jump through), so no inconvenience to me personally.” He adds “just raising this issue on behalf of other Doge holders.”

CZ responded with “appreciate it.” Also, the CEO admitted that he “over reacted a bit due to the word “shady”.” CZ recommended Musk to try Binance.US.

“Still a tedious sign up process, but have Doge. We are working with their team to fix the issue ASAP,” notes the Binance CEO.

Finally, Must ended the discussion by replying with a “sounds good.” At the moment, the issue with Dogecoin withdrawals has still not been resolved.

At the time of writing, DOGE’s price floats around $0.22k, down 5% in the last seven days. Below is a chart that shows the trend in the price of the memecoin over the past five days.