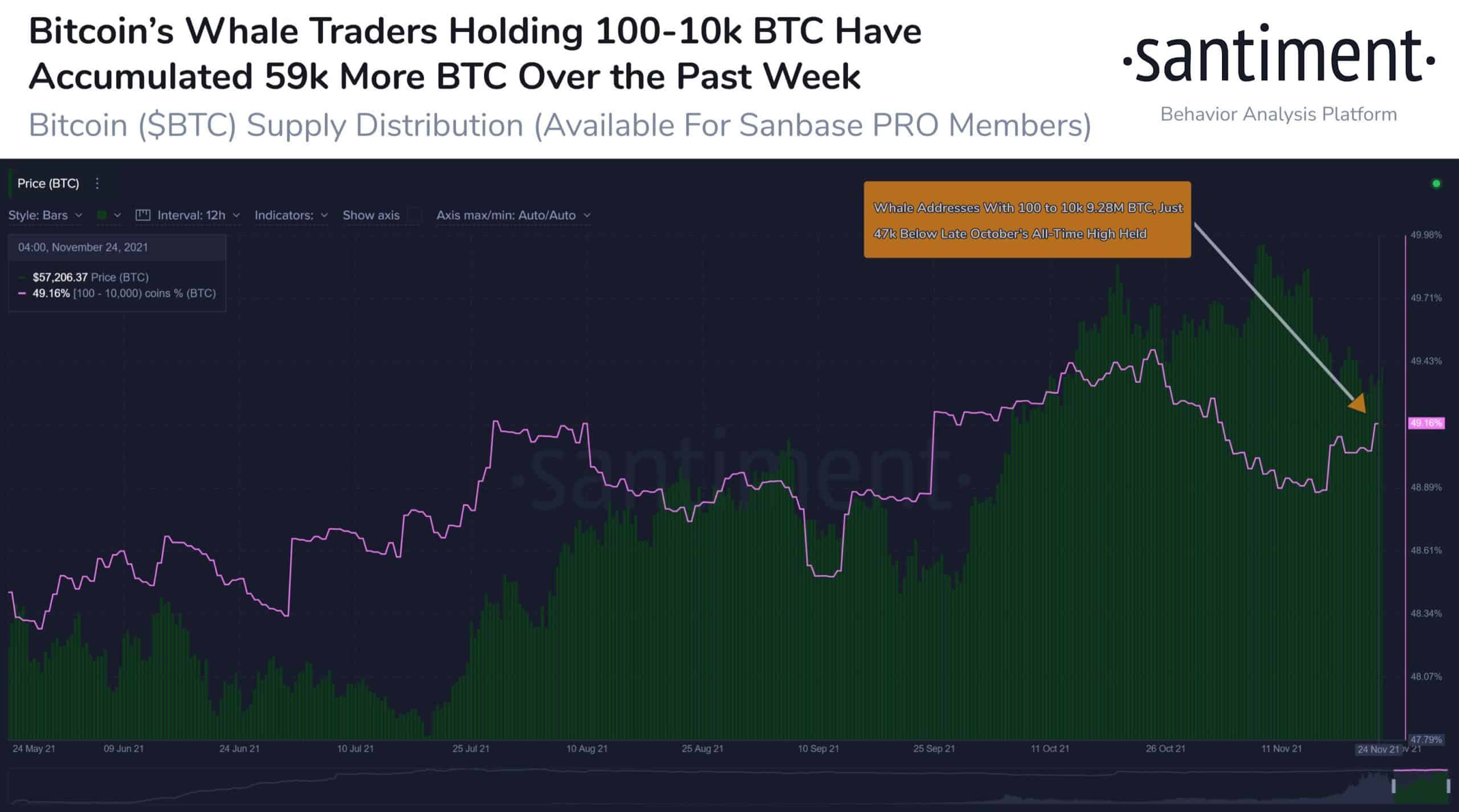 Bitcoin’s price trading below $60,000 for over a week now has allowed some whales to accumulate more portions of the asset. On-chain data suggests that long-term holders and whales have bought 0.29% of the total supply in just a week.

Ever since its peak at $69,000 on November 10th, bitcoin’s price has been on the downfall, losing roughly 20% of its value and bottoming below $56,000 just a week later. While this vigorous price drop in a relatively short period could shake off some weak hands, it’s not the case with long-term holders (LTHs) and whales.

The latter group, typically considered entities containing between 100 and 10,000 BTC, has been on a buying spree, as outlined by the analytics company Santiment. They have used the opportunity to buy bitcoin at cheaper rates (compared to 15 days ago) and have accumulated roughly 59,000 coins in just a week – the same seven-day period in which BTC’s price remained below $60,000.

Some of those purchases have most likely come from the third-largest whale. As previously reported, the anonymous entity bought roughly $375 million worth of BTC in eleven days.

It’s worth noting that whales tend to purchase more coins when the asset’s price has cooled off following a significant rally, as the chart above demonstrates. Such was the case in early July and September, when their holdings had declined. As they began accumulating, though, BTC’s price also went on a roll.

As CryptoPotato recently outlined, the number of bitcoins withdrawn from exchanges has started to pick up, with more than 23,000 coins moved to cold wallets. Additionally, long-term holders have also refused to panic sell substantial portions of their BTC positions during the retracement.

Data from Glassnode showed that they had reduced their holdings by just 0.7% in the course of a month after peaking at 13.5 million bitcoins.

In contrast, short-term holders have reacted more to the enhanced volatility and have sold more significant BTC portions.