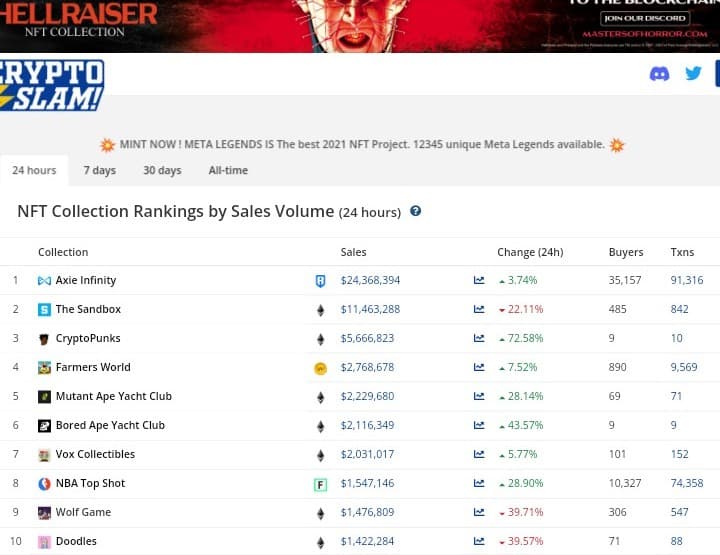 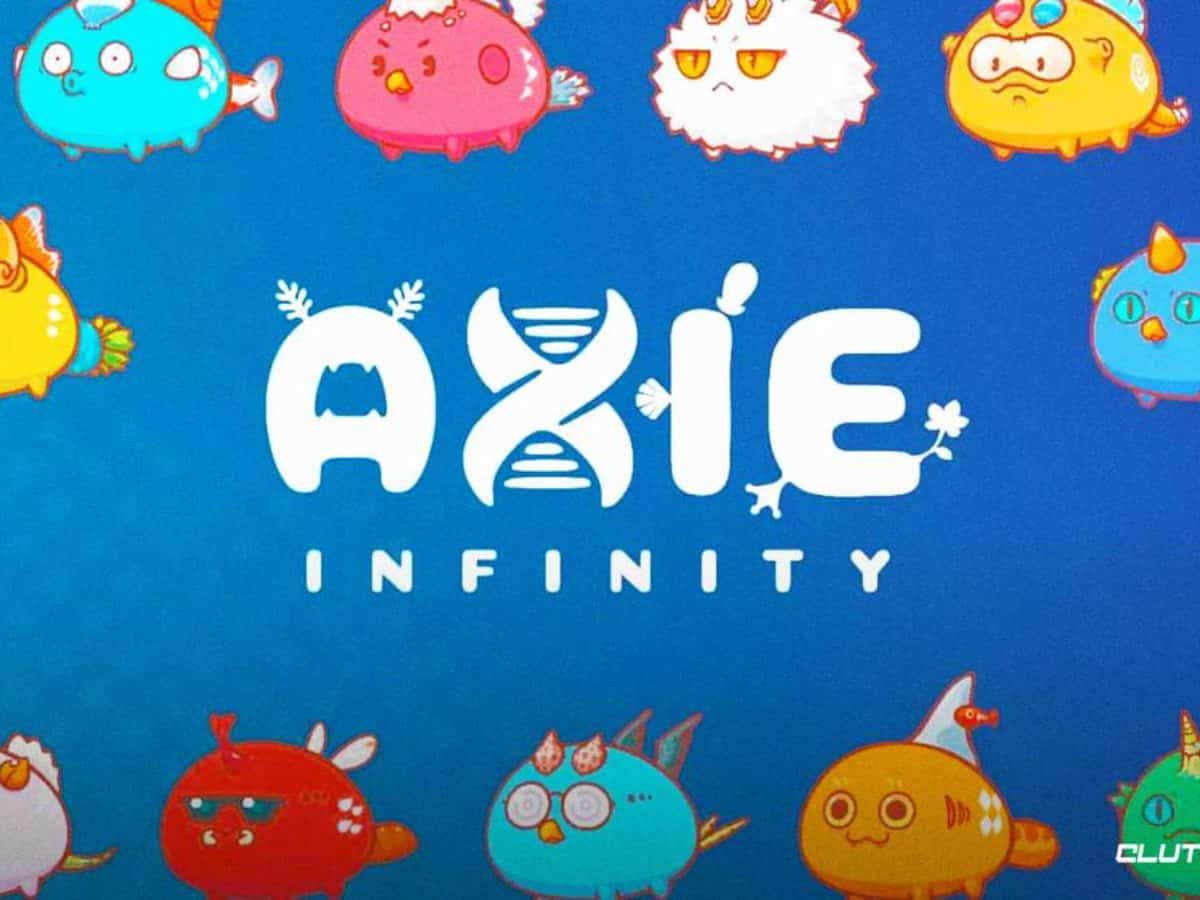 Despite the Sandbox’s SAND gaining massively across the month of November, the native token of Axie Infinity ($AXS) has now surpassed it in daily sales volume.

According to data from Cryptoslam, AXS traded the hands of roughly 35,000 buyers over 90,000 transactions — a 3.4% increase in daily sales compared to the previous day. That’s more than 100 times the transaction that SAND has seen in 24 hours, with only 485 buyers, trading 842 times in the same 24 hours timeframe. With this, Axie Infinity easily becomes top of the log on the list of NFTs with the highest daily sales volume — over $24 million of sales — within the last 24 hours.

What Virtual Land Sells For 550 ETH?

NFT-based online videogame, Axie Infinity has confirmed late Thursday, that it has sold a slot of its virtual lands for 550 ETH (over $2.3 million). According to the developers of the game, this is a record amount, and the highest ever paid for virtual real estate.

Meanwhile, the obviously excited Axie Infinity could not conceal its joy at the sales, as the firm took to its official Twitter page to share the story, claiming that its digital nation has continued to shock the world.

Axies are non-fungible tokens (NFTs), or unique collectibles, which can either be minted, bought, or sold across different exchanges outside of the game.

According to the game, Axies live in a world called Lunacia. Now, in Lunacia, is a 301×301 square grid that has separate sections — with each representing a tokenized plot of land known as Terra. Game players have a right to either sell, or buy, or other times even rent out these plots of land to other players as they so desire. But according to reports, the particular land that was sold yesterday is under the ‘Genesis’ class — reportedly the rarest form of virtual land available in the Axie Infinity ecosystem.

Could this be the reason for the increased activity around Axie Infinity in the past 24 hours?