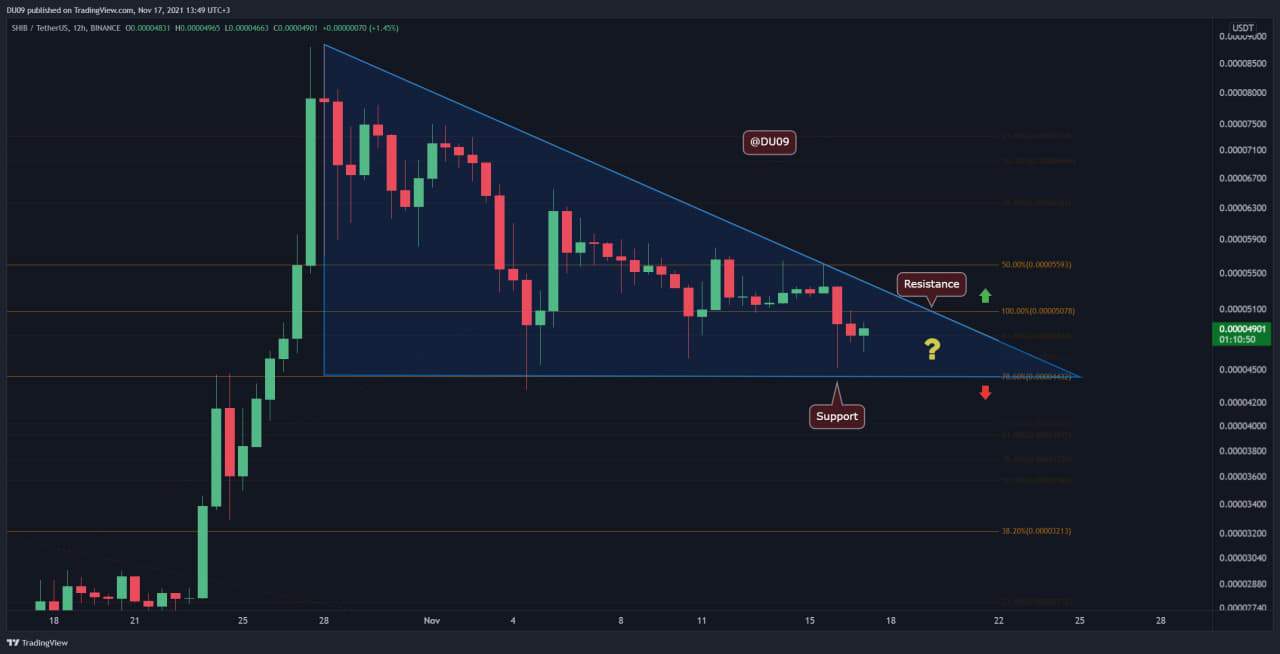 Trading Volume: Volume has remained relatively low despite this last drop in price. This may be a sign of exhaustion from bears which could be interpreted as bullish if they fail to break below the key support.

RSI: The RSI on the 4-hour timeframe is making a bullish divergence with a higher low despite the fact that the price fell lower yesterday compared to November 10th. This reinforces the case that SHIB’s correction may come to an end unless the broad crypto market continues to fall.

MACD: The MACD remains bearish on most timeframes. Therefore it is too early to be confident that a reversal is possible. If SHIB price holds at the key support, then bulls can have a real chance to turn the price back on the uptrend.

The bias on SHIB is neutral at this time. The price action also appears to have formed a larger descending triangle with the base sitting at the key support. A breakout from this triangle will flip the bias bullish or bearish depending on which way SHIB price decides to move next.

It’s expected to see the price of SHIB just above the key support level at $0.000044. A break below this level appears unlikely at this time and would probably be triggered only by a significant market correction. So long this does not happen, SHIB has a good chance to break away from this formation and move higher in the future.