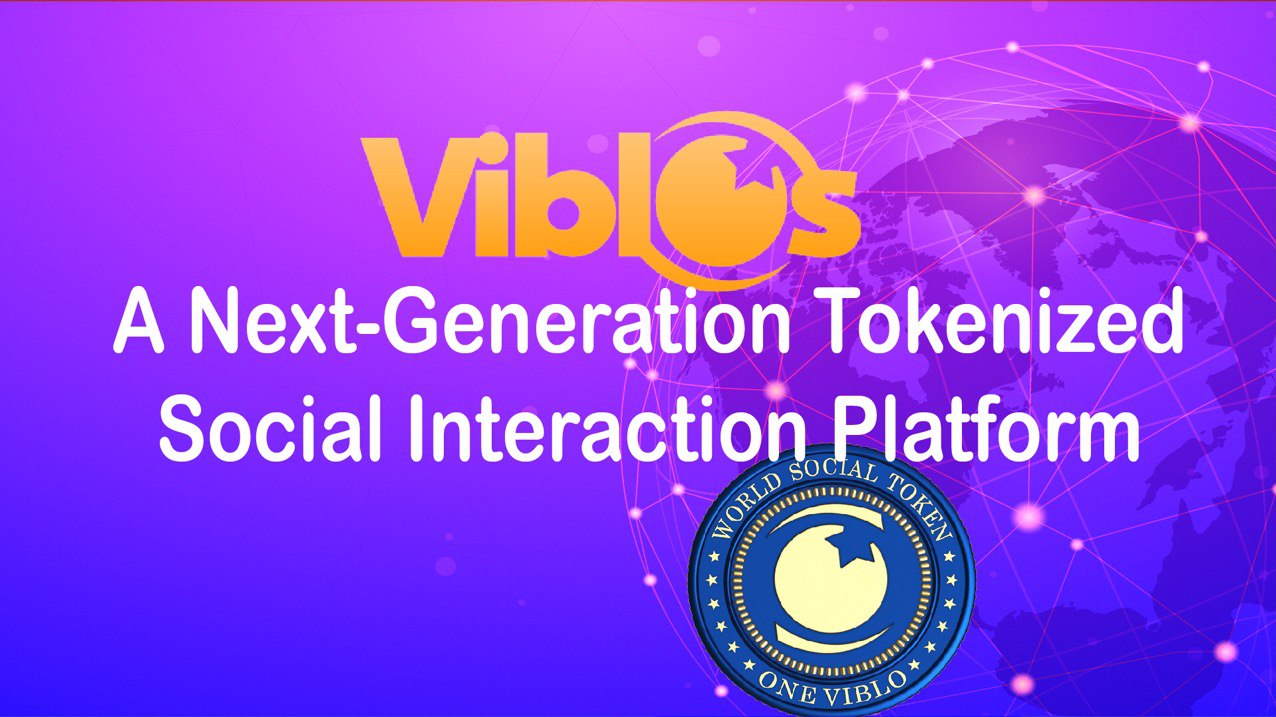 PRESS RELEASE. In today’s day and age, social networks play an immense part in people’s lives. However, some privacy issues and other concerns have surfaced and become problems that many centralized bodies have yet to address.

Somewhat unexpectedly, the need for a decentralized network has emerged, leaving many to try and grab a piece of the pie. With the fierce battle for market dominance that’s about to take place, some projects are trying to get the upper hand by launching certain incentives.

Such is the case with Viblos — a social network that aims to become “the place to be” for users striving for democratized free social networks and provides its users with various streams for earning passive income.

The team behind the project announced the initial launch of its next generation tokenized social interaction platform earlier this month. Users will be able to employ the beta version as of March 2022, while the full rollout is expected to take place in Q2 of 2022.

Viblos will work as a tokenized platform that allows its users to passively earn the native token VIBLO. How much they’ll actually end up earning depends, however, on the personal data and shared content.

In addition to operating as a social network platform that has many different features, Viblos will enable its clients to interact with investors, create non-fungible tokens (NFTs) and tokenize advertising. One of the project’s promises is to never monitor or demonetize users for making dissenting comments. In fact, by stressing the importance of this promise, Viblos has become a pioneer in this regard.

The team has also asserted that they’ve addressed the aforementioned concerns about privacy, hacked passwords and governmental censorship and that users will be afforded the opportunity to gain digital assets.

As far as the VIBLO tokens are concerned, a total of three billion will be minted initially, with the founders receiving 20%. From the remaining 80%, 10% will go to early investors, 5% to advisers and specialists, 5% will be used for marketing and promotion and the remaining 60% will be for staking rewards and exchange among users.

None of the founders or initiators have or ever will have direct access to their tokens. They’ll only receive tokens based on the actual capitalization of the project. This model was created to avoid price dumping and flooding the market with millions of tokens.

The interesting thing about Viblos is that it’ll allow its users to either opt for an ad-free experience or choose to watch ads and get paid for doing so. Similarly, users can also tokenize ads to promote their companies, websites, goods and services.

It’s also worth noting that the project has vowed to introduce the concept of “rent out your data,” which enables users to retain the control and ownership of their own data while at the same time using it to generate income.

Viblos is a tokenized mixed social network that supports social interactions and community creation based on democracy and freedom of expression. While there are, of course, limits that should never be exceeded, Viblos will never demonetize or censor anyone for having a different opinion, as is, unfortunately, the case with most of the existing big platforms.