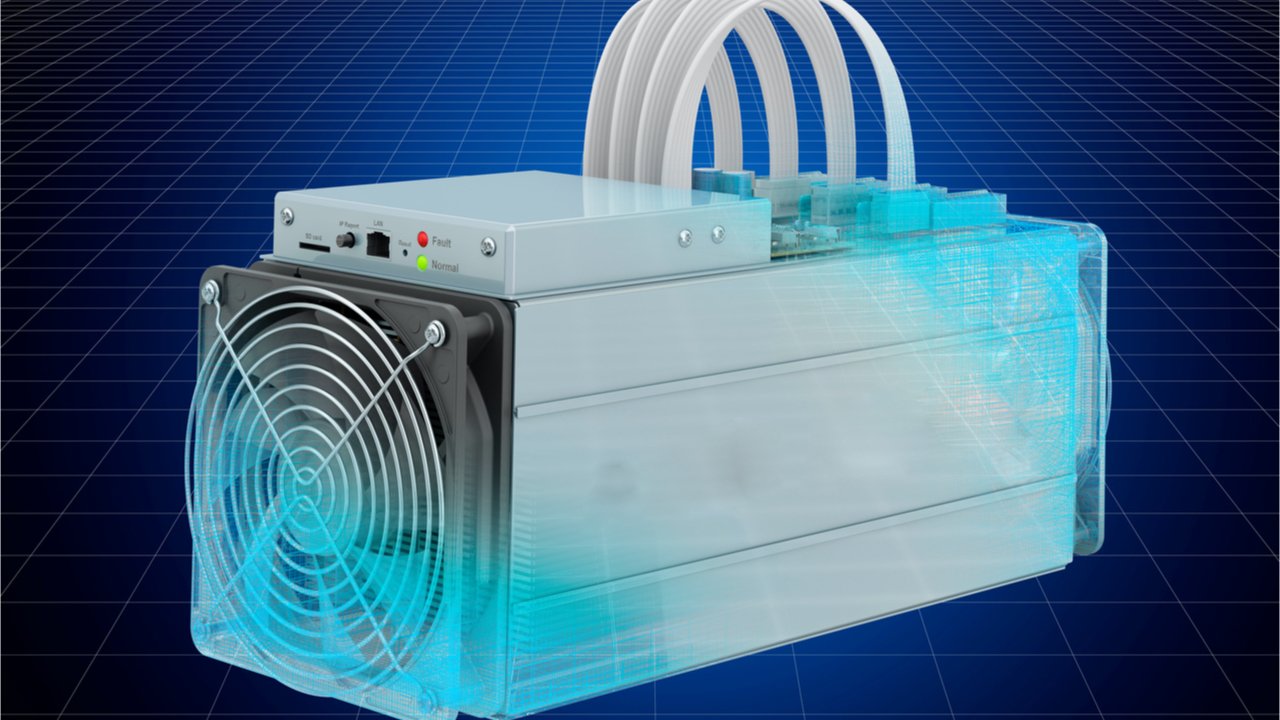 Marathon (Nasdaq: MARA), is one of the largest U.S. mining operations and on November 15, the firm revealed it plans to utilize debt markets for “general corporate purposes, including the acquisition of bitcoin or bitcoin mining machines.” The news comes after significant growth during the course of 2021 and at the end of October, Marathon disclosed it had mined 417 bitcoin (BTC). With over $457 million worth of bitcoin held in its coffers, the 417 BTC revenue was considerably larger than the month prior.

“As in prior months, our bitcoin production was impacted by maintenance-related outages at the power plant in Hardin, MT and increases in the total network hash rate,” Marathon’s CEO Fred Thiel explained. “However, with shipments of our previously purchased miners accelerating over the coming months, we continue to expect our bitcoin production to become more consistent as we scale,” the Marathon executive added.

In a press release sent to Bitcoin.com News, the company said on Monday that it plans to issue “$500,000,000 aggregate principal amount of convertible senior notes” that will mature on December 1, 2026. The notes will obtain interest semi-annually unless they are “repurchased, redeemed or converted,” Marathon’s press release notes.

“Marathon intends to use the net proceeds from the offering for general corporate purposes, including the acquisition of bitcoin or bitcoin mining machines,” the company disclosed.

Marathon Shares Have Risen More Than 230% in 6 Months — After Controversy Ensued, Bitcoin Mining Firm Dropped OFAC Transaction Filtering in May

The U.S. company’s shares listed on Nasdaq have done well in recent times and Marathon has been holding BTC on its balance sheet like its mining competitors Argo, Hut8, Riot Blockchain, and Bitfarms. Six months ago, MARA shares were trading hands for $22.99 on May 18, and today shares swap for $75.92.

Bitcoin.com News reported on Marathon buying BTC for a reserve asset at the end of January following the company’s record-breaking acquisition of 70,000 ASIC bitcoin miners in December 2020. Marathon came under controversy this year when the enterprise mining operation mined its first OFAC-compliant block. It meant that at the time, Marathon was filtering transactions to be compliant with the Office of Foreign Assets Control’s (OFAC) sanction guidelines.

However, the company dropped this filtering procedure after it was well established that the Taproot upgrade would happen. Marathon said the company’s mining pool would “no longer filter transactions” and “begin validating transactions in a manner consistent with all other miners who use the standard node.”

Two months later, the firm revealed it purchased 30,000 S19j Pro Antminers from Bitmain and after it published July’s bitcoin production and mining operation it was revealed that Fidelity Investments owns a 7.4% stake in Marathon.

The latest financing proposal to leverage convertible senior notes indicates the firm continues to believe in the bitcoin mining industry’s exponential growth. At press time, Bitcoin’s hashrate has been once again nearing all-time highs and the current hashrate on November 15, is a whopping 181 exahash per second (EH/s).

What do you think about Marathon using debt markets to raise $500 million in order to acquire bitcoin and bitcoin mining rigs? Let us know what you think about this subject in the comments section below.