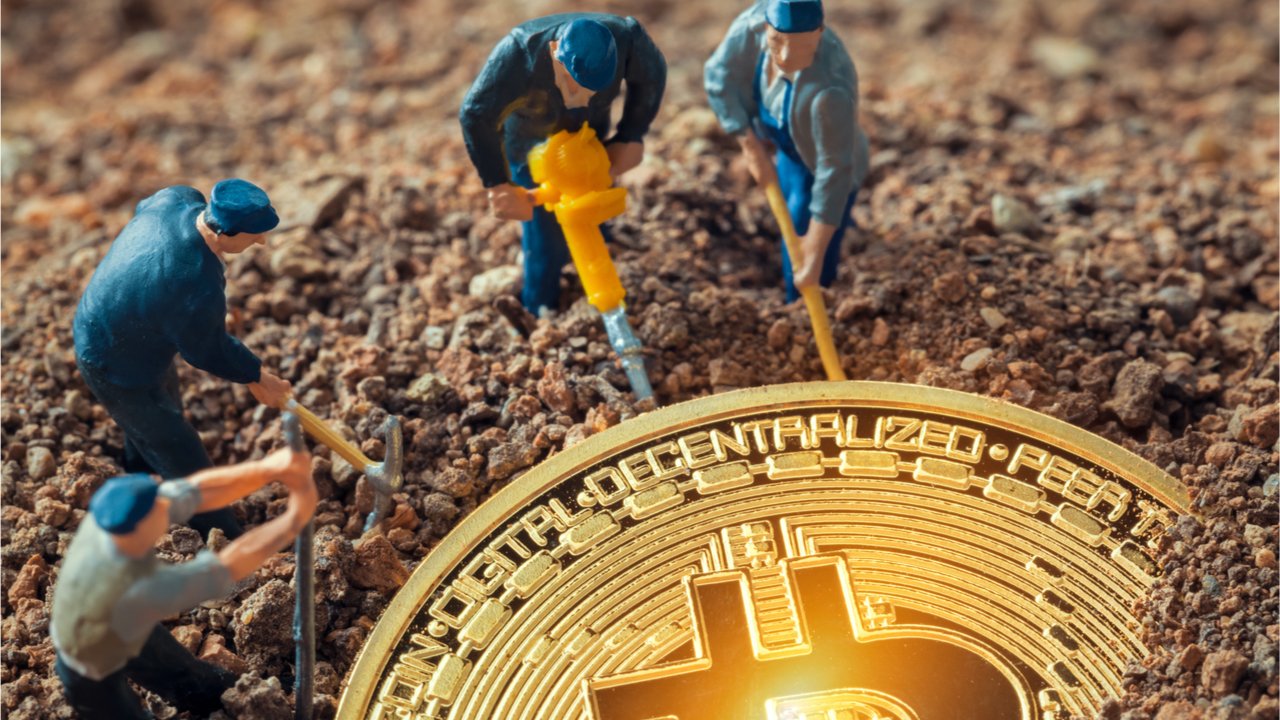 While bitcoin’s value has remained well above the $60K range, the network’s hashrate has surged to over 184 exahash per second (EH/s) as mining devices are far more profitable at these prices. The price has made it so that older generation mining devices manufactured over four years ago, with processing power of more than 8 terahash per second (TH/s), can make a daily profit mining the leading crypto asset.

On November 15, 2021, Bitcoin’s hashrate climbed to 184 EH/s gathering 17.19% more hashpower than the network saw a mere two days ago on November 13. Bitcoin’s (BTC) hashrate is getting close to nearing its all-time high (ATH), which was recorded on May 9, 2021, at 191 EH/s. Today’s Bitcoin hashrate metrics show that the hashpower is only 3.8% away from surpassing its ATH, according to coinwarz.com data.

In addition to BTC’s hashrate nearing ATH, the second-largest crypto asset in terms of market valuation, ethereum’s (ETH) higher prices have also propelled its network hashrate. At 932 TH/s, Ethereum’s hashrate is awfully close to a single petahash per second or 0.001 EH/s. Ethereum’s hashrate has already reached an ATH and has continued to soar higher, capturing new records.

It’s worth it for miners to mine ether in comparison to BTC, as ETH is the third most profitable network to mine. At press time, the most profitable ether mining rig the Innosilicon A11 Pro that produces 1,500 megahash per second (MH/s) or 0.0015 TH/s can rake in $109.29 per day. The profit estimate stems from asicminervalue.com using today’s ether exchange rates and $0.12 per kilowatt-hour (kWh) in electric consumption.

The profits for the ether mining rigs are larger than BTC’s mining profits stemming from the most profitable application-specific integrated circuit (ASIC) mining devices. Three SHA256 compatible miners on the market today, however, can command $36 per day in profits using $0.12 per kWh in electric consumption and today’s BTC prices.

The Microbt Whatsminer M30S++, the Ipollo B2, and the Bitmain Antminer S19 Pro are today’s most profitable BTC miners on the market, according to stats from asicminervalue.com. All three models boast hash speeds at over 100 TH/s. The Canaan Avalonminer 1246 which boasts 90 TH/s produces an estimated $27.55 per day using today’s exchange rates. Furthermore, besides the top mining devices pulling in the highest profits, old school miners from 2016 are now profiting.