The cryptocurrency space is a dynamic one, and there are no two ways around it. Trends come and go. Some of them last, some of them don’t. Some of them resurface, while others are never to be seen again, cast away into oblivion.

Over the past month, we saw memcoins making a massive comeback. This time around, though, it wasn’t Dogecoin leading the pack – Shiba Inu (SHIB) was the pick of the litter. And yet, over the past few days, it seems as if the euphoria is cooling off.

But when one hype train parts in the distance, another one approaches, and in crypto today, it seems that this train carries the Metaverse bandwagon.

But let’s start from the get-go.

Well, this would strongly depend on your definition of fading, but for the sake of this long-form, let’s assume a cryptocurrency mindset. Shiba Inu (SHIB) was regularly surging by double-digits per day a couple of weeks back.

Articles about SHIB millionaires and billionaires were popping left and right, while other cryptocurrencies, largely based on the same concept, saw massive growth. We saw coins like Floki Inu, Baby Doge, Dogelon Mars, and whatnot skyrocket, literally printing money for those who got in early and held through.

Shiba Inu became the 5th most-called address on Ethereum, surpassing the likes of Uniswap’s v3 and the popular stablecoin USDC. At one point, it was also the 7th largest burner of gas on Ethereum.

Now, however, it appears that the trend might be fading. For once, SHIB is no longer in the top 10 list of the highest gas burners of ETH. A more precise way to gauge the current hype in the coin, however, would be to take a look at Google Trends.

There was a close to 70% drop in the Google searches for Shiba Inu for the past couple of weeks. Unless people were suddenly a lot less interested in the breed, this can be explained by the fading interest in the cryptocurrency.

Prices, naturally, also took a hit. SHIB is down about 20% over the last seven days, while other dog-based coins are also struggling, if not in the red.

All this might be a sign that the hype around memecoins is currently fading out, perhaps giving way to something … fresh.

The Metaverse: The New Kid on the Block

As CryptoPotato reported earlier in November, Facebook made a massive move and changed its corporate name and brand to Meta. In a bid to transition the company beyond the social media business concept, CEO Mark Zuckerberg stated that the company will focus on building the metaverse.

From now on, we’re going to be the metaverse first. Not Facebook first. Facebook is one of the most-used products in the world. But increasingly, it doesn’t encompass everything that we do. Right now, our brand is so tightly linked to one product that it can’t possibly represent everything we are doing. – Zuckerberg said.

But what does it all mean? What is this metaverse that one of the tech leaders of our century is talking about? From a concept that no one was talking about, the metaverse quickly became something that everyone’s opinionated in. And that’s exciting. Why? Well, it’s exciting to see how everyone understands the metaverse as there’s no one description that fits it all.

Some people tend to imagine the metaverse as this Ready Player One type of alternative reality where you hop in using virtual reality (VR) goggles and do everything you’re doing in the real world and more. Others are describing it as a digital copy of our world where users will be able to buy land, build developments, and do everything we’re doing here but through their digital identity.

Over the past month, I’ve had the pleasure of chatting to multiple game developers, and people who’re building both concepts and products focused on metaverse-based projects, and I’ve come to the conclusion that there’s truly no uniform description that can perfectly explain what the metaverse is.

To me, the metaverse is an extension of what we’re currently used to. Our lives have already become predominantly digital, and our virtual identities become more and more important, regardless of whether most people recognize it. Perhaps I can make my point clearer if we look at some data.

Data from Statista shows that the average daily social media usage of internet users worldwide amounted to 145 minutes per day.

In other words, you’re likely to spend a whole year out of your next ten (given numbers remain the same, though they are evidently increasing, year-over-year) browsing through various social media.

My point here is that our lives are already at a point where the “real world” is so deeply intertwined with the digital that it’s perhaps impossible to pull them apart. Don’t get me wrong – there’s nothing wrong with that, and anyone who tells you “things were simpler” back in the years forgets all the things that we currently take for granted. You can contact anyone from anywhere in the world so long as you’re connected to the internet. You can order whatever you need from any part in the world and get it delivered in a negligible amount of time and whatnot.

More importantly, we’re already used to digitizing huge parts of our lives. And this is where the concept for the metaverse comes into the picture, at least in my view. I picture the metaverse as this second layer, a virtual one where all of us have our digital identities (just as we do now) – a concept that goes far beyond the boundaries of gaming. Presently, though, a lot of people associated it with the gaming niche.

As it is with a lot of things, our perceptions are often shaped by the books we read, the movies we watch, and the games we play. In pop culture, a lot of the metaverse chatter is associated with parallel digital universes where users tap into using VR goggles and become something completely different – superheroes with extraordinary abilities, regular people with expanded capabilities, or whatever they ever so desire.

And this is completely fine and logical. The metaverse was coined as a term back in 1992 by Neal Stephenson – a science fiction author in his novel Snow Crash. In the book, humans, as avatars, interact with one another and software agents in a three-dimensional space, which is virtual and uses the metaphor of the real world.

Since then, we’ve seen various iterations and interpretations of the Metaverse, but a big number of them center around the idea of extraordinary capabilities in a parallel, digital universe.

Enters gaming. Gaming has become a booming industry in the third decade of the 21st century. People around the world spend countless hours playing various games – some for entertainment purposes, others professionally.

And given that a lot of people associated the metaverse with this parallel digital universe where anything is possible, it’s easy to understand why many consider it to be the logical extension of online gaming. 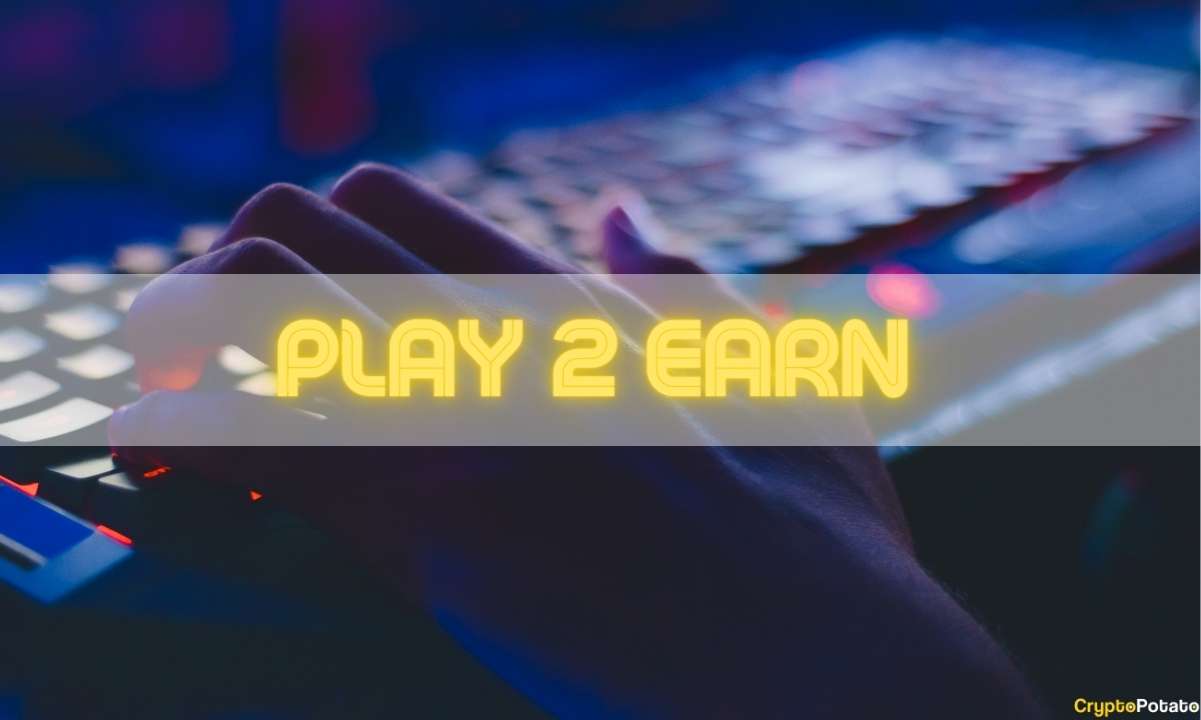 Enters Play to Earn and Crypto

Since entertainment is a major part of our lives, and a lot of people play video games for fun, there’s a new booming sector within the cryptocurrency industry that attempts to take full advantage of it – the play-to-earn (P2E) field.

It’s a business model where blockchain developers build games with integrated earning capabilities, so users are able to earn money (in the form of cryptocurrency) as they are playing. It’s a very powerful concept because it combines two of the things that humans are mostly attracted to – entertainment and earning.

Ever since Facebook rebranded to Meta and put its plans of building the Metaverse, play-to-earn games have been popping in valuation. Some of the biggest names in the field include Axie Infinity, Decentraland, The Sandbox, and so forth.

Data from Google Trends reveals that the “play to earn” queries are soaring over the past few months, as well:

I’ve tested out a few of the leading games, and the experience was anything but exciting. Graphics were scuffed, movements were fidgety, the gameplay was lacking, and the entire thing felt underdeveloped.

Yet, big money is betting on this becoming the next big thing. Earlier in November 2021, Enjin launched its $100 million Efinity Metaverse Fund to support developers in the field. Sfermion – an NFT investment firm, raised $100 million to accelerate developments in the metaverse field.

Major crypto VCs Andreessen Horowitz (a16z), Polygon Studios, Solana Ventures, Cosmos, and others, aped into a Series B round of the blockchain-based gaming platform Forte and raised $725 million.

To cap it all off – are blockchain gaming and the metaverse the future? I’m in no place to predict, but it appears that this is what big money is vouching for.