The concept of decentralized exchanges and automated market makers (AMMs) grew in popularity in the past couple of years.

A DEX brings forward plenty of exchanges, and the lack of counterparties is undoubtedly amongst them. With this in mind, Lumenswap brings forward an open-source client for the Stellar network, geared towards allowing users to swap and trade assets using a minimal and yet user-friendly interface.

In this guide, we take a closer look at Lumenswap and its features while also walking you through the process of how to use the platform.

Lumenswap is a platform that provides quite a few products under a single roof. It boasts an order book-based marketplace that enables users to select different pairs and trade different assets on the Stellar network.

The entire market is based on the AMM model, where users can provide liquidity and receive fees in return. They are also able to exchange their assets at the best available rates.

Lumenswap uses Horizon, which makes it possible to choose the best rates for a trade based on the current liquidity rates, as well as the submitted order books on the network. The costs are low, while the transactions are quick.

The platform is also open and decentralized, where all the assets available on the Stellar network are also available on Lumenswap.

How to Swap Tokens on Lumenswap?

Now, it’s worth noting that before you can do anything on Lumenswap, you need to create a Stellar-compatible cryptocurrency wallet.

These are the wallets that are currently supported by the exchange: 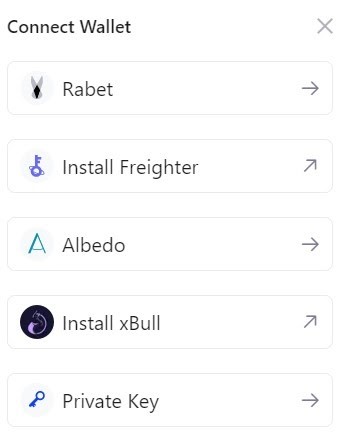 For the sake of this guide, we’ve created a Rabet wallet and connected it with Lumenswap. It’s fairly straightforward and takes a few steps to do.

Once you have your wallet created and you’ve transferred some funds to it, you can start using the DEX. There are two options from here – you can either use the SWAP exchange to directly trade various cryptocurrencies, or you can use the OBM (order book-based marketplace), where you can even set limit orders. Let’s have a look at both.

How to SWAP Tokens Directly

To do so, you need to go to the OBM app on the homepage and then select “Swap” in the top left corner. This is the screen you will see after you have connected your wallet to the exchange: 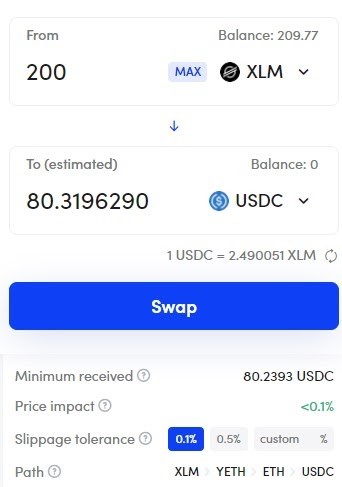 Below that, there are a few details you should pay attention to. Namely, these are the:

Lumenswap has done a great job explaining all of them in detail, and the information can be found here.

Once you’re happy with your specified trade, you need to hit Swap, and your wallet will display a confirmation screen. 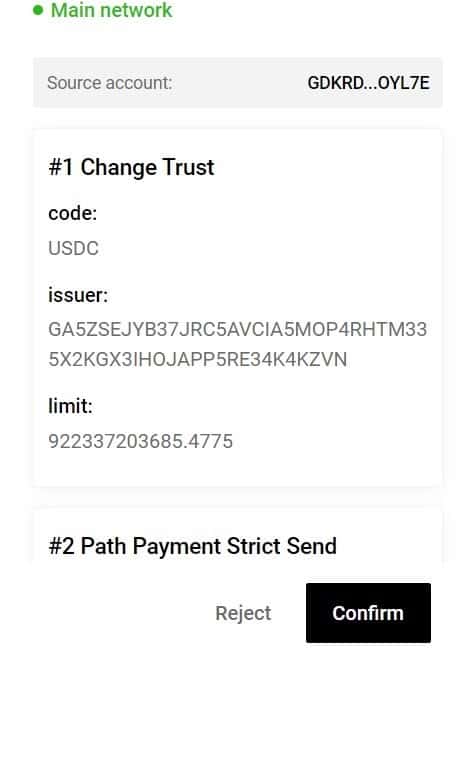 Once this is done, all you need to do is wait for the transaction to be confirmed.

How to Use a Limit Order

This is another handy tool if you want to better strategize and tailor your trading strategies. To use this function, you need to hit on “Spot” instead of “Swap” in the OBM app.

This is the screen you will see (note that it resembles that of a traditional exchange):

Once again, you need to connect your wallet.

After this, you can create a simple limit order by selecting the price at which you want to buy and the quantity. Once you’re happy with the specifications, you will have to confirm the transaction from your wallet, as shown above.

It’s also important to note that you can create custom trading pairs from assets supported by the Stellar Network by clicking the trading pair name in the top left corner. After that, all you need to do is click “add custom pair” and fill out the details as shown below: 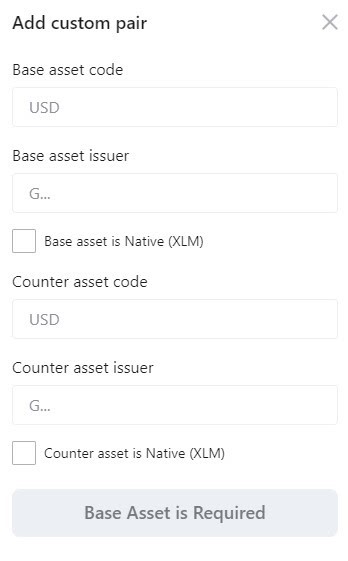 LSP is the token that underpins the ecosystem of Lumenswap – it’s a reward and governance asset with a big role in the project’s essence. It has a total fixed supply of 1,000,000,000 LSP which will be vested over the course of 10 years.

This is how the asset allocation pie chart looks like: 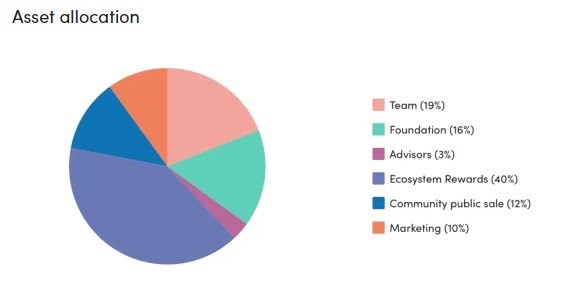 The token itself has plenty of use cases, some of which are broadly explained below, including:

One of the biggest barriers to entry for many people to the world of cryptocurrency is education. People simply don’t understand a lot of what’s going on, and concepts such as automated market makers, non-fungible tokens, decentralized exchange protocols, and whatnot are just way over their heads. And that’s completely understandable.

Lumenswap aims to bridge this gap in education by providing a detailed Academy section. It’s an article-based online academy where users can teach everything there is to know about blockchain-based technology.

The focus, of course, is on the Stellar blockchain, and the content found there is written in a way that’s relatively easy to understand even by people without a lot of technical knowledge or background.

The below is a snapshot of the academy and what type of educational content you might want to expect from it: 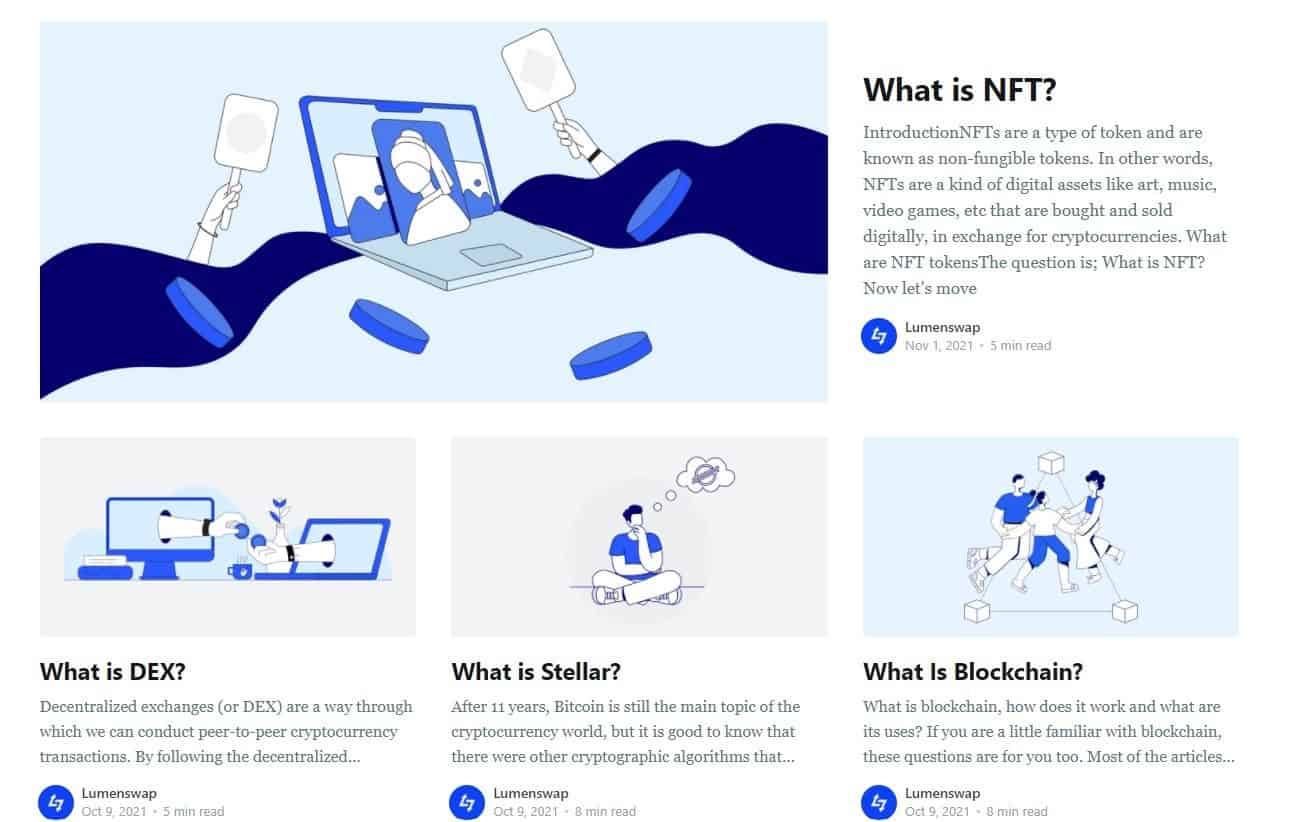 The lottery is something that we don’t usually see in a lot of other decentralized exchanges and automated market makers.

While it may look like it operates like any other traditional lottery, it’s important to note that everything happens on a distributed network that keeps immutable records. This is quite critical when it comes to verifiability and provable fairness of the results – something that anyone can check for themselves.

Participation in the lottery is pretty standard – users just need to buy tickets using the LSP token, and the transaction has serves as the ticket ID. According to the official documentation, Lumenswap sets ticket prices independently for each round and introduces them in a Round Introduction article. Anyone can purchase as many tickets as they want.

It’s also worth noting that the address to which the LSP is sent is the contract address, meaning that all pooled LSP will be removed from circulation – this effectively creates a token-burning mechanism.

Users can find the current active lottery from the lottery board and learn all the details there: 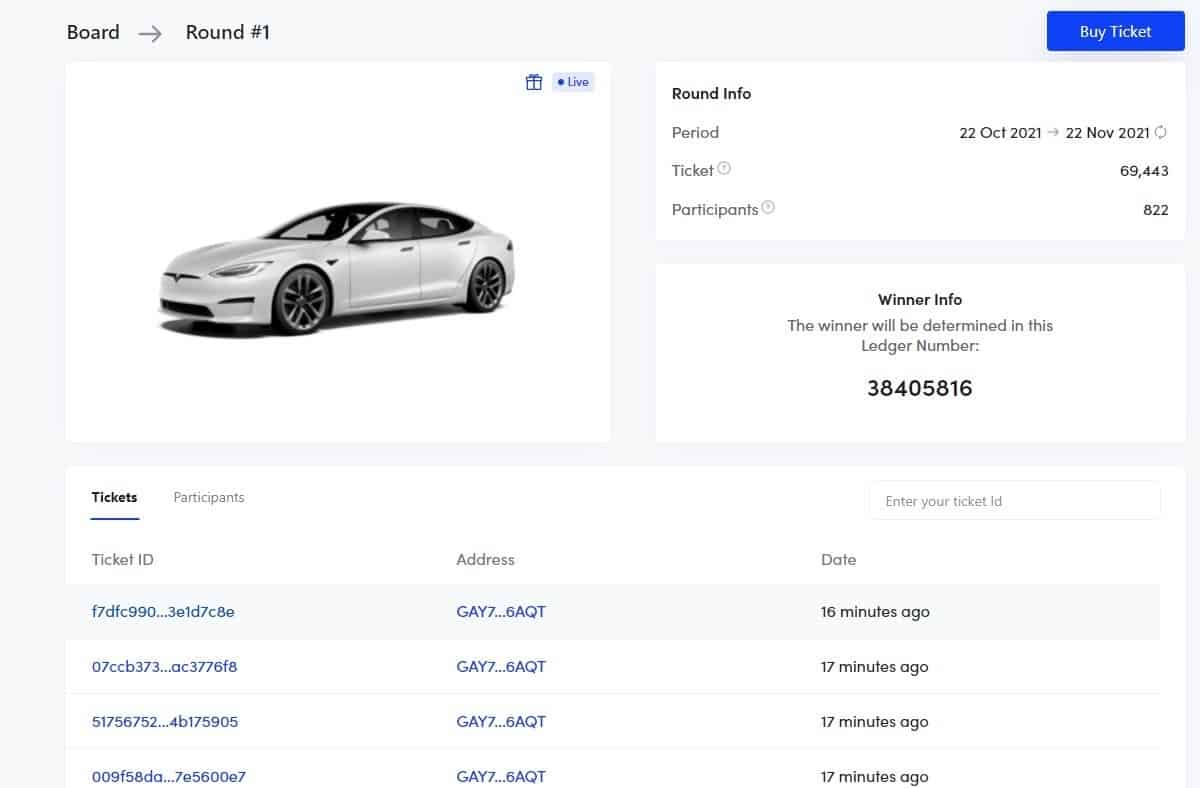 The platform also incentivizes its users through a comprehensive reward mechanism that can be tracked within an easy-to-use dashboard that looks like this:

There are multiple ways where users can earn rewards through Lumenswap. The first one is to hold the native token – LSP. The duration of the program is six years, and 144,000,000 LSP tokens will be distributed to holders through that period. To be eligible, users need to hold more than 10,000 LSP in their wallets.

The second way is through the trader reward program, which will also last for six years and will distribute 90,000,000 LSP to people whose trades exceed 10,000 LSP in LSP/XLM and LSP/USDC pairs.

There’s also a liquidity-providing program that will distribute 166,000,000 LSP in six years to people who add more than 1,000 LSP to the LSP/XLM or LSP/USDC pools.

What Else is Coming: The Roadmap

Despite having rolled out quite a few products already, the roadmap of Lumenswap also seems packed with upcoming releases. Detailed information about it can be found here.

First things first, this is a decentralized exchange. Hence, it’s a bit different in terms of customer support compared to conventional centralized exchanges as a lot of the things happen on the Stellar network itself, where Lumenswap works more or less as a front-end. There is a contact form, though, and users are able to send emails with their questions directly to the team.

Speaking of the team, the members have also been doxxed. The information about them, as well as means of getting in touch, are provided on the official website. The CEO and Co-Founder of the project is Vladimir Kholodenko, and the CTO is Ali Movahedi. His GitLab can be found here, although his profile is private and has no followers. Other members include Mojtaba Mousavi, John Mountford, and so forth.

In regard to security, it’s important to note that decentralized exchange protocols are a bit different than centralized ones, and there’s always a non-zero chance of failure when it comes to the protocol itself. This shouldn’t be a problem when it comes to swapping tokens as no value is kept in the platform, but if you’re providing liquidity – it’s a risk that needs to be considered, but it’s also one that all protocols share to a certain degree. We reached out to the team to understand if the code has been audited. Commenting on the matter was the CEO, who said:

The structure of the Stellar network is different from that of smart contact networks. We used operations to build products, so there is no need for auditing.

Lumenswap seems like a comprehensive and easy-to-use decentralized exchange that’s managed to integrate a lot of helpful and useful features such as order book-based capabilities.

The interface is intuitive, and it falls in line with the design that the most popular DEX platforms are doing, making it quite recognizable.

It’s important to mention that there are a lot of developments that are undergoing, and the team must make good on its word and bring them to fruition.