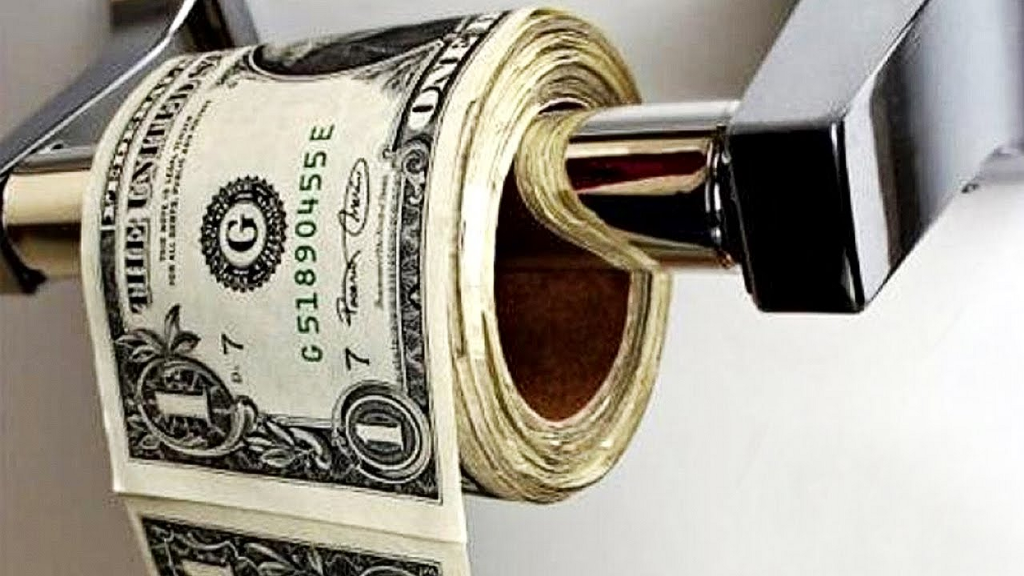 THE CONCEPT OF VALUE

Before asking what money is, we need to solve another interesting query.

Value is what all human actions are aimed to.

In the economic system, money is the basic unit of account of value, which is redeemable for anything humans needs to fulfill their needs in order to achieve their goals.

That’s the reason why money is so valuable to every economy.

Money is then nothing less than a medium of exchange that allows separate parties to meet and agreed on a transfer of value by giving them the optionality to acquire anything they may need to pursue their goals and satisfy their needs.

WHAT IS MONEY THEN?

“When it’s a question of money, everybody is of the same religion”

All those types of medium of exchange have evolved following the market evolution, which throughout the competition, have determined which one can best serve its purpose as a store of value.

We can then state that the purpose of money is to be a device that expresses information, as VALUE, across space and time.

Since money is a tool, humans use to trade their time with one another, therefore

Money is then weighted in time.

THE 3 FUNCTIONS OF MONEY

We can all agree though, that all those types of mediums of exchange presented the following key three functions:

It means that money is the mean through which enables us to trade, barter, and do commerce, universally accepted among all the parties within the related economic environment.

It basically means that money holds value over time.

What money is worth today is potentially worth the same value tomorrow, next year, and so on.

Money is a socially accepted standard unit with which things are priced.

It measures economic value by equalizing the playing field serving as a ‘measuring rod’ (aka divisible) to not only allowing the transfer of value, but also smoothing interactions among the parties involved in the economic environment.

THE PATH TO MONETARY EVOLUTION

Although the purpose of money always remains the same as expressing value across space and time, the goods used to fulfill this purpose change over time with the natural evolution of the markets.

The greater a specific good’s resistance to value dilution over time (due to supply inflation, deterioration, implementation of new technologies, change in consumer behavior, natural factors, etc.), the more effective it is as a store of value.

Those who recognize this store of value are extremely incentivized to use it as a medium of exchange.

Money, as we intend them in our modern times, has evolved and adopted features that converted it into what you are now holding in your hands.

Due to the relative advantages, competing for monetary goods offer, humanity has changed multiple times the instrument with which trade, allowing us to identify different types of money.

It is proven that society, despite its complexity, tends to adopt the single most superior form of technology available in a process that is boosted by the ‘Network Effect,’ a phenomenon whereby increased numbers of people or participants improve the value of a good or service.

The Internet is an example of the network effect.

Initially, there were few users on the Internet since it was of little value to anyone outside of the military and some research scientists. However, as more users gained access to the Internet, they produced more content, information, and services. The development and improvement of websites attracted more users to connect and do business with each other. As the Internet experienced increases in traffic, it offered more value, leading to a network effect.

As more people migrate and adopt the technology, it encourages others to do the same as more network participation exponentially increases the number of possible communication partners.

A more in-depth explanation of this fascinating phenomenon and the Metcalfe’s Law regulating it, in this exhaustive article written by John Ryu.

The concept of network effect is particularly entangled with money as humanity has always been trying to find a more efficient means to transfer value and retain it across space and time.

THE 6 PROPRETIES OF MONEY

As people trade over time, they experiment with different monetary goods, and the market forces favor the money, which presented these 6 properties:

1) DURABILITY — the ability to maintain its features, aka resilient to physical deterioration;

2) PORTABILITY — ease to carry and be moved around;

4) UNIFORMITY — establish a standard for the look of various denominations (units);

5) LIMITED SUPPLY — ensuring that money holds its value by being limited, implying a certain difficulty in producing money, making it a successful store of value.

Unfortunately, this is not the case of the last three decades of money policies where Central Banks have printed huge amounts of money, as we can see in this eye-opening infographic — where USD 10+ TRILLIONS 2020 Economic Stimulus were effortlessly printed by the US Federal Reserve:

How Much Money Was Printed In 2020 Visualized (demonocracy.info)

6) ACCEPTABILITY & RECOGNIZABILITY — recognized and authenticated by everyone participating in the economy (universally identifiable).

Historically, COMMODITIES such as salt, seashells, and cattle were used as a medium of exchange, for then leaving the stage to monetary metals such as gold and silver.

Out of all the metals, though, GOLD was the scarcest and the best tool to preserve value across space-time.

However, since gold is physical and heavy, it lacked portability, and so it was expensive to transport and secure, limiting its utility as money in terms of expressing value across space.

Due to deep changes in society and the evolving nature of the market, the free forces that influence it made necessary some changes to money.

Government and institutions started issuing currencies redeemable for gold, also called REPRESENTATIVE MONEY, nothing else than a certificate or a ‘token’ that represented a claim of the person or party for the currency to be exchanged for something of value.

Banks in the specific, improved gold ability to express value across space, but it presented a problem:

Those gold-backed currencies required TRUST in banks and government to not issue an amount in EXCESS of their gold reserves.

It is attested that this TRUST has repeatedly been broken during history, and in 1971, the peg to gold was broken entirely, giving central banks unlimited capacities to compromise the scarcity of money arbitrarily, hence stealing money from society and gravely deepen the gap between rich and poor.

Let’s think about the US Dollar $, which initially was used as a ‘legal claim’ for redeeming gold stored in banks vaults, but on Friday, August 13, 1971, the president in charge, Richard Nixon took the US off the gold standard, causing the slow but inexorable devaluation of the dollar.

The abandonment of the gold standard led the way for an evolution (although quite debatable) of money into its current form, the FIAT MONEY (deriving from Latin ‘let it be so / let it be done’) basically an authority that the government opposes to people and it bases itself on the concept of TRUST on the government saying the piece of paper holding in your hands has value.

It is important to understand the core elements that determine what money is since we spend a substantial part of our lives to earn money, save money, invest it, and all the uses we could think of in the broader aspect of our modern network economy.

The point of this article is to get you thinking more about what modern FIAT money is, what it takes for you to obtain it, and the fact the money, as we know it is basically a ‘game’ propped by really dangerous monetary policies that all led to an erosion of TRUST in both government and institutions alike.

In this regard, the blockchain and associated technological changes will massively disrupt current economic conditions. The industrial revolution ushered in a world where business models were predicated on hierarchy and financial capitalism.

The blockchain revolution will see an economy dominated by human capitalism and greater individual autonomy.

How that unfolds is unclear at present. Entrepreneurs and innovators will resolve uncertainty, as always, through a process of trial and error. No doubt, great fortunes will be made and lost before we know exactly how this disruption will unfold.

SO YOU THINK YOU KNOW MONEY? was originally published in The Capital on Medium, where people are continuing the conversation by highlighting and responding to this story.