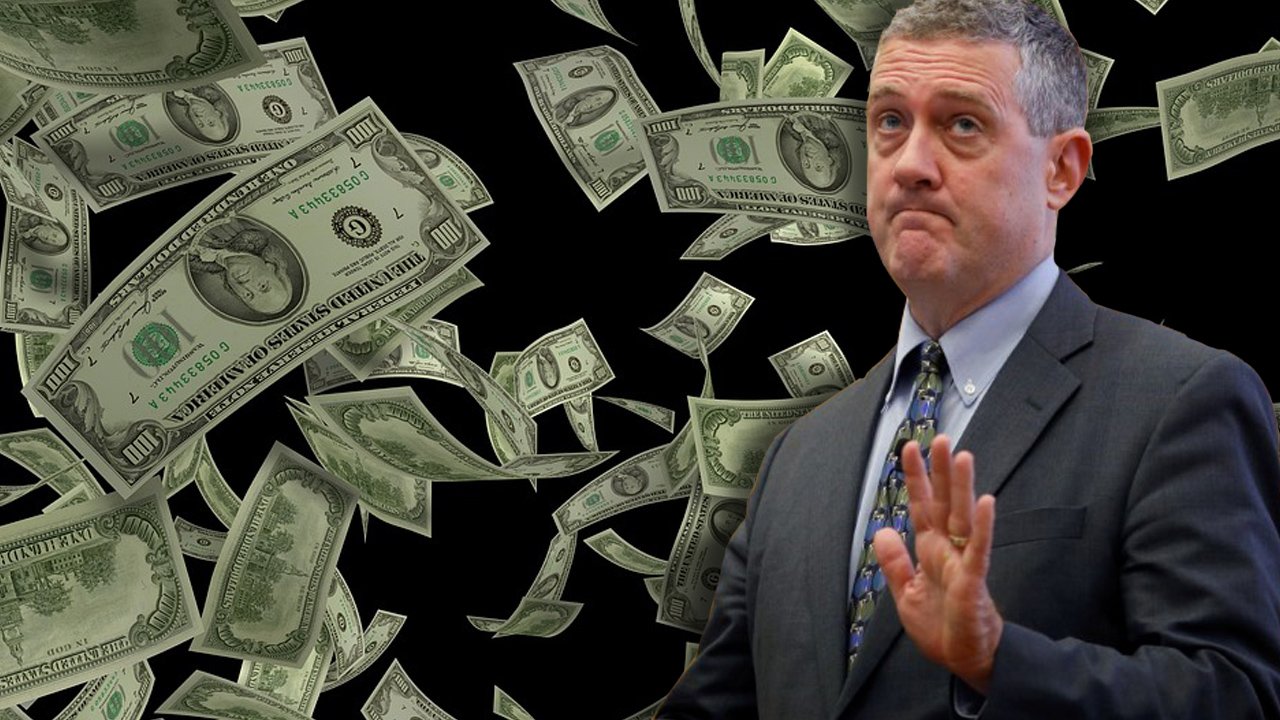 St. Louis Federal Reserve president James Bullard told the press on Tuesday that he thinks the U.S. central bank needs to wind down the buying of $80 billion worth of monthly bond purchases. Bullard says he would support tapering starting as early as November, in order to “react to possible upside risks to inflation next year.”

St. Louis Fed President Has Been ‘Advocating Trying to Get Finished With the Taper Process’

On Tuesday, Bitcoin.com News reported on the rising concerns over inflation as the Federal Reserve’s latest Survey of Consumer Expectations (SCE) report explained U.S. households believe inflation will be higher a year from now. It’s been more than 20 months since the U.S. central bank started its massive quantitative easing (QE) programs to combat the disastrous economic consequences of government-ordered lockdowns and supply chain shutdowns.

*BULLARD: CONCERNED THAT INFLATION RISKS ARE TO THE UPSIDE

The government and Federal Reserve bailed out major businesses and sent stimulus payments directly to American taxpayers as unemployment skyrocketed and people could not pay their bills. The U.S. government also made it so landlords across the nation could not evict tenants because of an enforced eviction moratorium. In addition to all these swirling problems, inflation has reared its ugly head into the wallets of every American citizen.

Currently, the U.S. central bank participates in purchasing $80 billion of bonds and Treasury bills, and $40 billion of mortgage-backed securities (MBS) per month. Meanwhile, on the same day as our report on inflation, St. Louis Federal Reserve president James Bullard discussed inflation and tapering back QE in a recent CNBC interview. “I’d support starting the taper in November,” Bullard remarked in his interview on the show called “Closing Bell.” Bullard further stressed:

I’ve been advocating trying to get finished with the taper process by the end of the first quarter next year because I want to be in a position to react to possible upside risks to inflation next year as we try to move out of this pandemic.

Bullard: ‘I Just Want to Be in a Position in Case We Have to Move Sooner’

Bank of St. Louis Federal Reserve Pres. Jim Bullard just said #inflation might not fall back to 2% and that we’re going to have more inflation than we’re used to for some time. This admission is a gross understatement. Soon the 1970s stagflation will look like the good old days!

As far as tapering is concerned, Bullard faces more hawkish Fed members who may not agree with tapering so soon. The critic Sven Henrich from northmantrader.com isn’t buying all the Fed talk about inflation being “transitory.” “Before you know it, transitory will be replaced with the new normal,” Henrich tweeted on Wednesday.

“The combined assets of the Fed and Blackrock alone equate 82% the size of the entire U.S. economy,” Henrich said a couple of hours later in another tweet. “Add Vanguard with another $7 trillion and you’re looking at 115% of GDP. Fidelity adds another $4 trillion+ for a 134% of GDP total,” Henrich added.

Bullard explained on CNBC’s “Closing Bell” that a commitment doesn’t have to be made just yet but he wants to be prepared. “There’s no reason for us to commit one way or another at this point,” Bullard concluded. “I just want to be in a position in case we have to move sooner than we’re able to do so next year in the spring or summer if we have to do so.”

What do you think about St. Louis Federal Reserve president James Bullard’s statements on tapering back QE? Let us know what you think about this subject in the comments section below.