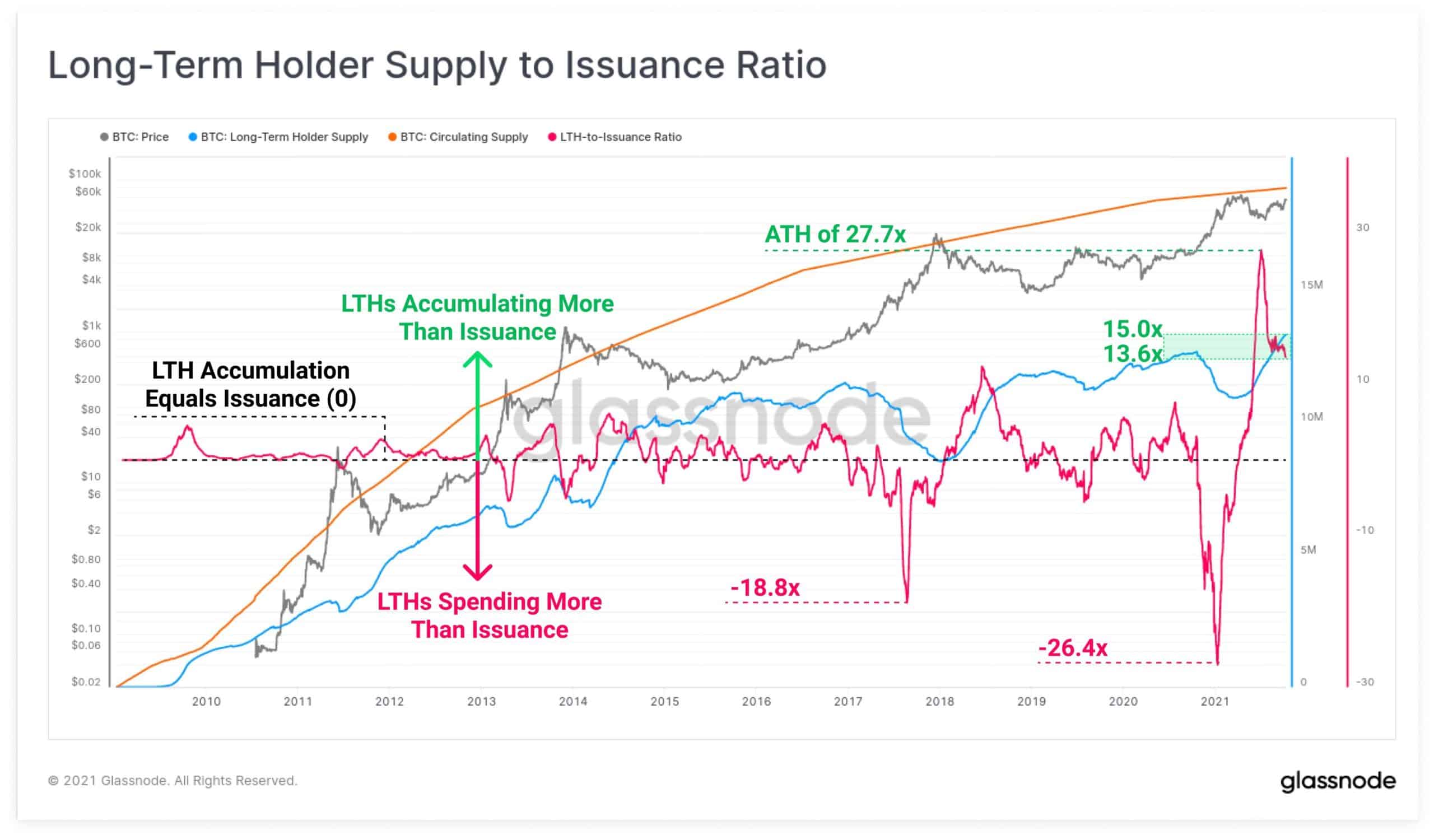 The recent price surge from bitcoin has not deterred long-term holders from keeping their portions. Recent data from Glassnode informed that the percentage of BTC supply that has been held for at least three months had reached a record of over 85%.

Citing data from the blockchain analytics company Glassnode, the Chinese journalist Colin Wu outlined the behavior of bitcoin holders and their most recent attitude towards the asset.

As the graph below demonstrates, the percentage of holders that have not moved their bitcoins in more than ten years stands at 12.3%. Those tokens are considered dormant because of it.

Similarly, those who haven’t transferred any BTC holdings between two and three years and three and five years are 10% and 12.26%, respectively.

Interestingly, the largest percentage of investors that have refused to move their coins come from those who have held for six to twelve months – 19.5%. Ultimately, 85.14% of bitcoins have not changed hands for at least three months, which is a new record.

This comes despite BTC’s price appreciation within this time frame. Roughly three months ago, bitcoin struggled at and below $30,000. It has nearly doubled its value since then, but it seems investors expect even further increases and refuse to dispose of their holdings yet.

CryptoPotato reported recently that the Long-Term Holder Supply shock went on to mark new highs, confirming the narrative that those investors do not want to sell their BTC holdings.

It seems that this trend has only intensified. Further data from Glassnode shows that the Long-Term Holders Supply continues to increase at record speeds – between 13x and 15x of the new bitcoin issuance.

Meaning, that these investors are “stacking sats 13x faster than fresh coins are being minted by miners,” the analytics firm concluded.

“Over the last 7-months, HODLing behavior has dominated, and over 2.37 million BTC have migrated across the Short-to-Long Term holder threshold (~155 days). To put this into context, only 186K BTC have been freshly mined in the same period.” – reads the company’s most recent analysis.