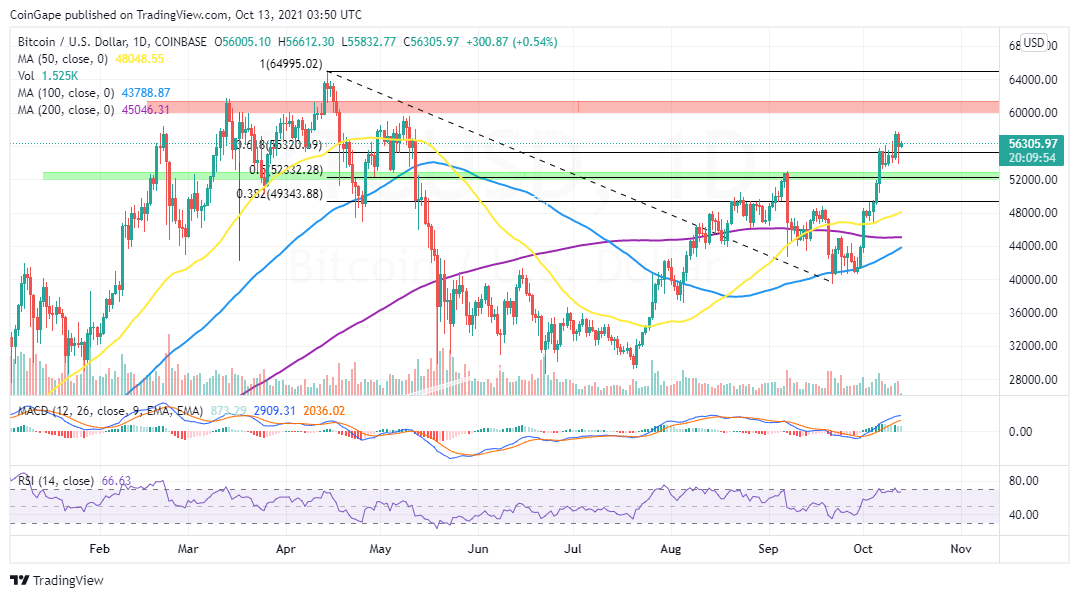 The cryptocurrency market is back in the green after a couple of retracement days, mainly for most altcoins. On the other hand, Bitcoin displays a bullish case, briefly stepping above $57,000 on Tuesday.

At the time of writing, the largest cryptocurrency trades around $56,500. Bulls are unlikely to give up on the journey to the all-time high, especially when they are closer to cracking through $60,000.

According to a recent report by the Bank of America, roughly 94 million from various developing countries would prefer digital assets to the more stable local, national currencies, weighed down by hyperinflation.

Moreover, this figure could shoot up significantly when the percentage of unbanked people in the world is considered.

In line with the declining Bitcoin reserves on exchanges, supply would be significantly squeezed. According to CryptoQuant, “if the digital gold rush really starts in emerging markets, the next few months will be decidedly overheated.”

Bitcoin price correction from $58,000 secured support around the 61.8% Fibonacci retracement level. Further down, the 50% Fibo reinforces the demand zone in green. With these two buyer congestion areas intact, Bitcoin does not have much to worry about on the downside. This means that buyers can focus on lifting above $60,000 and closing the distance to $645,000.

The overall technical picture is bullish for Bitcoin, especially on the daily chart. As the MACD moves higher above the mean line, the odds increase in favor of the uptrend. Note that a confirmed break above $58,000 will likely cement the bulls’ position and influence in the market, thus setting a precedence for more gains.