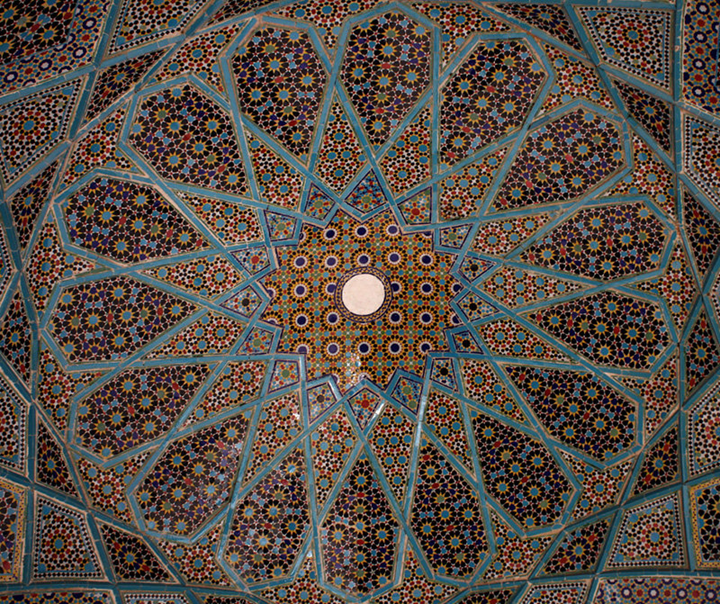 The Culture of Art — What is it Good for?

Experimentation, innovation, and creativity are driving the art world to new levels. Fine art, music, dance, and other mediums are cultural expressions that define humanity. Whether you are a fan or a skeptic, NFTs are advancing art and culture.

Disclaimer: The article is meant solely for educational purposes and is not intended for use as an investment directive. By viewing any material or using the information within this page, you agree that this is general educational material, and you will not hold any person or entity responsible for loss or damages resulting from the content.

Human innovation and progress move in spurts and are very difficult to predict. Once a few variables are involved, it is simply an experiment of near chaos and unpredictability. A perfect recipe for a primordial soup of boundless creativity. Major ingredients, such as the blockchain and NFT’s, are being thrown into the mix, which is helping to redefine the art space in exciting new ways.

Spectacular jewels will fall out of the chaos. One such jewel will be the advancement of art, in a broad and evolving space that is excitingly stimulating. We owe this to NFTs.

What is an NFT Again?

NFT’s are non-fungible tokens, which means that each NFT is unique and can’t be simply replaced by another NFT. Unlike the fungible five-dollar bill in your traditional wallet, it can be replaced by another five-dollar bill or five one-dollar bills. No difference. Similarly, Bitcoin and all cryptocurrencies are also fungible. So while both NFTs and cryptocurrencies are stored on a blockchain, have value, and are managed via a crypto wallet, NFTs are different in that each one is unique.

NFT also represents ownership of something which can be concrete assets such as real estate, automobile, event tickets, music, intellectual property (IP), collectibles, emission rights, and practically anything.

This article is not intended to debate whether or not NFTs are going to be the next tulips. No one knows. Instead, this article is about art and culture, and specifically, how NFTs serve as the catalyst for this art transformation and development.

Everydays is a collage of 5000 digital images, consisting of computer created and manually hand-drawn images. Meanwhile, CryptoPunks are low-pixelated computer-generated images, the least expensive of which is asking for about a quarter of a million dollars.

The value of such works is what someone is willing to pay for it, irrespective of anyone else. But this is not an investment column. Let’s appreciate art for the sake of art itself.

Everydays is a massive labor of love by the artist who added or created a single image a day for the collage, so it’s more than 10-years in the making. CryptoPunk is part of a limited collection of pixelated art, and CP is the haute couture. Other popular collections are CryptoKitties, Bored Ape Yacht Club, and Meebits, just to name a few.

Anyone can download and appreciate these digital art images totally for free. No NFT needed. But what the NFT owners get are the bragging rights for such popular cultural icons. Baseballs are fungible. Except for Mark McGwire’s 70th Home Run Ball, which was last sold for $3M but has since probably sunk in value due to his admitted involvement with doping.

As we undergo an increasingly digitally transformed world, ownership of these NFTs serve as personal avatars and bragging rights of who we are. The NFT is transferable, liquid, and may appreciate in value or not.

Interestingly, owning the “Everydays” NFT does NOT include the copyrights, which is still owned by the original artist, Beeple. And as such, NFTs can embed transfer royalty rights in the NFT smart contract, which would pay a percentage of any transfer to the original owner who retains such copyrights.

CryptoKitties do what kitties do: sleep, eat and breed. But they don’t knock things off of tables, but they are still evolving. Maybe in the next generations. FYI — earlier generations tend to command higher prices in breeding NFTs.

If you own two or more CryptoKitties, you can breed them together. Alternatively, you can breed one of your own with a publicly available stallion(m) or dam(f). After paying a fee, to breed a new CryptoKittie is minted, which inherits random traits of the parents, so you can’t determine exactly what the descendants will acquire. They can be sold on the marketplace, and if your kitty has a rare trait, their value will go up.

You can also breed with a publicly available parent. And since CryptoKitties are on the blockchain, a newly minted CryptoKittie may express recessive “cattributes” of much earlier generations. This provides a gaming feature and potential hidden value with each CryptoKittie.

There are many forms of algorithmic art, and NFTs are bringing greater attention and awareness to the different forms. Many of you may be familiar with the popular technique of drawing with colored pencils using a set of assorted gears known as Spirographs.

Computer-generated rendering includes taking a set of images which constitutes the set of palette inventory. The computer program takes an image and chooses the closest image from the inventory to replace the pixel. The result is a modern take on impressionism.

Yet another technique is rendered using threads pulled across a shaped canvas, usually, a circle which works the best as it gives the computer the greatest set of fine-grained options from which to choose the chord (any line drawn through a circle) placement. Tacks are placed in a circular, equally spaced ring around the canvas from which threads are strategically tied across. The computer program decides where a chord needs to be positioned by outputting precise pairs of tacks, where threads are then manually pulled across by the artist.

Artists can play with program parameters such as determining the number of tacks used or the thickness of the thread, or a combination of the options. The program can then display the expected results before the artist starts on the labor-intensive threading of the portrait.

These are just a few examples of different computer art techniques, but there are many and new ones that are coming out.

Islamic art dating back to at least medieval times is mesmerizing with intricate geometric designs. And when the brilliant colors are mixed in, they are absolutely stunning.

But if you carefully trace the patterns, one may notice that they are more complex than meets the eye.

Peter J Lu is a post-doctoral research fellow in the Department of Physics at Harvard University, and by serendipity, he stumbled onto this jewel of discovery while on a speaking trip in Uzbekistan.

By using techniques, such as folding, guidelines, and templates, these artisans had the building blocks from which to create intricate patterns from interesting concoctions of math and art. These Islamic arts are the forerunner to today’s computer-generated algorithmic art, which is the inspiration for many of the NFT’s proliferating in the marketplace.

Moreover, at first look, the patterns may seem random, but analysis shows that they are not random but instead fit in a carefully planned predictable way, albeit not a simple one.

Islam is a great contributor to mathematics, but it remains to be seen whether the artisans had formally developed the math and algorithms prior to the artworks or if the art was developed in a circuitous manner.

Appreciation of Islamic art is really going to take off with NFT as it can almost be thought of as the grandfather of algorithmic art, not only for its mathematical basis but because it is extremely beautiful.

While the media focuses on the sensational news of shattering NFT art prices, two important notions are sorely missed. We are completely forgetting the appreciation of what the art itself is intended for, and that is to be appreciated and enjoyed while we try to make a quick killer profit.

The other aspect of the NFT art world is that it is a platform and stimulation of incredible innovation and creativity. There is algorithmic art, perpetual breeding, and entirely new genres of artwork whether it is computer-generated or not.

Artzioneer is an exciting new platform which is developing a specialized blockchain that is specifically designed to unlock creative imaginations, foster an appreciative art and culture community, and utilize technical concerns around areas of security, usability, and efficient throughput to be the center of art inspiration. Islamic art, which has been underappreciated in the western world, is expected to take advantage and thrive on the new platform.

Whether or not art NFT’s are a good investment is difficult to predict. But at least we can take a break and appreciate the new forms of art that have emerged from the stimulus of the NFT model. The exciting thing is that this is just the very beginning.

The human mind is so creative that there is just no telling what amazing endeavors will arise from all this, but we can at least thank NFT’s for their stimulus.

The Culture of Art — What is it Good for? was originally published in The Capital on Medium, where people are continuing the conversation by highlighting and responding to this story.