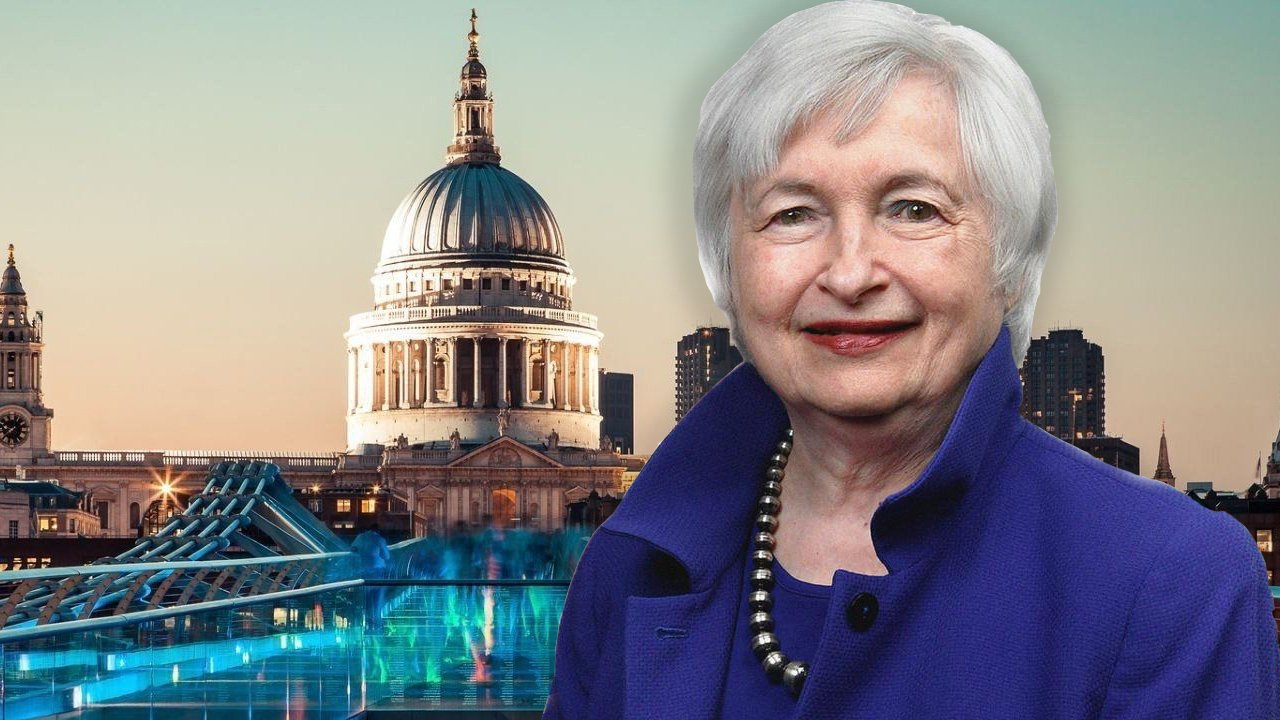 The 78th United States secretary of the treasury, Janet Yellen, is very concerned about tax evasion, according to statements she made during an interview with CNBC’s “Squawk Box” that aired on October 5. Yellen claims there’s an “enormous tax gap” and she insists financial information concerning where income derives from can get “hidden.”

The U.S. secretary of the treasury wants lawmakers to push Biden’s “American Families Plan Tax Compliance Agenda” in order to solve the issue. The proposed legislation, if passed, would require banks to report all inflows and outflows of at least $600 to the IRS.

In mid-September, Bitcoin.com News reported on Janet Yellen and IRS commissioner Charles Rettig asking lawmakers to pass the “American Families Plan Tax Compliance Agenda.” The proposed legislation aims to get all financial institutions to report deposits and withdrawals of $600 or more to the American tax agency, regardless of tax liability. Despite the apparent criticism from banks, privacy activists, and even state treasurers, Yellen has once again defended the idea.

Ostensibly, the Tax Compliance Agenda is aimed at high net-worth individuals according to the Biden administration. The collected information “would be helpful indicators of where it would make sense for auditing to occur,” she claimed. During the interview, Yellen was told that a number of Republican lawmakers believe the legislation is invasive to financial privacy. “Well, of course they do,” Yellen remarked. The secretary of the treasury said that the concept is not anything new.

“Right now, on every bank account that earns more than $10 a year in interest, the banks report the interest earned to the IRS,” Yellen said. “That’s part of the information base that includes W2’s and reports on dividends in other income that taxpayers earned. So collection of information is routine.” Yellen added:

It’s just a few pieces of information about individual bank accounts, nothing at the transaction level that would violate privacy. So, it is not reporting individual transactions or anything of the like. And it would be a simple thing for banks and other payment providers to provide along with the other information they’re already providing.

3 State Treasurers Believe the Tax Compliance Proposal Is Pure ‘Government Overreach,’ a ‘Gross Violation of Privacy,’ and an ‘Unconstitutional Invasion’

There are lots of people who disagree with Yellen’s statements saying that the reporting is simply routine. Missouri state treasurer Scott Fitzpatrick told the press that his government would not comply with Biden’s tax plan.

“I will stand up to this government overreach and protect the privacy of those account holders,” Fitzpatrick said. “Turning over their transaction data to the federal government is illegal under Missouri law and a gross violation of Missourians’ expectation of privacy when it comes to their personal financial records.” Fitzpatrick continued:

I will not turn this information over to the IRS voluntarily and will fight in court to block any attempt by the federal government to compel my office to comply with this mandate.

Missouri is not the only state that said it will not comply with Joe Biden’s “American Families Plan Tax Compliance Agenda.” West Virginia and Nebraska both have said the states would not allow the mandate to happen. West Virginia state treasurer Riley Moore explained that only the megabanks would benefit from this trend, which he called an “unconstitutional invasion” in a statement sent to the Daily Mail.

“The impact this is going to have on community banks, this is like Dodd-Frank on steroids,” Moore added. “In terms of compliance, a community bank, to be able to be in compliance, to set that type of regime up is just going to put them out of business. So who wins? The big banks win. The same banks that were bankrolling Biden’s campaign in 2020.” Moore concluded:

The $600 requirement is absolutely unconstitutional. It’s a massive invasion of privacy, it’s huge government overreach. I don’t think any state should comply with this.

What do you think about Biden’s “American Families Plan Tax Compliance Agenda” and Janet Yellen defending the reporting proposal? Let us know what you think about this subject in the comments section below.