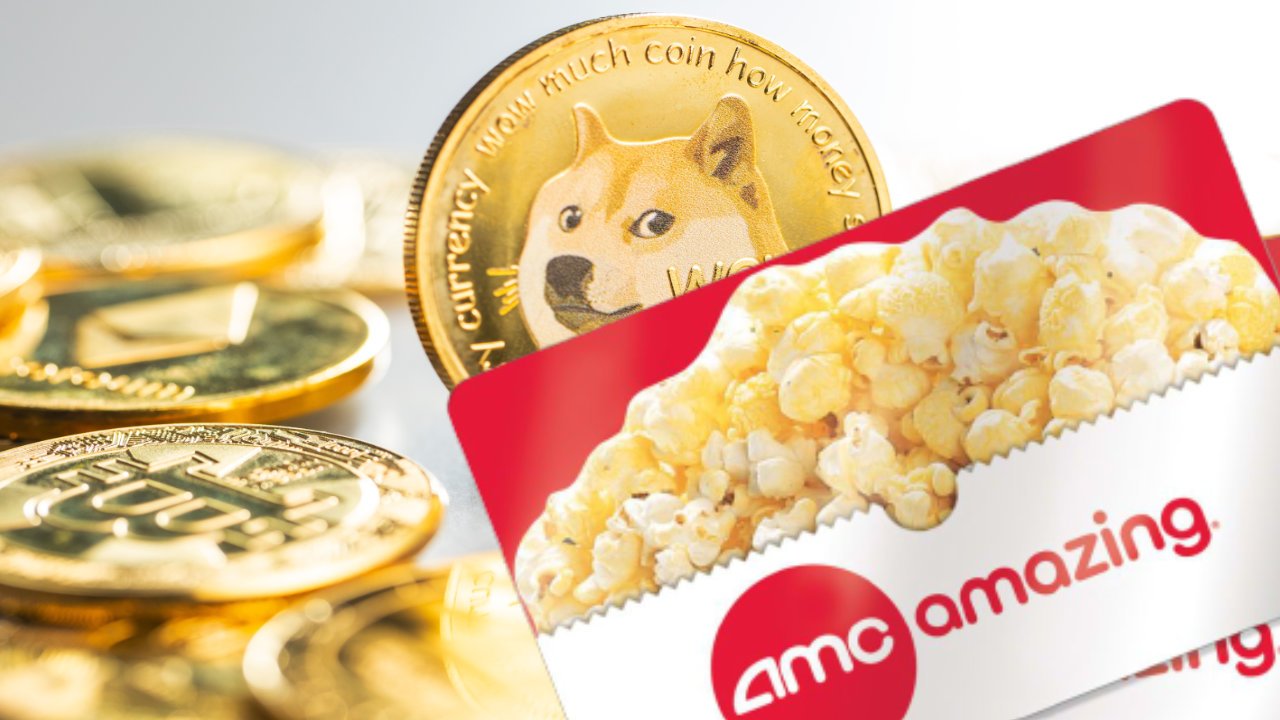 The CEO of the world’s largest movie exhibition company, AMC Entertainment, has announced “huge news” for dogecoin fans. While his company works on accepting cryptocurrencies, he said that customers can now “buy AMC Theatres digital gift cards … with dogecoin and other cryptocurrency.”

After announcing that AMC will “figure out how to” accept dogecoin by year-end alongside four other cryptocurrencies, CEO Adam Aron tweeted Tuesday that he had “huge news” for dogecoin fans.

AMC Entertainment Holdings is the largest movie exhibition company in the U.S., Europe, and the world. As of March 31, AMC owned or operated approximately 950 theaters and 10,500 screens globally.

The executive wrote: “Huge news dogecoin fans! As we work to accept online crypto payments, now you can buy AMC Theatres digital gift cards (up to $200 per day) with dogecoin and other cryptocurrency using a Bitpay Wallet. Accepted on our website, mobile app, and in theatres.” 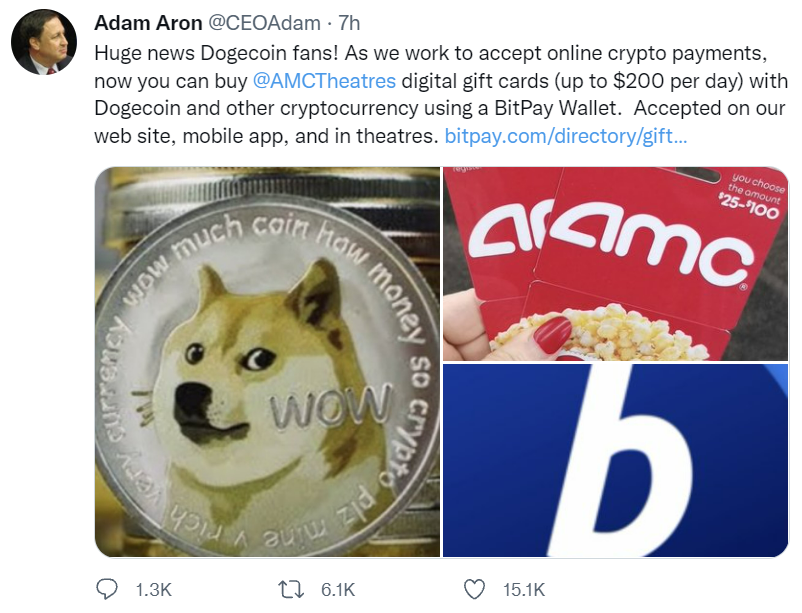 The gift card merchant directory on the Bitpay website, where AMC gift cards are listed, has over 100 listings. To buy a gift card, users are directed to install a Bitpay browser extension and use the Bitpay Wallet.

The Dogecoin community welcomes this announcement by the CEO of AMC. Many people tweeted “This is huge” and “Doge to the moon!” Although this announcement was only for gift cards, the community expects AMC to soon start accepting DOGE alongside other cryptocurrencies previously announced.

Aron announced in September that AMC would accept bitcoin, ether, litecoin, and bitcoin cash by year-end.

While dogecoin was not included in the original list of the cryptocurrencies AMC would accept, Aron conducted a poll on Twitter asking his followers whether AMC should accept dogecoin. He was overwhelmed by the results and the Doge community’s response. The CEO subsequently tweeted: “So Fascinating! Dogecoin Poll was by far my highest ever read tweet. In 24 hours, 4.2 million views, my most ever retweets, most ever replies. 140,000 votes 77% yes 23% no.” He then announced that AMC would explore accepting the meme cryptocurrency.

What do you think about AMC accepting dogecoin and other cryptocurrencies? Let us know in the comments section below.