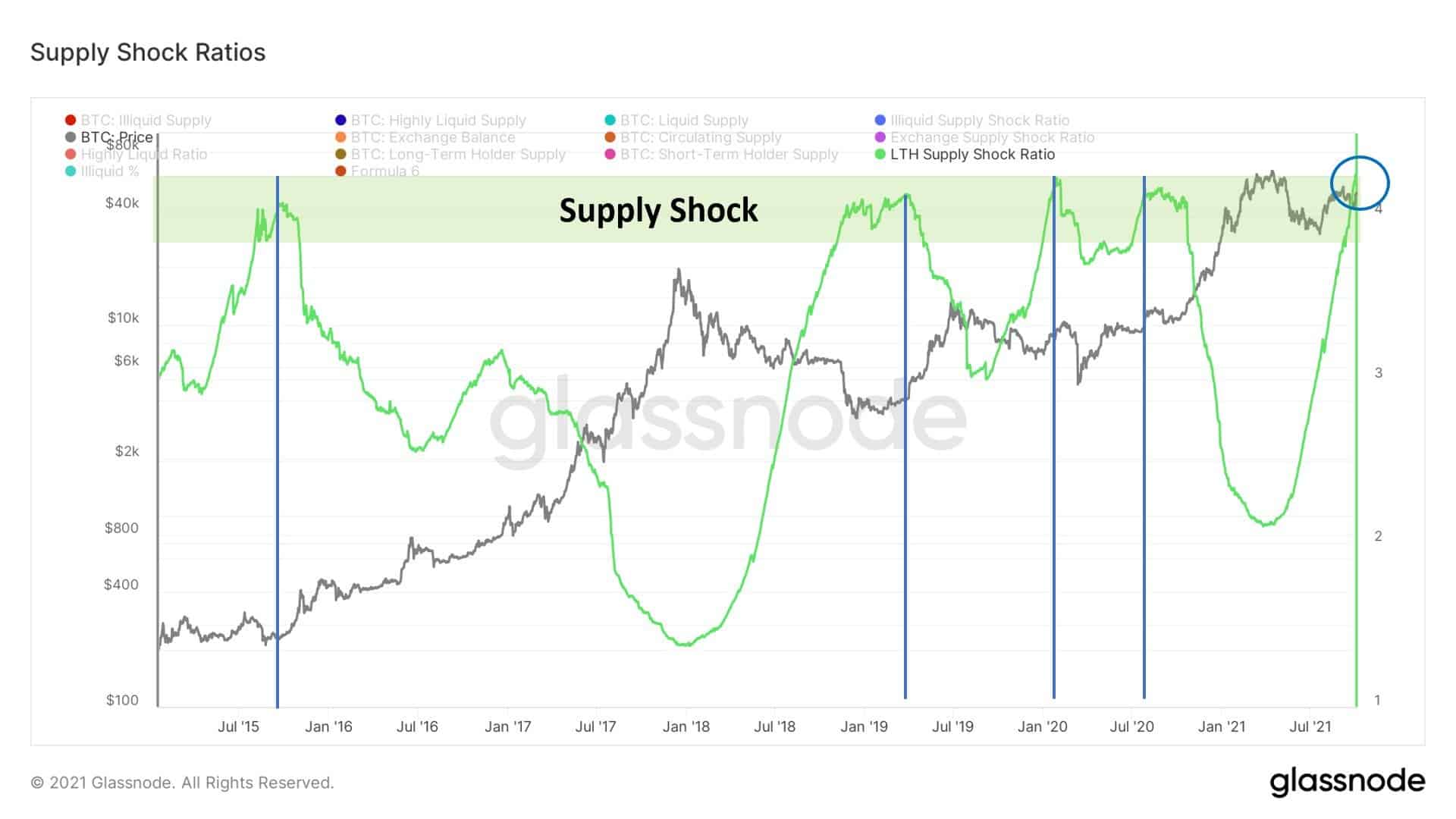 The Bitcoin Long-Term Holder Supply Shock Ratio has gone into its highest territory in years, shows on-chain data. Historic comparisons reveal that this could mean that the price of the cryptocurrency could soon head upwards once more.

Citing data from the analytics company Glassnode, popular crypto strategist Will Clemente recently outlined the significant trend change of long-term holders and their behavior towards the primary cryptocurrency.

This coincides with numerous previous reports claiming that such investors, typically regarded as those who refuse to sell their coins for one year or more, have retained their BTC portions even in times of enhanced volatility.

The metric – Long-Term Holder Supply Shock – essentially considers the coins that have not moved in a long time. Consequently, they are considered unavailable compared to the tokens that were recently transferred and are regarded as more available.

As the graph above demonstrates, the LTH Supply Shock Ratio has skyrocketed since the middle of this year and is currently at records levels. Clemente described this as a widely bullish signal that has historically served as the catalyst for bull runs.

“Each time the metric has reached the upper bound of the highlighted green range, we’ve seen major price appreciation over the coming months.”

The cryptocurrency community has never been short of predictions where BTC’s price will be at the end of a particular year. However, it seems that the next few months, meaning the end of 2021, are particularly discussed.

The number of people that have forecasted a $100,000 per coin price by December 31st includes the CEO of Chainalysis, Adam Back, analyst Kevin Wadsworth, Tom Lee, Anthony Scaramucci, and more.

Interestingly, this is also the same price tag the popular stock-to-flow model envisions. By describing the stock as the size of existing reserves (stockpiles) and the flow as the annual supply of bitcoins, the S2F and its variations see bitcoin going well within a six-digit territory in the next few months.

Even the creator’s worst-case scenario, which is more bearish than the S2F, predicts that BTC will eventually go above $100,000 in December this year.