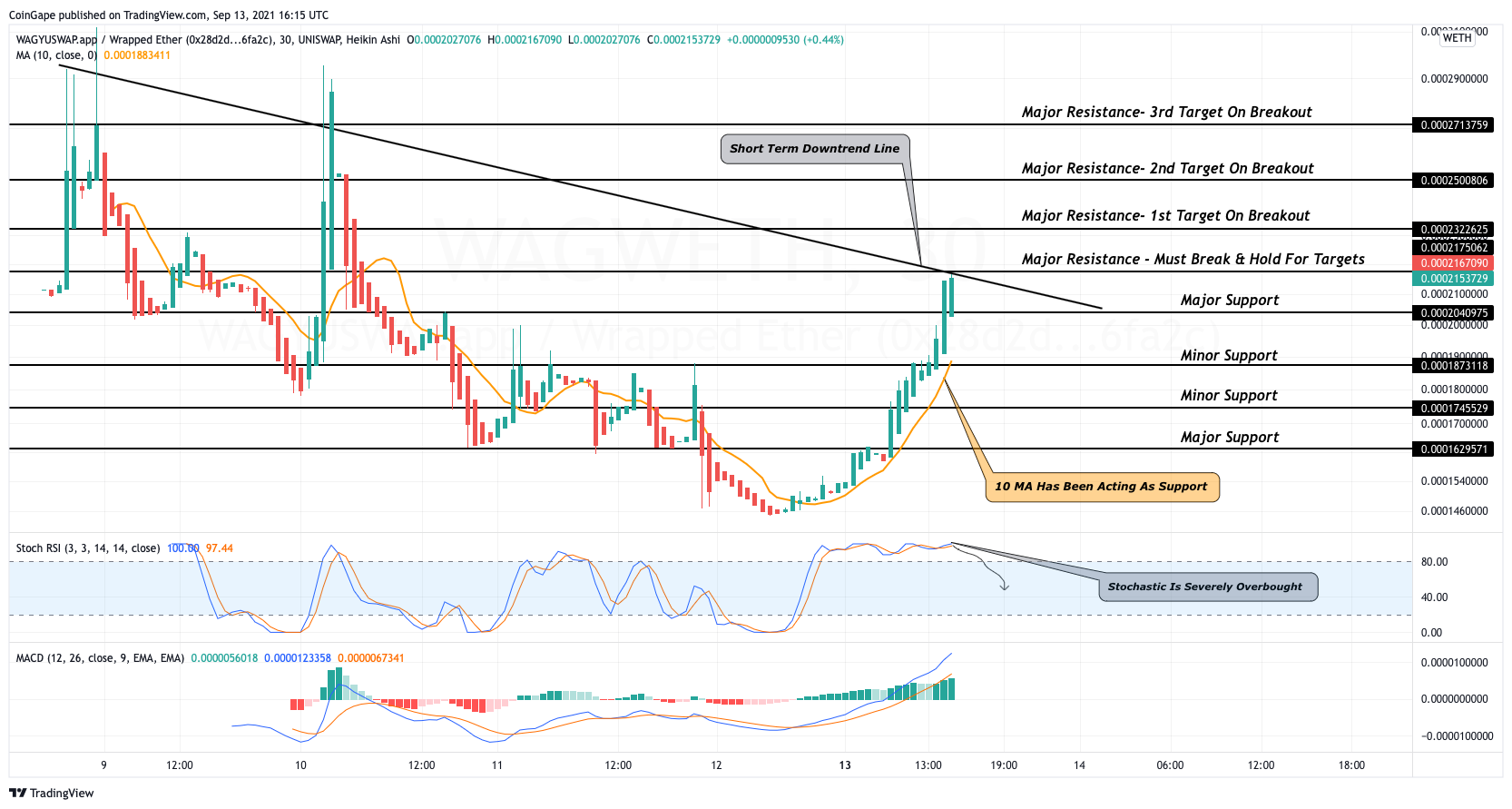 WagyuSwap describes itself as the the First DEX (decentralized exchange) to be built on the fastest blockchain known as Velas. WAG aims to offer swapping solutions better than Uniswap or SushiSwap as it is built on a much faster blockchain. Since their token release last week, WAG has gained a significant amount of traction as the number of watchlists that added WAG on CoinMarketCap is nearing 800,000.

This is very impressive as most coins have less than 500,000 adds to watchlists. After a large downfall the past few days, WAG has rebounded tremendously over the last 24 hours as its up nearly 1000% on the USD pair.

While viewing the chart, keep in mind this is the WETH pair. Viewing the last week of data, we can see WAG was in a downtrend until it hit a bottom yesterday around 0.0001451 WETH. Since then, prices have risen nearly 40% In just over a day. This is an impressive rebound as WAG still is just gaining traction.

At the time of writing, WAG has just reached its short term downtrend line. This trend is also near a major resistance level of 0.0002175 WETH. If bulls manage to break & hold this level, expect WAG to reach the given targets.

At the time of writing, WAG is attempting to hold a major support zone of 0.0002045 WETH. If this level fails to hold, we should expect WAG to fall down to its next major support level of 0.0001873 WETH. This area was resistance for much time & should act as a hard bounce area. In the case bulls fail to hold this level, WAG may be in for a further fall to its next major support of 0.0001629 WETH. If this occurs, WAG will also break below its 10MA which has held as support the entire run up throughout the last day.

The post WagyuSwap Price Explodes by 38% Over Last Day, Will Bulls Power Through? appeared first on Coingape.