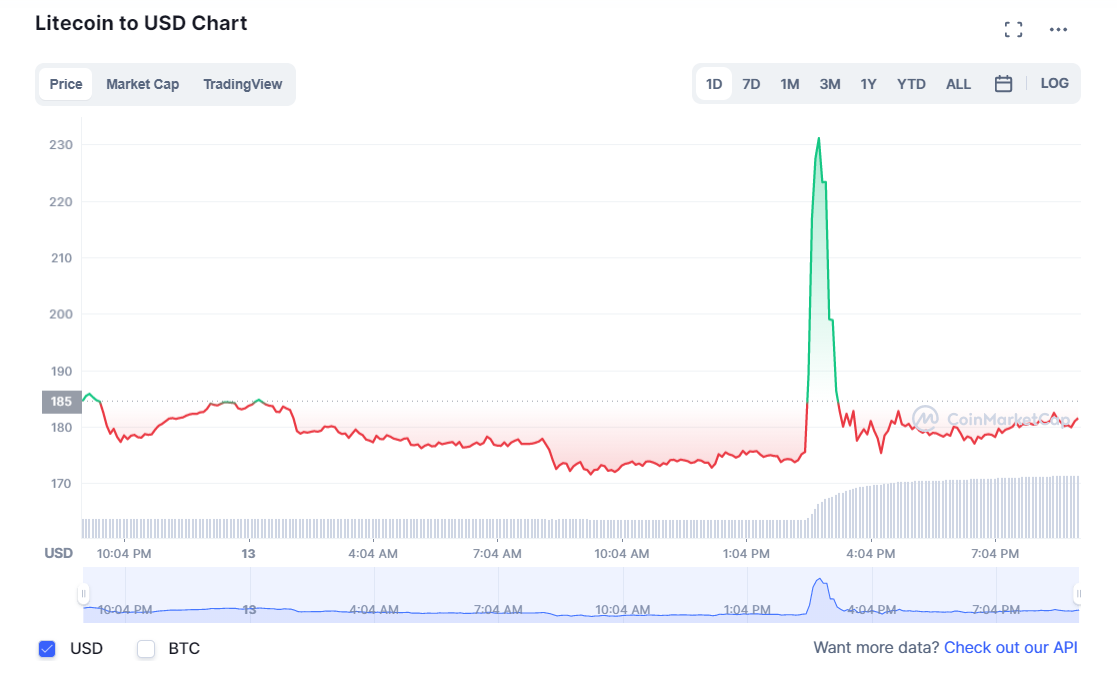 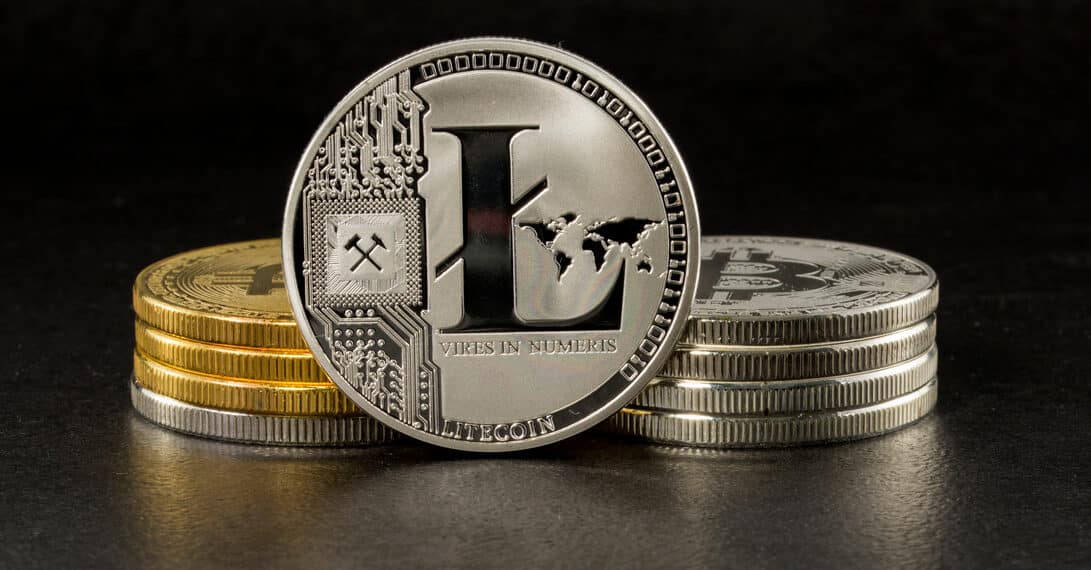 A fake press release published on Intrado-owned GlobeNewswire about the potential integration of Litecoin (LTC) by American ecommerce and retail giant Walmart Inc as a payment option has sent bullish shockwaves into the price of the digital currency. The news has been confirmed to be false by Walmart Spokesperson, Randy Hargrove. Hargrove affirmed that the retailer is in touch with GlobeNewswire to investigate how the news got published in the first place.

The fake news had been picked up by a number of mainstream media and cryptocurrency publishing sites, and many, including GlobeNewswire, has pulled down the news since it was confirmed to be false. However, Litecoin had taken off on a massive lift following the news, soaring to its highest price point of $233.06 in the past 3 months.

The Litecoin chart as seen above saw a massive shoot up around 2 pm when the news broke, and soaring to the peak before a broad sell-off sharply returned the price back to its previous base around the $175 support level. Litecoin has not recovered from the highly volatile price action and is currently changing hands at a price of $180.46, down 1.86% in the past 24 hours according to data from CoinMarketCap.

Impact of Multinational Firms on Crypto

While the Litecoin surge comes off as the biggest amongst the entire digital currencies that responded to the Walmart news, a few coins also showed increased movement, a trend that highlights the type of impact big firms like Walmart can have on the crypto ecosystem.

Rumors of this nature are not uncommon in the digital currency ecosystem. There have been related rumors that ecommerce giant Amazon was planning to integrate Bitcoin as a payment option as reported by Coingape back in July.

The news initially spiked a run in Bitcoin’s price, stirring over $640 million worth of shorts positions to be liquidated. Despite the news making major headlines at the time, the company denied any such plans, a move that stirred the price of Bitcoin from tumbling by over 8%.

The news might have done more harm than good to Litecoin’s ambitious ride to beat its previous All-Time High (ATH) of $412.96, printed about 4 months ago.