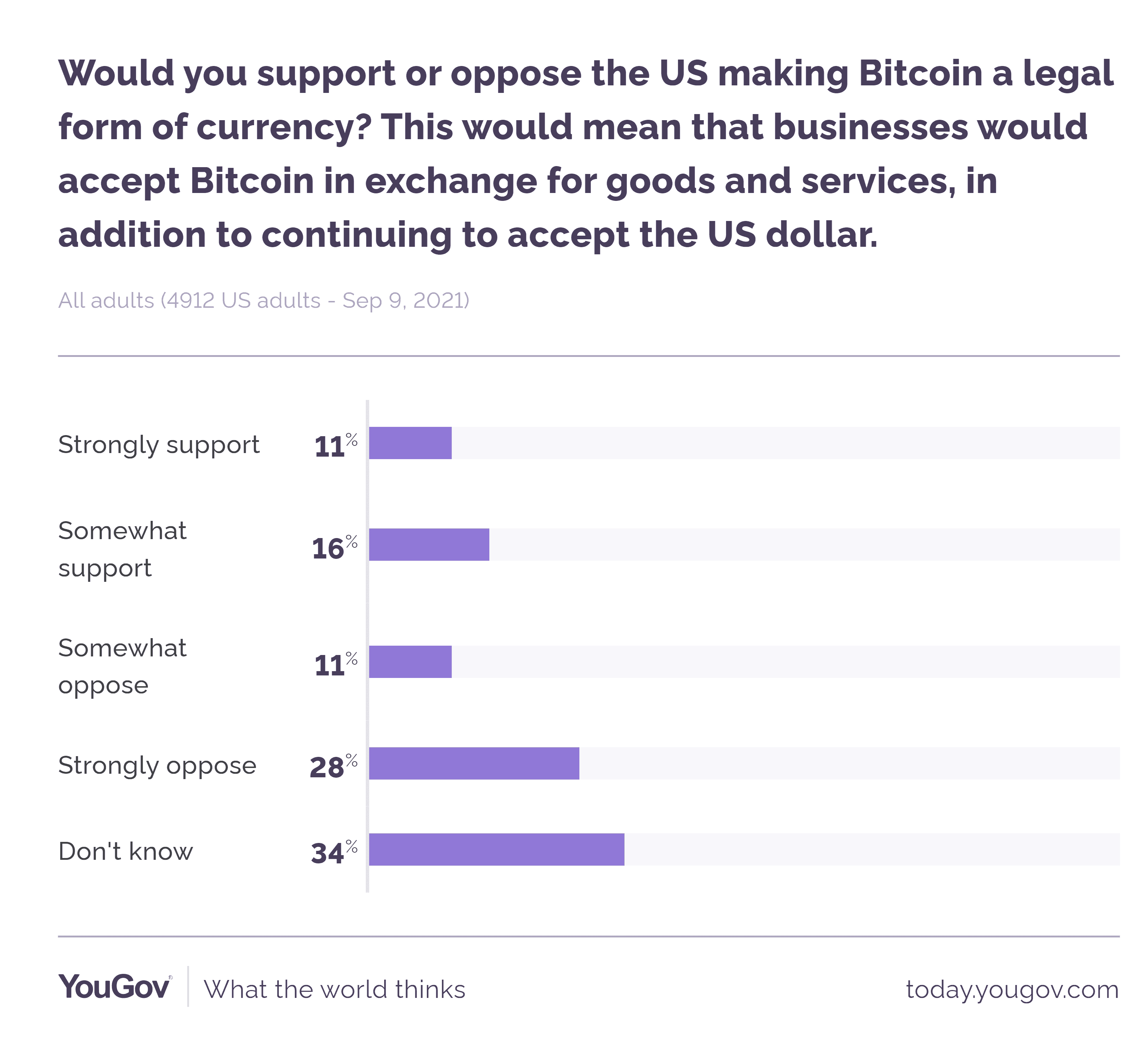 El Salvador’s decision to accept bitcoin as a legal tender is already rattling some cages. Other small nations in the region dabble with the same idea. A recent survey from the North – specifically in the United States – showed that nearly 30% would agree to have BTC as a legal currency as well.

El Salvador – a small Central American nation – shocked the world in June this year when it announced it will vote to make bitcoin a legal tender within its borders. It sounded like a dream come true for BTC maximalists, but that dream became a reality three months later.

Thus, as of September 7th, the cryptocurrency is indeed a legal means of transaction in the country, and El Salvador already purchased portions of the asset. Somewhat surprisingly to some, other nations – such as Paraguay, Panama, and Colombia – dabbled whether or not to follow El Salvador’s example – so far, though, to no avail.

While it could be more expected for smaller countries with significant financial issues to turn to an alternative option like bitcoin, it sounds near impossible for the world’s largest economy – the US – to do the same (at least for now).

A recent survey conducted by YouGov – a data analytics company – showed that actually, most Americans would rather keep it this way. On the question “would you support or oppose the US making Bitcoin a legal form of currency,” 11% said “somewhat oppose,” and 28% answered “strongly opposed.”

In contrast, the percentage of people who “strongly” supported the idea was 11%, and those who were “somewhat” in favor were 16%. 34% responded that they are not certain.

The study also broke down the answers in different categories ranging from the participants’ location to gender and age. For instance, those from the West were more in favor of such a potential law, while people from the Midwest opposed it the most.

Males were also slightly more optimistic than females, most of which said they weren’t sure whether adopting bitcoin legally was a good idea.

When it came down to age, the results were expected to a large extent. Participants aged between 25 and 34 were mainly inclined to have BTC legalized, while 55 and over were firmly against it.