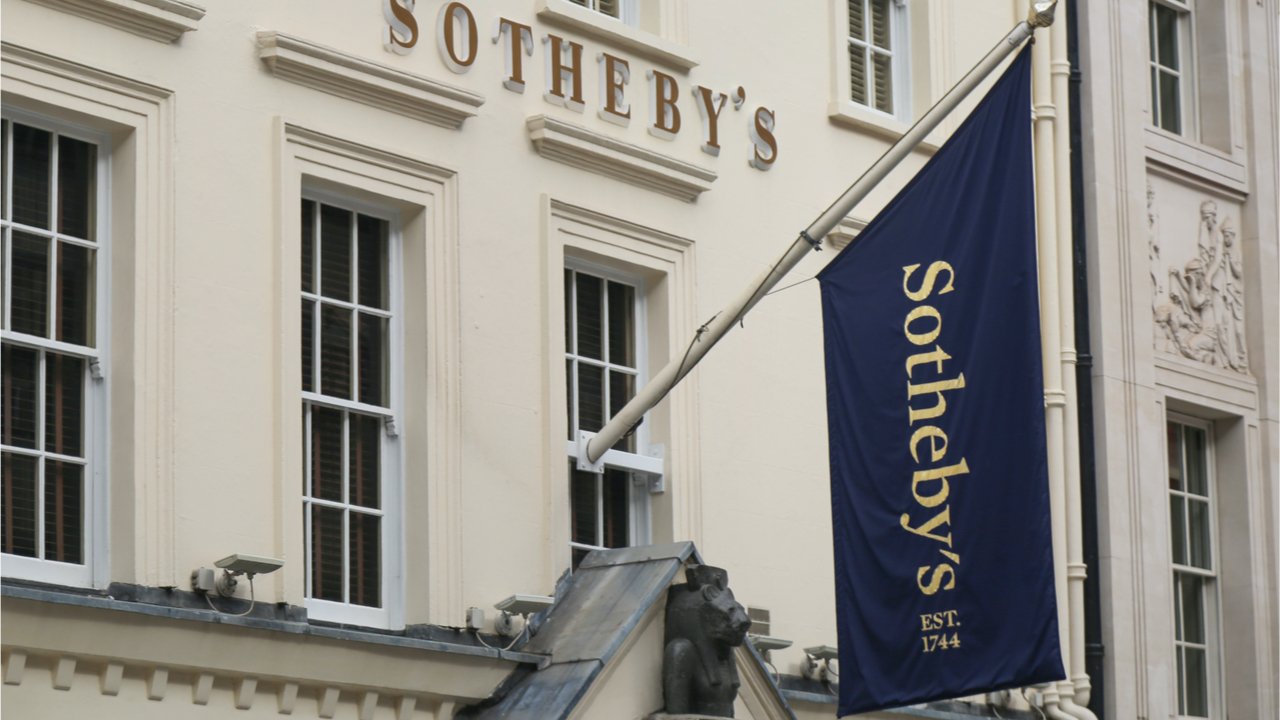 The British-founded American multinational corporation headquartered in New York City, Sotheby’s, closed the Yuga Labs “101 Bored Ape Yacht Club” non-fungible token (NFT) collection auction at $24.3 million for the lot. The auction ended on September 10 and surpassed the expected settlement for the NFT lot which was estimated to be around $12-18 million.

NFT project the Bored Ape Yacht Club (BAYC) has been a popular non-fungible token collection since the project’s inception. Many of the NFTs have sold for hundreds of thousands of dollars for a single BAYC NFT. There are approximately 10,000 BAYC NFTs in the original collection and 5,423 unique ethereum addresses own at least one BAYC NFT. Onchain statistics show one address owns approximately 105 Bored Ape Yacht Club units and data shows the collection is the fourth largest in seven-day sales this week.

Dappradar.com stats indicate that the BAYC collection has seen $44.82 million in sales this week which is down 64% since last week. This week saw 368 BAYC NFT traders, which is around 58% lower than the number of traders the week prior. The $44 million worth of BAYC NFT settlements stemmed from 259 sales this past week. In addition to the BAYC sales on NFT marketplaces, Sotheby’s sold 101 BAYC NFTs for $24.3 million.

The lot of 101 BAYC NFTs contained a total of three M1 “mutant serum” NFTs and another three M2 “mutant serum” NFTs. The BAYC NFT collection owner can leverage the M1 and M2 pieces to issue Mutant Ape Yacht Club (MAYC) NFTs. That specific collection (MAYC) is the 11th largest in terms of weekly sales. Metrics show the last seven days saw $24.54 million in MAYC sales between 1,642 traders and across 1,177 sales.

The leading auction house Sotheby’s has been competing with Christie’s auction house when it comes to non-fungible token (NFT) collection auctions. Of course, Christie’s helped sell the most expensive NFT to date when Beeple auctioned his NFT for $69 million. However, Sotheby’s is no stranger to crypto and blockchain solutions as it recently revealed an auction for a rare diamond and accepted digital assets for payment. 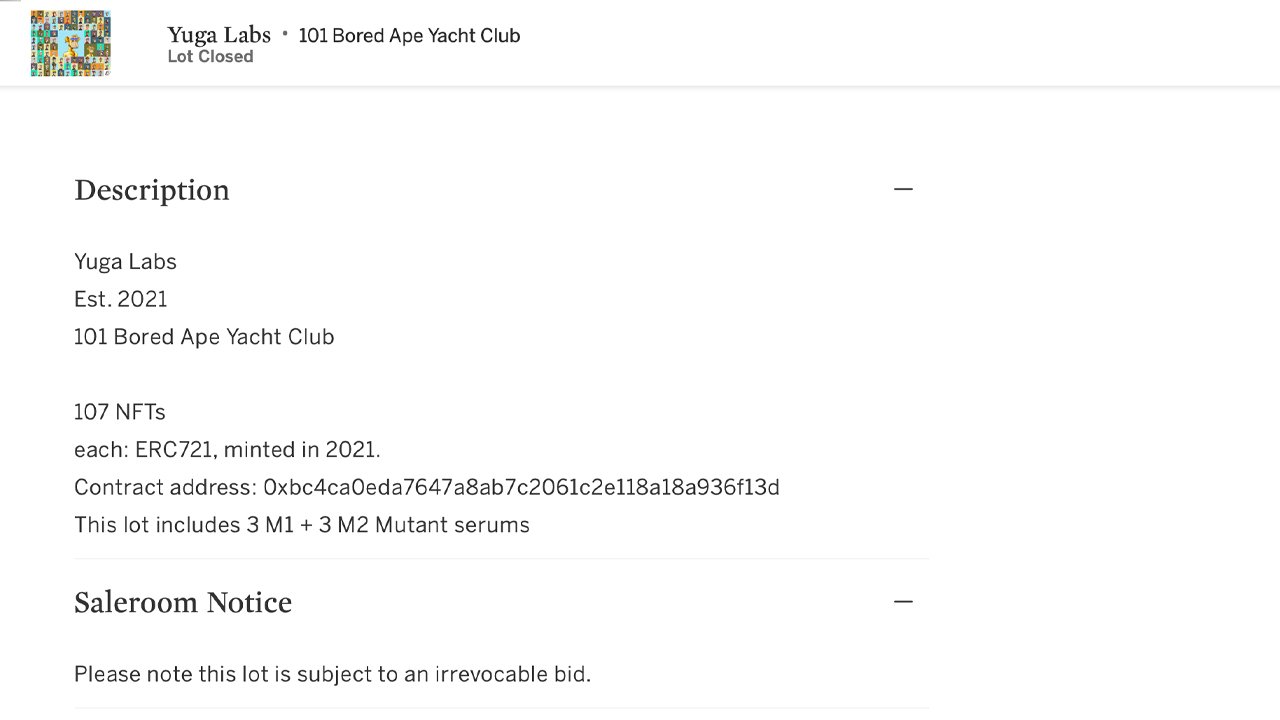 Sotheby’s sold a single Cryptopunk for $12 million in June, and the month prior the auction house said it was teaming up with Coinbase to accept crypto assets for physical art sales. Sotheby’s first joined the NFT fray in March when it partnered with a mysterious and popular artist called “Pak.” Sotheby’s auction also increased the floor price value ($130K per BAYC via Opensea) of a BAYC, at least by the auction’s settlement metrics, to $235K per BAYC.

In addition to Christie’s and Sotheby’s, the popular Asian auction house Phillips has stepped into the cryptocurrency world. During the first week of May, Phillips Auction House revealed it was accepting crypto assets for a physical art auction, which featured the popular and anonymous street artist Bansky.