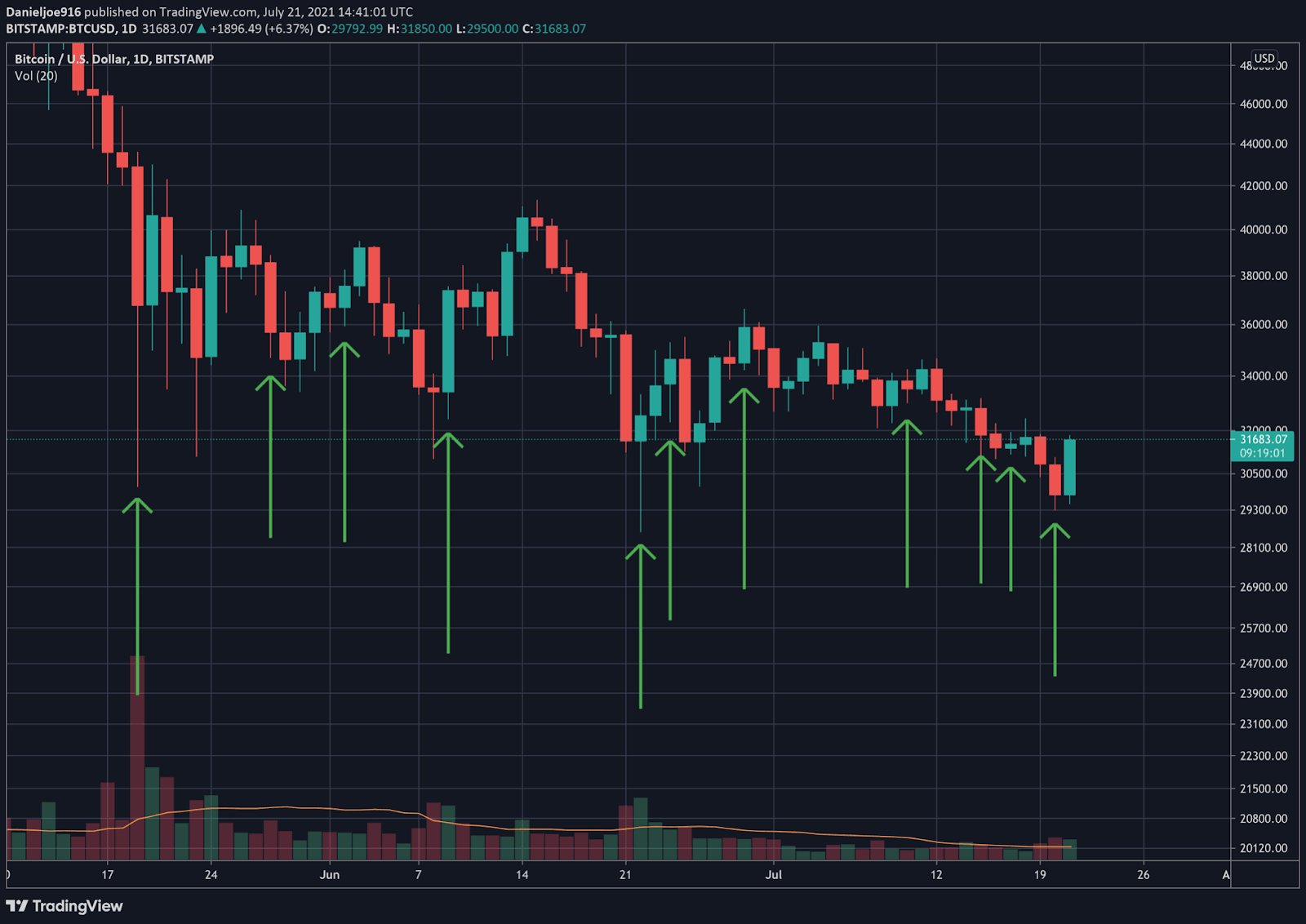 One of the more interesting wallets to look at is the third-largest BTC address. While there are many speculations about its owner, it’s currently anyone’s guess as to who it is. We know this whale entity has a priority of accumulating BTC.

The BTC address we’re looking into in this analysis is 1P5ZEDWTKTFGxQjZphgWPQUpe554WKDfHQ. For short, we’ll call it “the whale entity.”

The Coinbase wallet the whale entity interacts with is 1FzWLkAahHooV3kzTgyx6qsswXJ6sCXkSR. For short, we’ll call it “kSR.”

Inflows and outflows from this particular whale wallet have consistently gone to a specific Coinbase wallet.  When BTC approaches technical resistance or over-heated levels to the upside, the whale entity usually transfers a small percentage of its total BTC holdings to “kSR.”  This activity has matched specific market tops or areas of resistance for BTC throughout 2021.

On some occasions, deposits of BTC into the whale entity have been linked to exchange wallets on OKEx.  Interestingly, the wallet ending in Watktx is labeled with the same identifier as the Coinbase Wallet. Overall, the activity of this whale entity suggests they use Coinbase as the primary exchange to accumulate and or sell BTC when needed. 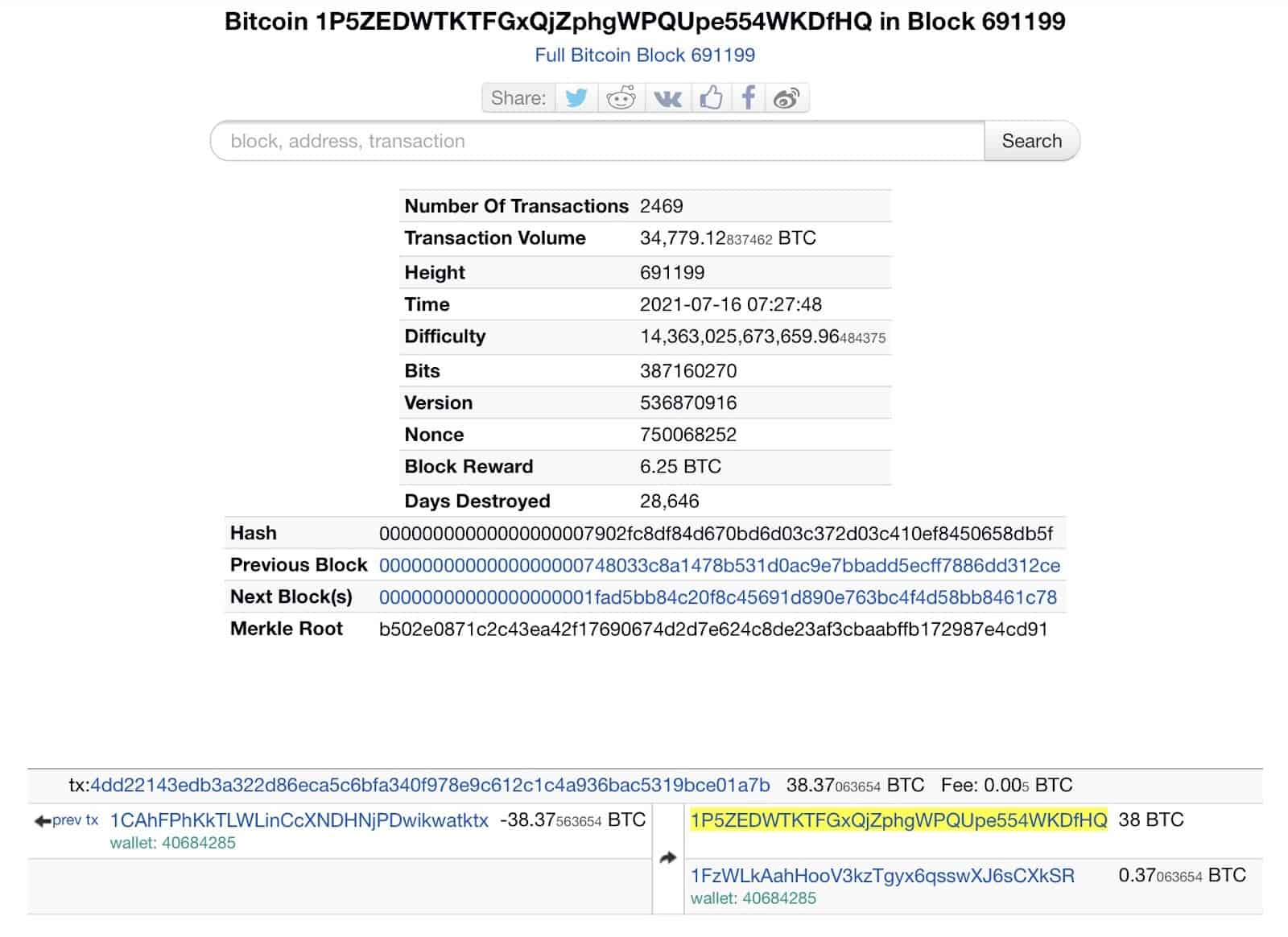 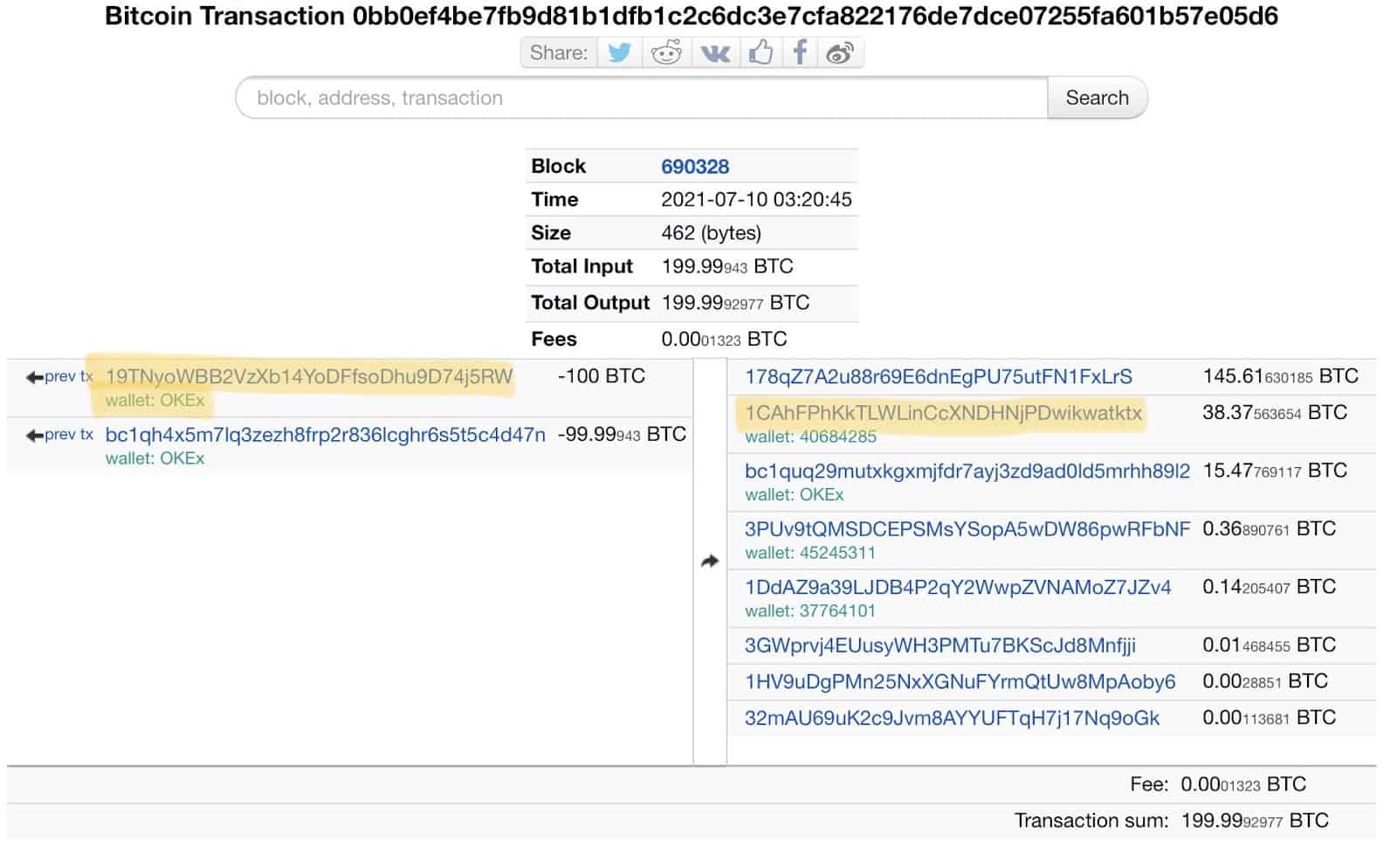 According to Bitinfocharts, this whale entity has been quietly accumulating BTC between $30k to $39k after selling between $54k to $63k.

As of July 17th, 2021, the whale entity has 410 Ins and 44 Outs, meaning 90% of the activity is receiving BTC. Judging by its current balance, it’s quite clear that the address is accumulating.

The whale entity follows patterns of selling small amounts of BTC, usually 10% of the total position, whenever there is a very large rally, only to buy back on dips and continue to accumulate.

The selling occurred while BTC was entering a distribution phase where price consolidates, bearish divergence forms on the charts, and whales start selling to retail investors. As we all know by now, in May 2021, a series of FUD flooded the market and caused the largest liquidation event in BTC history.

Fear began controlling the market, but this whale entity confidently started to accumulate BTC again at $41k, just under the previous highs from January 2021

BTC’s price continued to see selling pressure and fell to a low of $30k and began to form what could be a consolidation phase known as the Wyckoff Accumulation. On the way down, the whale entity added a few thousand BTC between $36k to $39k, continuing to average down in cost.

On June 15th, BTC attempted to push above major resistance at $40k but failed to hold onto gains and pushed lower into the trading range.  The whale entity managed to sell 1500 BTC at $40.5k, likely to reduce risk, anticipating potential retests of the lows.  Since then, this address has not sold a single BTC and has consistently accumulated BTC. 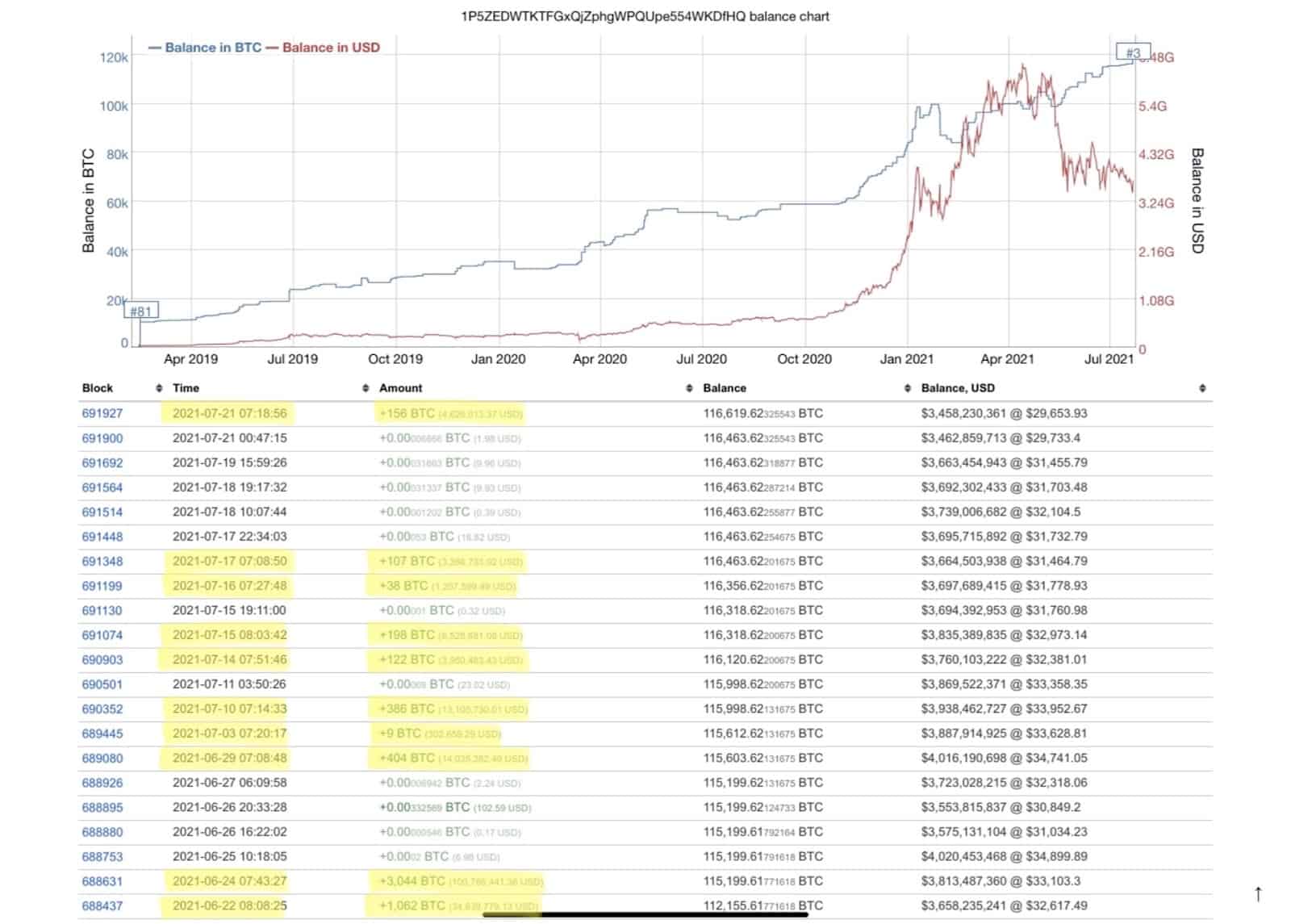 These astounding figures further support the bullish on-chain data showing strong accumulation in BTC, increasing illiquid supply as bitcoins are being bought by entities with a history of low selling, large net outflows during consolidation, and less aggregate volume on drawdowns.

The market “appears” to be fearful, but this whale entity is quietly accumulating BTC at current prices, anticipating a bright future ahead.