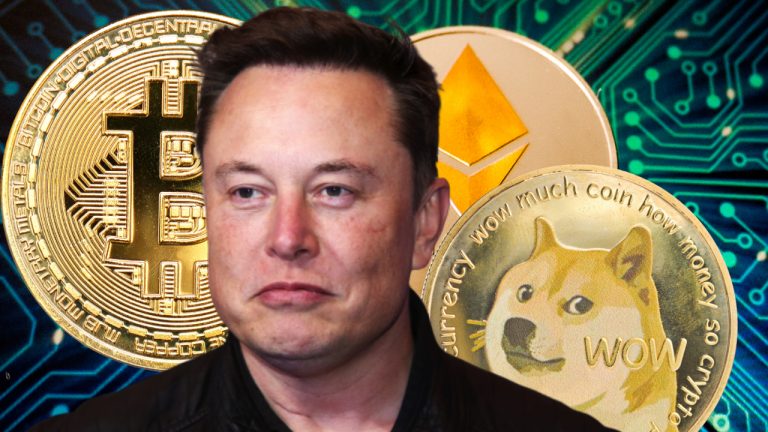 Spacex and Tesla CEO Elon Musk has revealed that he personally owns bitcoin, ethereum, and dogecoin. Meanwhile, his companies, Spacex and Tesla, own bitcoin. He also said that bitcoin’s energy usage “is shifting a lot more toward renewables,” and Tesla will likely resume accepting the cryptocurrency after he does more due diligence.

Responding to the question of what influenced his view on bitcoin, Musk began by outlining the benefits of the cryptocurrency. Tesla’s Technoking, who wore an evolution of money t-shirt during the live discussion, then said, “It’s got a lot of potential.”

Emphasizing, “I’m not an investor,” Musk said that the only significant publicly traded stocks he owns are the Tesla and Spacex stocks. He continued:

Apart from that, I do own bitcoin. Tesla owns bitcoin. Spacex owns bitcoin … And I personally own a bit of ethereum and dogecoin.

Musk affirmed, “In general, I am a supporter of bitcoin,” emphasizing, “The bitcoin I own is worth a lot more than ethereum or doge.”

Indicating that he doesn’t believe in selling after helping to boost prices, he opined:

If the price of bitcoin goes down, I lose money … I might pump but I don’t dump … I would like to see bitcoin succeed.

Regarding Bitcoin’s energy usage, Musk conceded: “It looks like Bitcoin is shifting a lot more toward renewables and a bunch of the heavy-duty coal plants that were being used … have been shut down, especially in China.”

He added, “I want to do a little more due diligence to confirm that the percentage of renewable energy usage is most likely at or above 50% and that there is a trend toward increasing that number,” elaborating:

If so, Tesla will most likely resume accepting bitcoin.

What do you think about Elon Musk’s comments? Let us know in the comments section below.