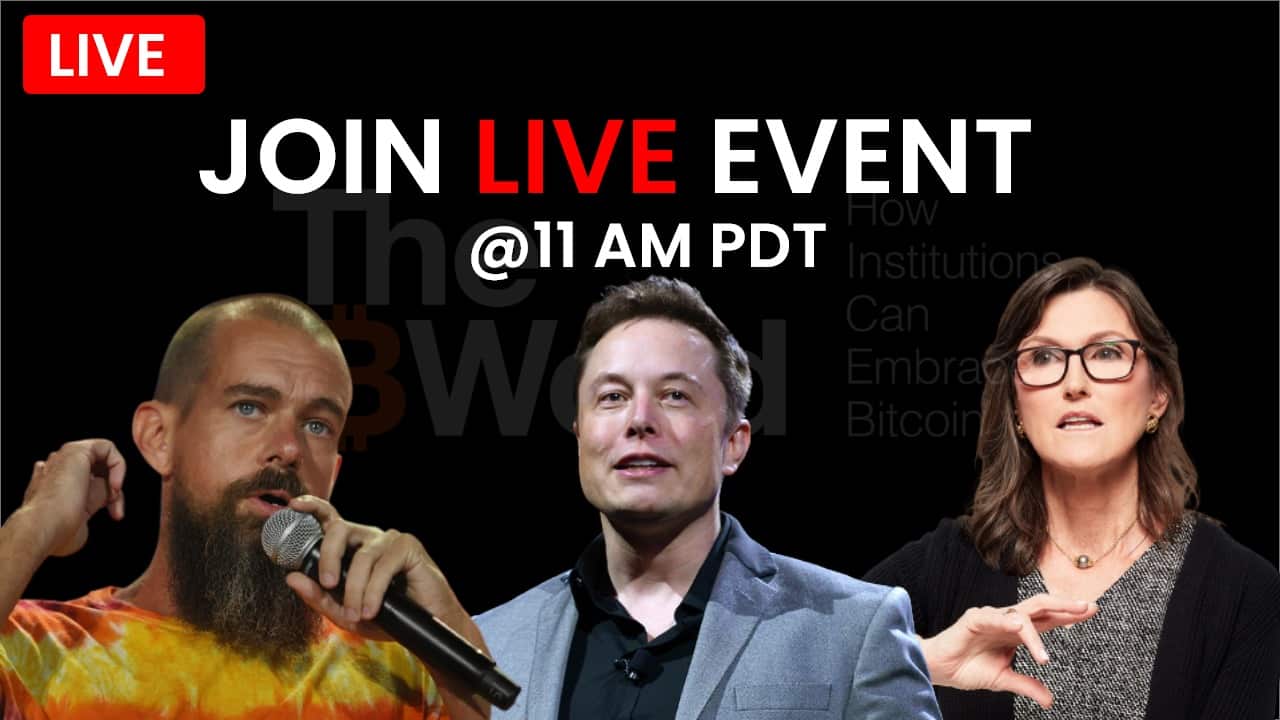 Elon Musk along with Cathie Wood and Jack Dorsey will be participating in the upcoming Live broadcast about Bitcoin, at the B-Word conference on 21st July, 11:00 AM PDT. This could potentially either spark a bullish fluctuation on the Bitcoin (BTC) charts or could very easily result in otherwise.

Tesla’s CEO has been a force of fluctuation in the crypto market. Musk’s influencer marketing has been causing the crypto sphere to become more volatile than ever. Especially, after Tesla announced that it will be accepting bitcoin as a payment method, BTC registered a bullish surge until Musk owned company took a reversal and scrapped off its earlier promises.

Tesla publicly canceled out its previous announcement of accepting BTC citing unsustainable outputs from Bitcoin Mining. BTC touched $65,000 in April and has fallen more than 50 percent since then. The bitcoin community blames Musk for advocating FUD against the top crypto. Musk’s recent obsession with meme-coins has now started another rising trendline for coins like DOGE, Shiba Inu, and Baby DOGE. While Musk promotes meme-coins, he has also been holding his stack of BTC, which has seen public scrutiny referring to his take on bitcoin’s unsustainable nature.

Elon Vs. Jack, Best Debate Ever?

Elon Vs. Jack’s showdown started in mid-May after Tesla’s betrayal to BTC. Jack Dorsey tweeted in favor of Bitcoin (BTC). Dorsey, CEO of the digital payments company Square said Bitcoin changes “everything” for the better and stated his commitment to making Bitcoin better with time.

Jack tweeted in response to Square CFO Amrita Ahuja’s tweet on the unchanged Bitcoin policy at Square Inc. She assured the users of Square’s commitment to a greener future via its Bitcoin Clean Energy Initiative.

And we will forever work to make bitcoin better. https://t.co/wssrF2U0P0

Dorsey and Musk are all set to debate over one of the most controversial topics, i.e., Bitcoin’s mining consensus and environmental impact. While, Musk has criticized Proof-of-work (PoW) based Bitcoin mining, pointing out excess energy consumption and has gravitated towards supporting proof-of-stake (PoS). Meanwhile, Dorsey has been defending PoW as key to Bitcoin’s decentralized and secured nature despite high energy consumption. He has also said that PoS is comparatively centralized and less secure.

The post Will B Word Conference Spark Another Bull Run? Elon & Jack to Debate Bitcoin Live at B Word appeared first on Coingape.