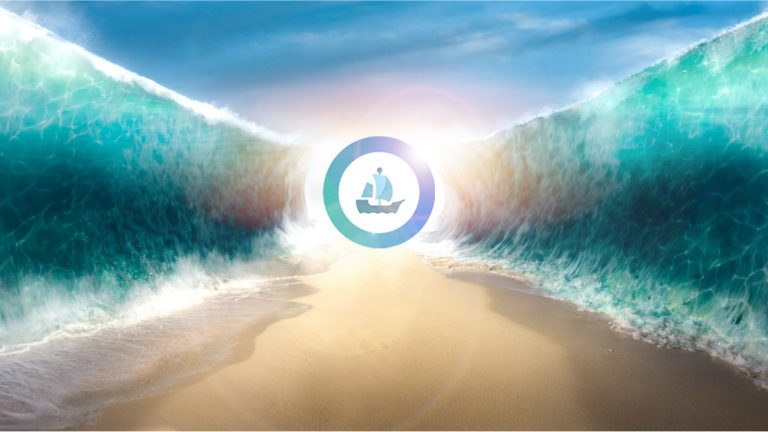 Opensea has become the latest non-fungible token (NFT)-focused firm to raise funds this year as the company announced raising $100 million in a Series B this week. The venture capital firm Andreessen Horowitz led the Opensea financing round alongside investors like Kevin Durant, Ashton Kutcher, and Tobi Lutke.

One of the largest non-fungible token (NFT) marketplaces today, Opensea, has announced the company has raised $100 million in a Series B funding round. Additionally, the project also announced it was expanding its features to “cross-blockchain support” and Opensea will start supporting the Polygon blockchain. The funding round led by Andreessen Horowitz (a16z) puts Opensea into the unicorn status of blockchain startups with a valuation of $1.5 billion after the Series B.

“At Opensea, we believe NFTs are emerging as one of the first consumer-oriented killer applications for blockchains,” the company said during the funding announcement. “NFTs are a simple primitive for digital goods (think digital art, game items, domain names, and more) with brand new properties: they’re unique, provably scarce, liquid, user-owned, and usable across multiple applications,” the firm added.

According to 30-day statistics from Dune Analytics, Opensea’s sales volume is the highest ever for the month of July surpassing last month’s record-breaking data. July has seen $174.6 million in volume but daily volume is lower than usual at $4.4 million.

Daily statistics from Dune Analytics indicate that during the first week of May, Opensea saw $23.1 million on May 4. As far as Polygon Opensea support, users can test it out today by visiting Opensea’s Matic web page. “Buyers no longer have to pay blockchain fees when making trades on Opensea, and creators can fully earn their way into crypto for the first time,” the company noted.

Opensea’s Series B follows a number of NFT-focused markets that have been able to raise millions to expand the NFT industry. Enjin raised $20 million in a token sale for the Efinity NFT marketplace that supports the Polkadot blockchain. The NFT market Rarible raised over $14 million recently and it plans to launch on the Flow blockchain.

The Mark Cuban-backed non-fungible token (NFT) marketplace Mintable raised $13 million in a Series A funding round during the first week of July. Investors and venture capital firms seem to believe that the NFT hype will stick around for quite some time, and Opensea’s latest funding shows the trend continues.