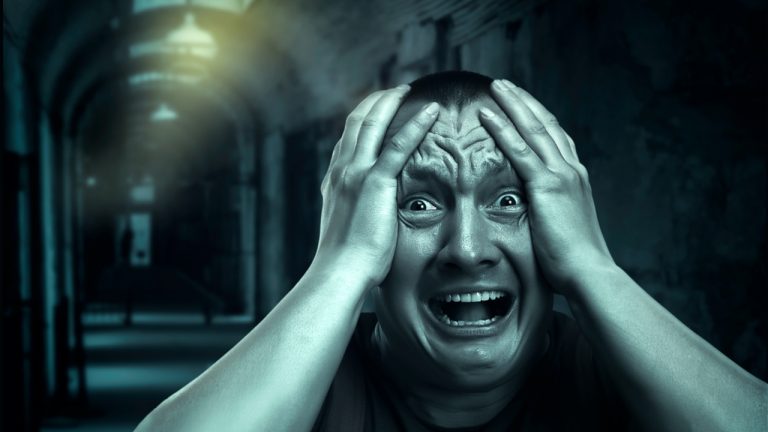 On Wednesday, following the drop below the $30,000 region, bitcoin’s price has rebounded more than 8% since Tuesday’s low. Meanwhile, the sentiment metric recorded by the Crypto Fear and Greed Index (CFGI) is extremely low, pointing to “extreme fear” in the market. Despite being a scary term, the time is usually the best time to obtain assets for a lower price. However, data from Tradingview’s technicals show bitcoin is still in the “sell” range, while bitcoin market oscillators are more “neutral.”

The price of bitcoin (BTC) tapped a low of $29,300 on July 20, 2021, and since then the price has managed to jump back above the $32,000 handle. Despite the rebound, there’s a lot of uncertainty within the crypto space as far as short-term bitcoin price predictions are concerned.

Some believe the price may plunge to the $20,000 zone again and others believe a rebound is in the cards and the next trajectory will be well above the $64K all-time high. Most traders who believe this rebound could happen, think that today’s bitcoin price movements are eerily similar to the prices BTC saw in 2013. At that time, BTC plunged to $50 per coin after skyrocketing well above the $200 handle in mid-May 2013.

Bitcoin’s price then jumped close to 2,400% after the summer 2013 low, and surged to the crypto asset’s first four-digit USD all-time high. After BTC dropped to $29,300 on Tuesday, the Crypto Fear and Greed Index (CFGI) tapped a low of ten on the charts. The score of ten is not the lowest point the CFGI metric has recorded but it is very low in comparison to most days. The last time the CFGI metric recorded a ten was in mid-June and at the end of May as well. Since the end of May, the CFGI metric hasn’t been this low in over a year as the last time the CFGI hit a ten or lower was during the March 12, 2020 market rout, otherwise known as ‘Black Thursday.’

While the extreme fear sentiment may seem dismal, traders believe it is one of the best entry points to get into any market. A market filled with panic sellers and “extreme fear” is sure to see cheaper assets than one filled with “extreme greed,” which is the highest end of the CFGI spectrum. Essentially the CFGI analyzes “emotions and sentiments from different sources and crunches them into one simple number,” the website details.

Moving averages (MA) are different and Tradingview’s MA technicals point to the “strong sell” range. Alongside this, BTC/USD oscillators are a bit warmer and are indicating a “neutral” range. For instance, the relative strength index (RSI 14) shows “neutral” and stochastic (14, 3, 3) also indicates things are “neutral.”

Meanwhile, despite the plunge on Tuesday morning, bitcoin (BTC) continues to hold a support zone. In a note sent to Bitcoin.com News, Delta Exchange CEO Pankaj Balani explains the current support, at least so far, has been reliable.

“Bitcoin has been grinding lower since the start of this month,” Balani said. “Volatility has compressed significantly with a lower range. Bitcoin is trading in a significant support zone of $29 – $31K USDT. $30K has proven to be very reliable support since May. A breakdown of this level is likely to result in a significant increase in volatility and a final capitulation of crypto assets. That said, BTC is still in the $30K – $40K rectangle until a conclusive breakdown takes place,” the Delta Exchange executive added.

What do you think about bitcoin’s CFGI metric tapping “extreme fear” and the technicals from today’s Tradingview stats? Do you agree with Pankaj Balani’s reliable support comment? Let us know what you think about this subject in the comments section below.