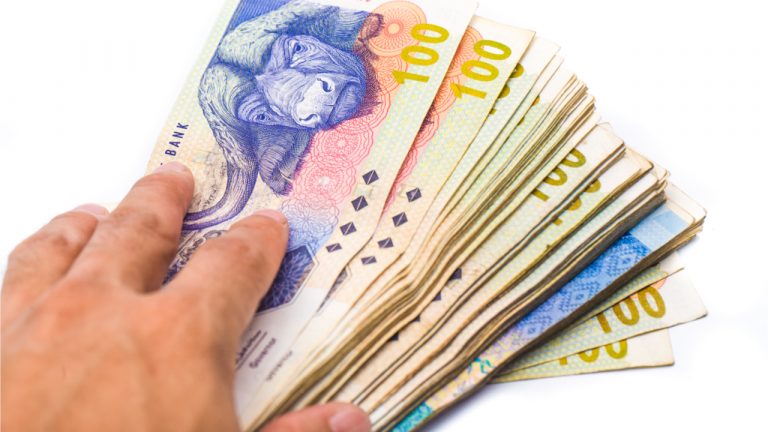 A week after more than 1,400 ATMs in South Africa were attacked during a looting spree, the country’s central bank is now asking citizens to reject banknotes that are stained with traces of blue and green ink.

According to an EWN report, the South Africa Reserve Bank (SARB) has also warned South Africans caught in possession of such banknotes that they risk becoming targets of a criminal investigation. The warning follows what the SARB termed an “increase in the circulation of dye-stained notes in KwaZulu-Natal and Gauteng.”

Immediately following the jailing of former President, Jacob Zuma, South Africa plunged into chaos after supporters of the jailed leader violently protested the incarceration. The chaos enabled criminal elements to embark on a looting spree whose cost is now estimated to run into the billions of dollars.

As the EWN report suggests, the chaos that followed the initial looting and torching of real estate property provided ATM robbers with a perfect opportunity to increase their attacks. However, South African ATMs reportedly “hold cash in special containers protected with dye-stain technology.”

This technology is “activated when the container is broken open.” When that happens, “the cash is stained with a green and blue dye, thus defacing the notes, rendering them unusable as currency.”

Meanwhile, the central bank has also urged South Africans who were given or unknowingly accepted such notes to take them to their nearest police station immediately. At the time of writing, the SARB had not shared the exact number or value of the stolen banknotes.

Do you think South Africans will heed the call to return the stained banknotes? Tell us what you think in the comments section below.