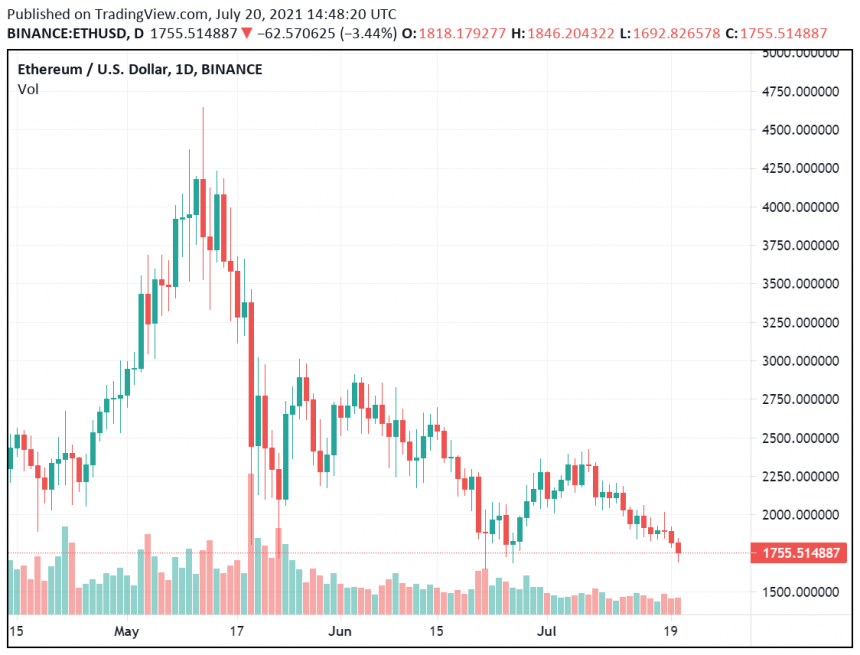 The Co-founder of the second-largest cryptocurrency in the industry, Ethereum, is set to cut ties permanently with crypto.

According to the latest news, Anthony Di Lorio plans to sell his newest venture, “Decentral,” and face philanthropic initiatives by 2022. According to what Di Lorio revealed, his plans stem partly from fears about his security.

The Ethereum co-founder revealed these plans to our source through an interview that they had over the phone.

During the session, he stated that he doesn’t want to be remembered as a cryptocurrency person but as a “problem solver” However, he also pointed out that the worries about his security contributed at least 20% to his decision to quit the industry.

But to achieve the problem-solving legacy, the Di Lorio is set to start a foundation in 2022.

A Foundation with Cryptocurrency Principles

According to Di Lorio, his upcoming foundation would operate on the principles he had earlier developed in the crypto industry. He also mentioned that he might adopt blockchain technology into his operations to solve larger problems.

The Ethereum co-founder also revealed that the funding for the foundation would come from his holdings. However, he refused to disclose the amount of money he will get from selling Decentral.

Instead, he only mentioned that his latest venture is valued at a “few hundred million dollars” Concerning the sale of Decentral, Di Lorio disclosed that he has discussed with suitors and might sell the venture for fiat or use it to join another business outside cryptocurrency sector.

As for the worth of Di Lorio himself, Forbes had placed him at $1 billion back in 2018. This was even when ETH has not risen to what it is currently. Let’s recall that Di Lorio announced his retirement from Decentral in 2019 to serve instead as its board chairman.

The Ethereum co-founder established the firm to provide wallet & crypto services. But after few months of making the announcement, Di Lorie came back to managing the firm full-time and delaying the plans to move towards philanthropy.

Will Di Lorio Cut All Ties With cryptocurrency Sector?

Di Lorio may be selling his firm Decentral and leaving cryptocurrency space, but he’s not planning to leave his principles behind.

He is not a blockchain-averse entrepreneur meaning that he might still adapt it to support his upcoming plans. Di Lorio told our source that crypto is one of the tools he has in his belt in his statements.

He further revealed that a public relations company is already part of his team for the foundation.

Also, they’re planning to hire more employees and also scale up their operations. According to him, the new foundation will work to resolve any issues and across industries.