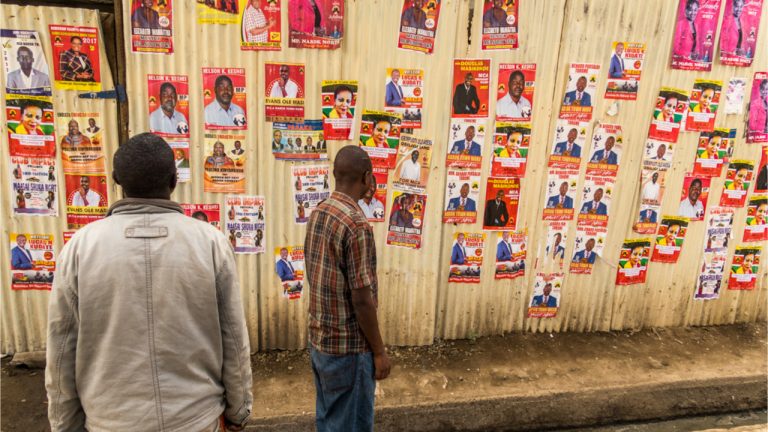 An aspirant to the post of commissioner with the Kenyan Independent Electoral and Boundaries Commission (IEBC) has urged the elections body to consider adopting blockchain technology. According to Justus Abonyo, a former official with the Social Democratic Party of Kenya, doing this will help Kenya reduce the cost of “running an election by up to 300 per cent.”

As the breakdown of the costs shared by Abonyo suggests, using an electoral management system based on a blockchain will see the cost of the ballot going down to as low as $0.50. The candidate explained:

In addition to significantly reducing the running costs, one local media outlet, the Star, also quotes Abonyo detailing other benefits that could be realized and these include “greater security and transparency.” Further, improved transparency could increase trust in election systems and help to prevent a repeat of the post-election violence seen in 2007. The violence, which resulted in a serious humanitarian and economic crisis, had been sparked by allegations of electoral manipulation.

In his comments before the selection panel for the appointment of IEBC commissioners, Abonyo used the opportunity to highlight the extent of his confidence in blockchain technology. Still, the aspiring commissioner suggested he will step down if the credibility of elections he presides over is questioned. He said:

I will listen to what observers are saying and other stakeholders like the voters themselves and if they are unanimous that the elections were not credible, I will step down.

However, Abonyo says he still expects any aggrieved party to follow due process. This according to Abonyo means he will only move to act once someone has lodged a complaint with the court. He explained:

Do you agree that blockchain technology can help enhance the credibility of elections? Tell us what you think in the comments section below.