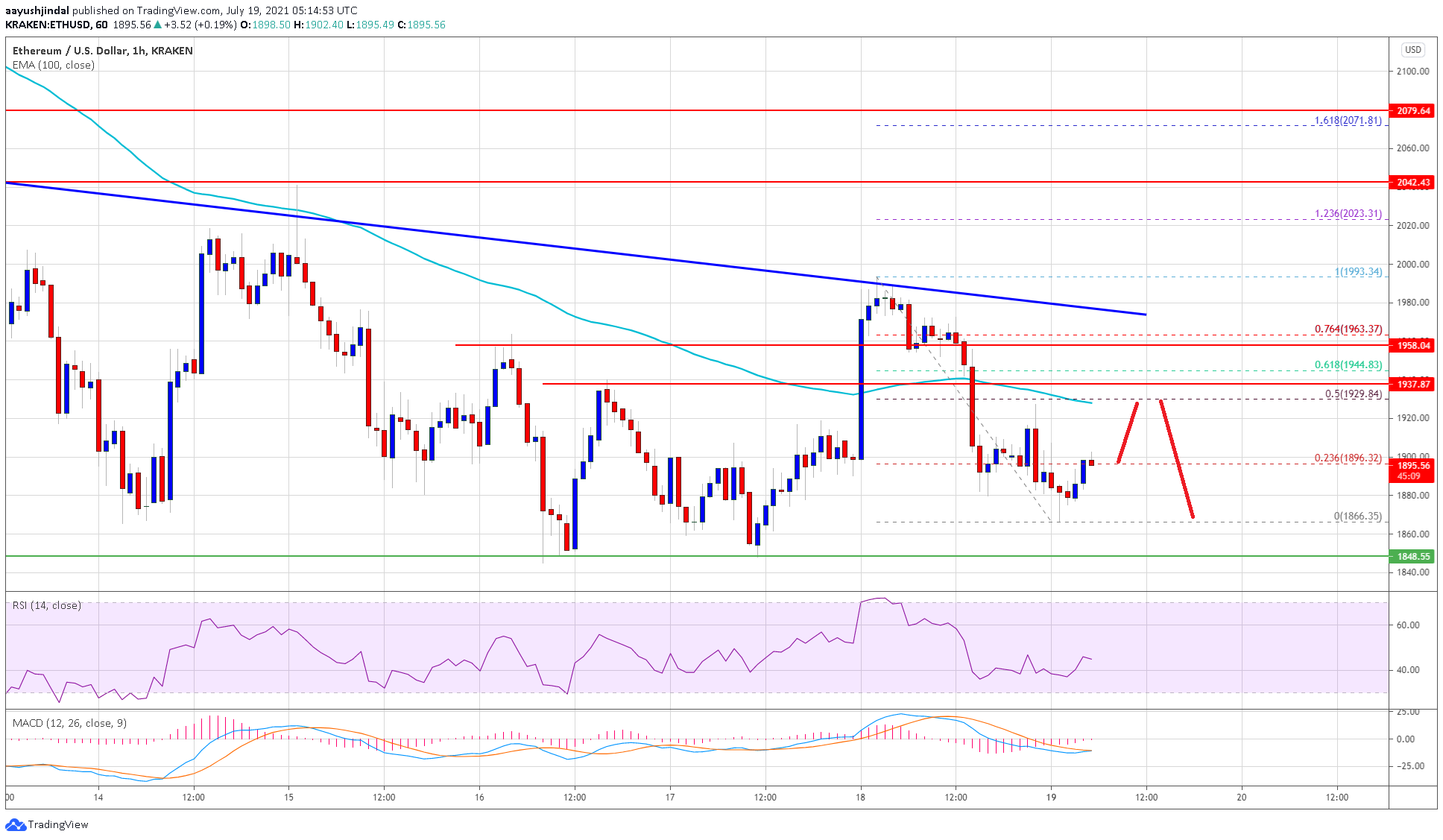 Ethereum is facing an uphill task near the $2,000 zone against the US Dollar. ETH price remains at a risk of a larger decline below the $1,800 support zone.

After a failed attempt to clear the $2,000 resistance, ethereum started a fresh decline, similar to bitcoin. ETH price broke the $1,950 support and it settled well below the 100 hourly simple moving average.

The price even declined below the $1,920 support, but the bulls are defending the $1,850 support zone. The recent low was formed near $1,866 and the price is now correcting higher. It is testing the $1,900 resistance zone.

The first major support is near the $1,850 level. If ether fails to stay above the $1,850 support, it could decline towards the $1,800 support. Any more losses could set the pace for a drop towards the $1,750 support zone in the near term.

Hourly MACD – The MACD for ETH/USD is slowly losing pace in the bearish zone.

Hourly RSI – The RSI for ETH/USD is now close to the 50 level.