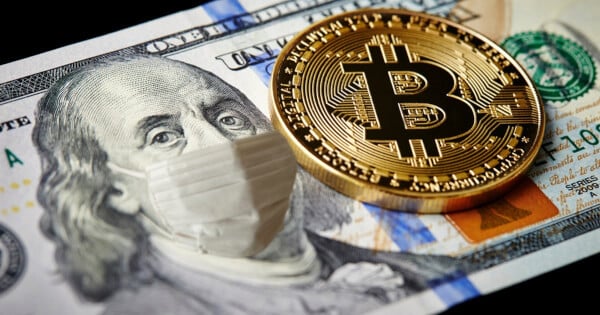 Jeff Gundlach, the Billionaire investor, DoubleLine Capital CEO, also known as the “Bond King” has commented against the price of the dollar in the foreseeable future. Additionally, he said that Bitcoin prices may also reduce considerably.

Jeff Gundlach shared that the state of inflation in the US is bad, and especially post-pandemic both, trade and budget deficits are lower than ever. He stated that the price of the dollar may not fall tomorrow but looking at the position of the dollar today, it will most likely fall sooner or later.

“Ultimately, the size of our deficits — both trade deficit, which has exploded post-pandemic, and the budget deficit, which is, obviously, completely off the charts — suggest that in the intermediate-term — I don’t think this year, exactly, but in the intermediate term — the dollar is going to fall pretty substantially,” Gundlach told CNBC. “That’s going to be a very important dynamic, because one of the things that are helped the bond market, without any doubt, has been foreign buying, with the interest rate differentials having favored hedged U.S. bond positions for foreign bond investors,” he added.

Gundlach specified that the dollar has maintained its strong suit to date. Even when the US dollar was below 89, America announced a positive result for the near term. However, the dollar’s status is digressively falling. He made remarks of the gradual doom of the dollar if it keeps falling at a steady rate.

“In the short term, the dynamics have been and will continue to be in place for the dollar to be marginally or moderately stronger…In the longer term, I think the dollar … [is] doomed,” Gundlach said.

Bitcoin can be bought for cheaper

After dooming dollar’s fate, Gundlach came for Bitcoin. He stated that Bitcoin is nothing but a trading vehicle. Being either, short, or long on bitcoin means the investor is in deep and risky waters. Gundlach said that in his opinion, the Bitcoin playfield is too volatile to invest in, and even for people who belong to the crypto community, the present is not an ideal time to hold Bitcoin. Gundlach thinks the prices are going to fall further and BTC can be bought for much cheaper.

“The chart on bitcoin looks pretty scary….I have a feeling you’re going to be able to buy it below 23,000 again. Bitcoin has lost its steam.”