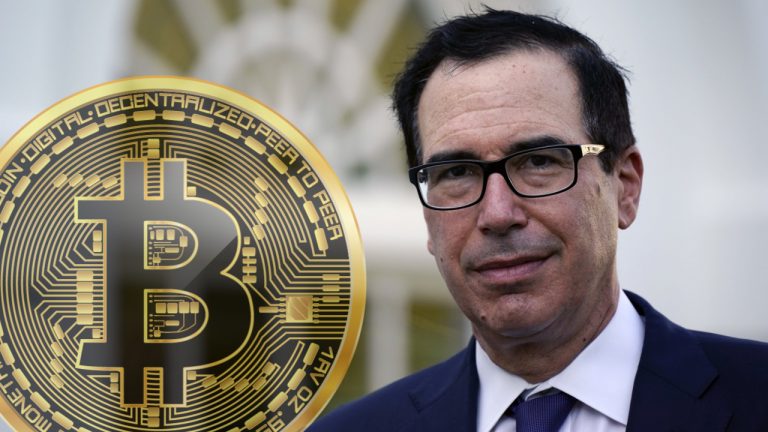 Former U.S. Treasury Secretary Steven Mnuchin says his viewpoint on bitcoin “has evolved a little bit.” While he personally does not want to have bitcoin in his portfolio, he says if people want to buy the cryptocurrency, “that’s perfectly fine.”

Former Treasury Secretary Steven Mnuchin talked about bitcoin, cybersecurity, and the U.S. economy in an interview with CNBC Wednesday. He was asked whether his viewpoint on bitcoin has evolved since the last time he was interviewed by the media outlet when he was still the treasury secretary. At that time, Mnuchin was dismissive of the cryptocurrency, stating that it had no inherent value.

Since then, a growing number of major companies and prominent traders have gotten into bitcoin. Major investment banks, such as Goldman Sachs, Morgan Stanley, and Citigroup, have either started offering or are in the process of offering crypto products or services to their clients.

Regarding whether his viewpoint on bitcoin has evolved, Mnuchin said:

I think my view has evolved a little bit, but it is pretty consistent … If people want to buy bitcoin as a substitute, no different than buying gold or some other asset, it’s fine. I don’t personally want to have it in my portfolio but if people want to that’s perfectly fine.

The former treasury secretary added that “The underlying technology of blockchain is pretty incredible,” noting that there are many applications utilizing it.

As for bitcoin and other crypto assets, Mnuchin emphasized that it is important for them to be regulatory-compliant, including complying with the Bank Secrecy Act (BSA).

Noting that under the Trump administration, the Office of the Comptroller of the Currency (OCC) approved banks to offer cryptocurrency custodian services last year, he explained:

The reason we did that was because we wanted to make sure that this was becoming in the regulated world … and it should be fully BSA compliant.

What do you think about Mnuchin’s comments on bitcoin? Let us know in the comments section below.