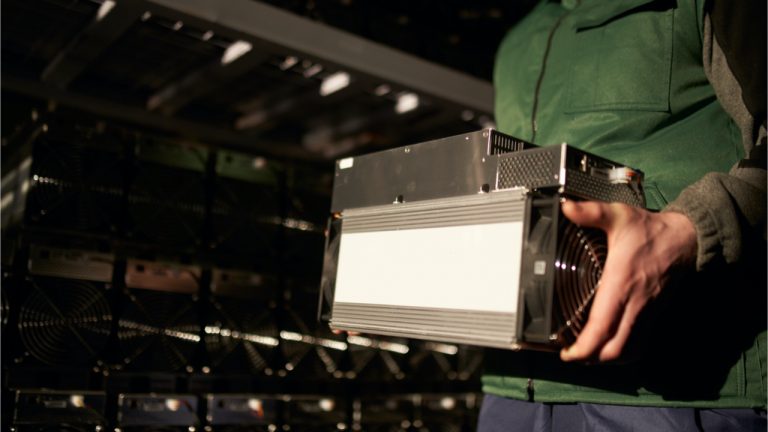 Following the bitcoin mining crackdown in China, the Nasdaq-listed firm Bit Digital published a second-quarter bitcoin production and mining operations update and noted the company is moving 14,500 bitcoin miners from China to the United States. Bit Digital says after the Chinese government’s decision to ban bitcoin mining, the company “accelerated” its migration strategy to North America.

On July 13, the company Bit Digital (Nasdaq: BTBT) revealed that it was migrating 14,500 bitcoin miners to the U.S. after China’s recent crackdown. The migration information stems from its unaudited report which explains the firm’s bitcoin production and mining operations during Q2 2021.

As of June 30, Bit Digital reported that it owned approximately 32,500 miners which produce roughly 1.92 exahash per second (EH/s) of hashpower. Bit Digital emphasized that during the first quarter, the company participated in fleet repositioning and sold specific older mining rig models, and made opportunities to buy newer machines.

Bit Digital made a “small gain on miner sales” and expects to leverage $5.4 million in funds toward “newer vintage miners.” Utilizing the spot market during Q2, Bit Digital purchased 3,515 mining rigs and aims to buy more miners with additional capital.

“The company earned 562.9 bitcoins in the second quarter of 2021,” Bit Digital wrote in the unaudited report. “The reduction from the first quarter was due to the accelerated migration program, in which more miners were offline while in transit to or awaiting installation in North America, as well as miner sales and disposals. Treasury holdings of bitcoin increased to 588.4,” Bit Digital’s finance report adds.

Bit Digital Dislcoses Migrating 14,500 Bitcoin Miners From China to the US

At the end of the report, Bit Digital explains that it has been migrating miners to North America and has been since October 2020. “As a result, a greater proportion of the company’s fleet was offline than in the prior quarter, due to more miners being in transit to or awaiting installation in North America,” Bit Digital disclosed. The firm’s statement continued:

During the quarter, the company shipped 14,500 miners to the United States. The company expects to complete the migration of its remaining China-based miners to North America early in the third quarter of 2021.

The news follows the Cambridge Bitcoin Electricity Consumption Index (CBECI) project’s recent update, which shows 46% of the Bitcoin hashrate resides in China. The estimate is much lower than 2020 statistics that had shown China captured roughly 65% of the network hashrate. The CBECI bitcoin mining map, however, only records data up until April 2021. Nevertheless, statistics clearly show, similar to Bit Digital saying it started migration plans in October 2020, many others seemingly did the same.