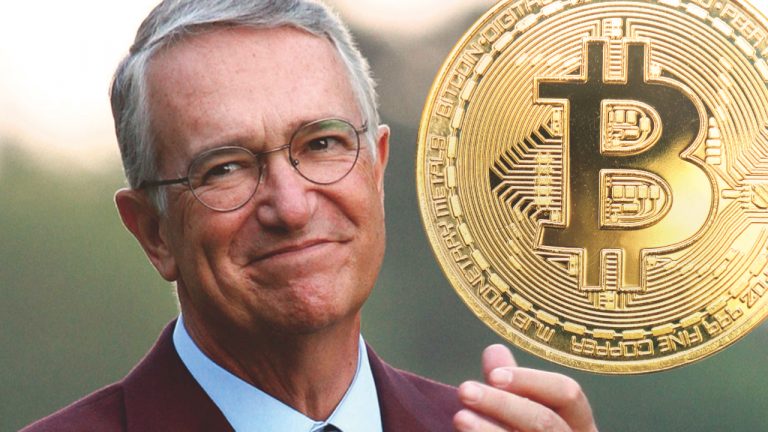 Ricardo Salinas Pliego, Mexico’s third-richest man and founder of Grupo Salinas, sees bitcoin as an asset with extraordinary properties, describing the cryptocurrency as “gold for the modern world.” He recommends bitcoin, thinks that fiat money is a fraud and the idea of the U.S. dollar being a hard currency is a joke.

Ricardo Salinas Pliego talked about bitcoin and fiat money in an interview with José Rodríguez, published last week. He explained that he considers bitcoin a financial asset so it is not important to him whether BTC is a currency or not. The billionaire pointed out that precious metals are also not currencies, noting: “You cannot go to a store with a gold coin and buy a computer. You have to exchange the gold for fiat and then you buy the computer.”

Citing a number of advantages, including divisibility, ease of transfer, and the simplicity of storage without counterparty risk, the billionaire opined:

For me, bitcoin is an asset that has extraordinary properties … All the advantages that bitcoin has, for me, make it gold for the modern world.

Salinas Pliego is also the owner of Mexico’s Banco Azteca. His current net worth is $15.8 billion, according to Forbes.

He also recommends having bitcoin in investment portfolios. “Bitcoin is an asset that has international value, that is traded with enormous liquidity worldwide and that, therefore, should be in any portfolio,” he affirmed.

Salinas Pliego noted that scarcity is a major factor making bitcoin so valuable and different from fiat money and cryptocurrencies with unlimited supplies. However, the third richest man in Mexico believes that there are some useful cryptocurrencies, such as privacy coins monero (XMR) and zcash (ZEC).

Turning attention to how governments view bitcoin and what he thinks of fiat money, Salinas Pliego described:

Governments don’t like bitcoin … it burns them that people can get out of their fiat trap, because that is what fiat money is, a fraud … The fraud fiat is inherent to the fiat system and we can see it today in the U.S. … the dollar as hard currency is a joke.

He shared that when he started his professional career in 1981, the exchange rate was 20 Mexican pesos to $1. “Today, on the other hand, we are at 20,000 [pesos] for $1 … that is here, in Mexico, but if we do it in Venezuela, Argentina or Zimbabwe, the figures lose all proportion,” he opined.

As for risks, he said the government could ban bitcoin but he does not believe that it would be the end of the cryptocurrency, elaborating:

Governments, people with power, could decree that it is illegal … [but] I think it would continue to be used even if it were illegal, but many people will be afraid of it.

The billionaire was also asked hypothetically that if he could travel 30 years into the future and could choose money, assets, or goods to take with him, which he would choose.

He laughed and said that he would not carry “any stinking fiat money, not a peso, not a fiat paper” on his journey through time. He would not carry gold either due to its portability problem. “The problem with gold is where you keep it, that is, the custody of gold bars is not an easy thing,” he noted, adding that for this reason, he chooses bitcoin. “In case of political, social, or financial turbulence, you have a better chance of running away with your bitcoins than with some gold bars, so I would take the bitcoins with me,” he concluded.

On Sunday, the billionaire confirmed that 10% of his portfolio is in BTC, adding:

I recommend the use of bitcoin, and me and my bank are working to be the first bank in Mexico to accept bitcoin.

What do you think about Ricardo Salinas Pliego’s view on bitcoin and fiat money? Let us know in the comments section below.