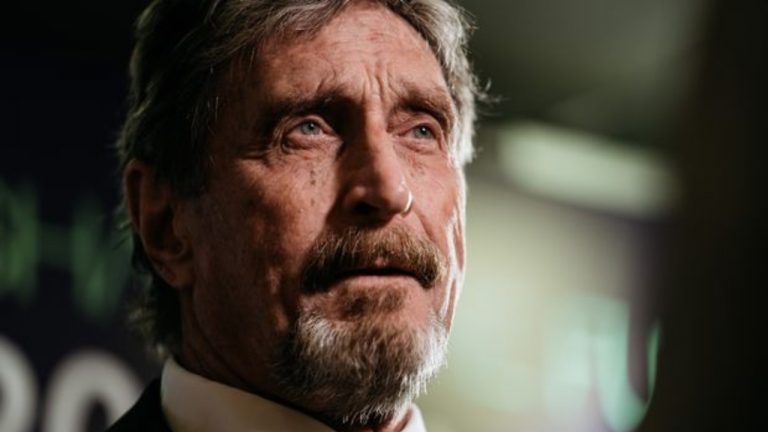 John McAfee was reportedly hiding out in a Spanish “ghost hotel” with a bitcoin mining farm in the basement prior to his arrest. Clues from images and messages the antivirus tycoon posted on social media point to a semi-abandoned hotel owned by a Russian.

After John McAfee was reportedly found dead in his prison cell in Spain, reports have emerged that the antivirus tycoon’s hideout place was a secret bitcoin mining farm.

The place was a semi-abandoned hotel in Cambrils called Daurada Park Hotel, El Pais publication reported Friday. Cambrils is a coastal town in the province of Tarragona, Catalonia, Spain.

The hotel is dubbed “a ghost hotel” by the Spanish publication El Confidencial because reservations were pretty impossible to make as no one answered the phone even when the hotel was still operational. The publication tried to contact the hotel about the McAfee story back in 2018 but to no avail. There are few reviews of the hotel on Tripadvisor and none after 2017. Most reviewers found the hotel to be “terrible.”

Daurada Park Hotel was bought by an unidentified Russian businessman, the Diari de Tarragona previously reported. Authorities became suspicious of the hotel when a huge laser pointing at the sky was built on its roof. The Catalan police raided the premises in 2018 and found a bitcoin mining farm in the basement of the hotel that was operating 24-7. According to reports, the police lacked the authority to shut down the bitcoin mining operation at the time as cryptocurrency was an unregulated industry. The publication noted that it was unclear what happened to the mining farm. The hotel is now permanently closed.

McAfee recently said that the Feds suspected that he had some hidden cryptocurrencies, which he denied, adding that all of his assets had been seized by the Feds.

McAfee never said he was at this hotel. However, a group of computer enthusiasts pieced together clues from images and comments he posted online using methodologies, such as open-source intelligence, Spanish publications conveyed.

When the cybersecurity mogul said he was hiding out near Belarus, several clues placed him in Spain instead. Some of the images he posted on social media included his photos on beaches and balconies matching images on Google maps of the Daurada Park Hotel.

In March, during the coronavirus pandemic, McAfee shared photos of empty supermarkets where prices were in Catalan. He was also spotted earlier with a bottle of Catalan Sumarroca cava wine, Spanish Bezoya water bottles, and ATO cream which was also made there.

McAfee eventually admitted that he had been in Catalonia when he “visited Spain for a few days.” However, the group believed that this hotel was his long-term base. “He himself has said that he often came to Catalonia since 2018 or 2019 and it seems that he was based in this hotel,” they said.

The antivirus tycoon was arrested on Oct. 3 last year at the El Prat airport in Barcelona as he was planning to fly to Turkey. The next day McAfee was admitted to Brians 2 prison in Sant Esteve de Sesrovires after appearing before Spain’s high court. He was indicted by the U.S. Department of Justice in March. After the 75-year-old was found hung in his prison cell, speculation about him having a “dead man’s switch” began to circulate.

What do you think about John McAfee hiding out at a bitcoin mining farm? Let us know in the comments section below.