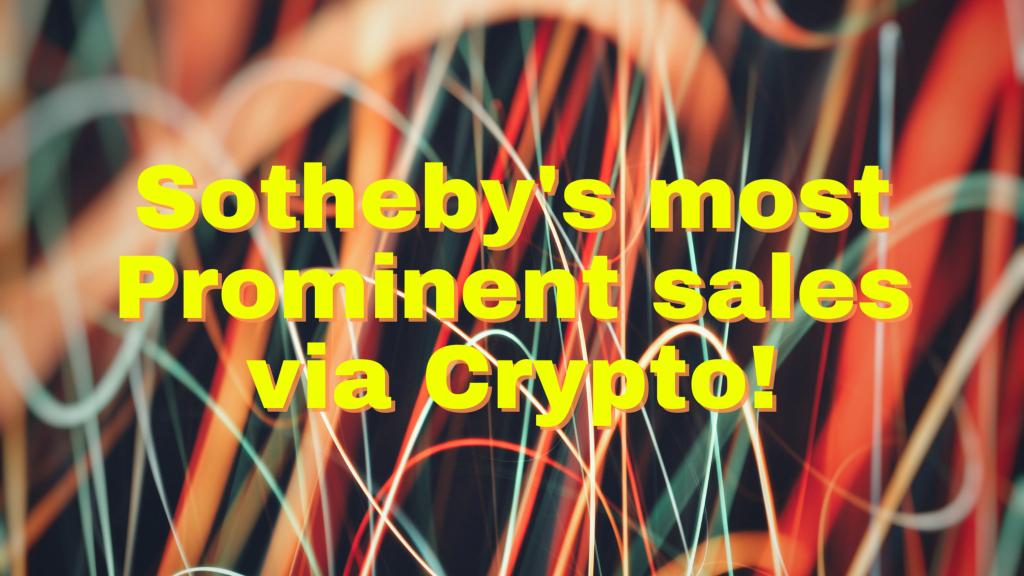 Sotheby’s is the largest art auction house in the world, established in 1744, which collects rare objects and art pieces. It has also begun to dabble in the NFT/digital art marketplace and has some exciting sales coming in the near future. Its first step into the market was with the sale of the infamous “Crypto Punk” NFT.

Sotheby’s Hong Kong is going to present a rare 101.38-carat diamond in an auction that will have the diamond as the only property on sale take place in Hong Kong on July 9th. Online auctions have already started yesterday. Although, this is not the first time Sotheby’s has auctioned an over 100 carat diamond. A similar auction took place in Hong Kong last year the difference is that the payment was not done in cryptocurrencies which have only recently become a viable option. As this is quite new to the company, Coinbase Commerce will be managing the transaction. The previous diamond was purchased for $15.7 million. This diamond is also estimated to be valued around the $10–15 million range.

Sotheby’s has been working on a digital version of one of Picasso’s art pieces that will be offered as an NFT on June 29th. Mira Imaging is going to be playing a major role in this sale as it will scan the genetic code that will be used to mint the digital version of this artwork. It will also be using a software that will encrypt a signature and add it to the Ethereum blockchain. This will also make it a one-of-a-kind NFT which is very valuable aside from the fact that it is created from Picasso's painting. This is the first wave of NFTs that are inspired or directly used from paintings of great artists. It is obvious that there will be more NFTs based on ancient paintings which will increase in value as they will also be available in digital form.

Famous Rapper, songwriter Shawn Correy Carter also known as Jay-Z, to sell an NFT that is based on the cover of his debut album, “Reasonable Doubt,” which was released in 1996. There is also an ongoing lawsuit with one of the founders of Roc-A-Fella that is related to the selling of the copyright of the NFT. According to Sotheby’s, this is not just a mainstream celebrity selling an NFT, but it also has cultural significance as it was one of the greatest albums at the time and for some even now. The auction house will also permit payment with cryptocurrencies for this NFT, of which a portion will go to the Shawn Carter Foundation, which provides children with scholarship opportunities.

Sotheby’s is just one auction house that is making huge leaps in the NFT space, and it's only a matter of time for other auction houses and NFT platforms to take similar actions. The NFT market has proved its relevancy as Blockchain is being utilized to its full potential to achieve strenuous tasks in a matter of minutes.

Sotheby’s Upcoming sales via Crypto! was originally published in The Capital on Medium, where people are continuing the conversation by highlighting and responding to this story.