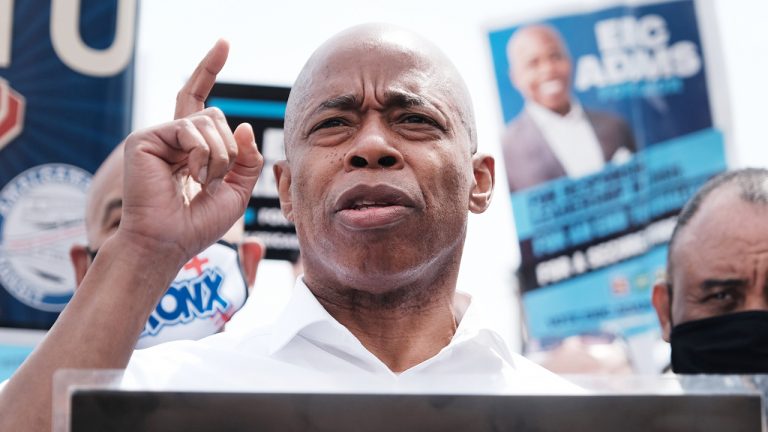 The New York City mayoral candidate in the lead, Eric Adams, has promised that in one year New York will be “the center of all technology,” including “the center of bitcoins.” He will compete with Miami where Mayor Francis Suarez had a head start turning Miami into a bitcoin hub.

He added: “Miami, you had your run. We’re bringing our businesses back.”

In Florida, Miami Mayor Francis Suarez is a bitcoin hodler. He has also been trying to turn his city into a bitcoin hub. He has put forward a proposal to allow the city to pay its employees in bitcoin, accept the cryptocurrency for fees and taxes, and even explore the possibility of holding BTC on its balance sheet.

The city recently hosted the Bitcoin 2021 conference and blockchain.com just moved its headquarters there, which “created 300 new jobs and $30 million of recurring economic impact for our city,” Mayor Suarez said at the conference.

Another New York City mayoral candidate, Andrew Yang, also wants to turn NYC into a bitcoin hub. He said back in February: “As mayor of NYC — the world’s financial capital — I could invest in making the city a hub for BTC and other cryptocurrencies.”

However, the 46-year-old Democrat conceded the race last week. Nonetheless, he could still help the next mayor of NYC with bitcoin adoption as he said: “Though we’re not sure who’s the next mayor is going to be, but whoever that person is, I will be very happy to work with them to improve the lives of the 8.3 million people who live in our great city and I encourage everyone here to do the same.”

Do you think New York City will become a bitcoin hub? Let us know in the comments section below.