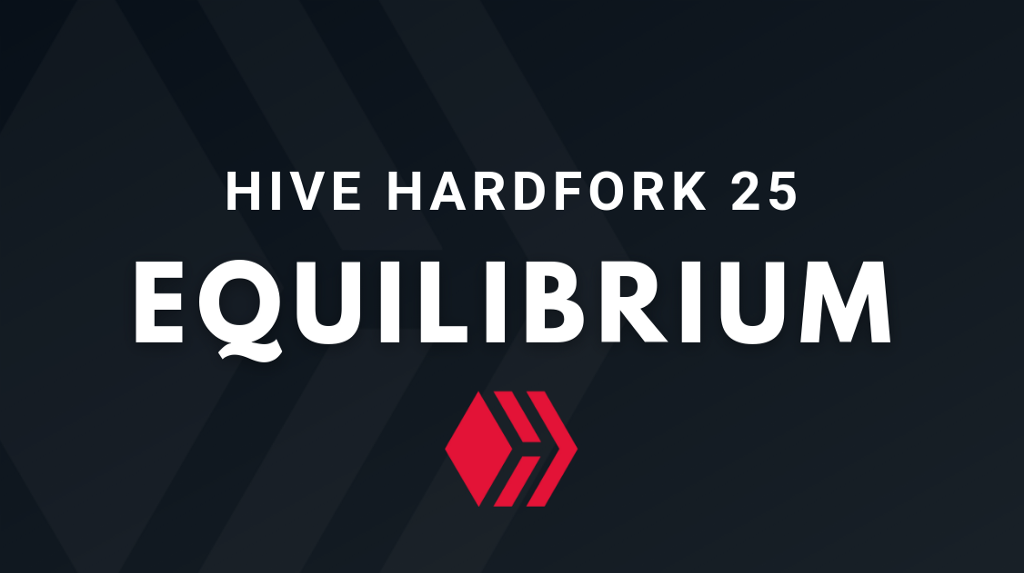 Since our last interview, we’ve been very busy working on the underlying Hive technology and its infrastructure.

What are the goals of the protocol changes in the latest Hardfork?

In this hardfork, we have placed a special focus on improving the economics of Hive.

Our vision for Hive is to create a robust platform for decentralized applications and services. As part of this drive, recurring payment operations have been added to the blockchain protocol to increase the efficiency of dApps and services that benefit from receiving subscription-based micropayments.

Hardfork 25 aims to stabilize the USD peg of Hive-backed dollars. Hive-backed dollars (HBD) are a unique type of trustless stablecoin that is backed by the underlying value of the Hive blockchain itself instead of external collateral or a centralized entity.

This backing takes the form of an onchain conversion operation that lets HBD be converted to an equivalent USD value of Hive itself. For example, 10 HBD can be converted into $10 USD worth of HIVE. This HBD to HIVE conversion mechanism has effectively pegged the value of 1 HBD at or over the value of $1 USD. But it hasn’t prevented HBD from attaining values much larger than $1 USD due to intermittent speculation on cryptocurrency exchanges.

To solve this problem, a new conversion operation is being introduced that enables HIVE to be converted to HBD, allowing market makers to create more HBD to satisfy demand for HBD when the price begins to rise above $1 USD. This new HIVE to HBD conversion will create an equilibrium point where HBD will be pegged on the high side as well as the low side of USD pricing.

In a related change, HBD stored in a Hive savings account will earn a variable interest rate (current interest rate set based on the median vote of block producers). This will create an attractive opportunity for cryptocurrency investors who want to earn a reasonable ROI on a low-volatility asset (i.e. a trustless stablecoin) but who also want to hold their assets in their own crypto wallets instead of trusting them in the custody of a crypto exchange or a bank.

One important aspect of Hive is that it is not only a decentralized financial ledger with one of the highest transactional throughputs, it is also a network for sharing and rating information generated by the Hive community, with financial payments flowing to both content creators and content curators. This hardfork continues the trend of improving this aspect of Hive.

Average Hive curation rewards for voters that rate social media posts on Hive have typically resulted in a 6–15% return on staked HIVE (aka Hive Power). But AI-based voting bots have typically had an advantage over human voters in the competition for these rewards. Hardfork 25 simplifies the rules for how rewards are distributed to content curators and further rationalizes the reward system by putting manual voters on an equal footing with bot-based voters. The new rules also eliminate the need to “rush vote” before other voters in order to maximize curation rewards.

First, some background is in order …

Hive was originally created during a 51% attack where controlling stake was pooled to forcibly take over a then-public Steem blockchain and overthrow the community-elected witnesses with centralized producers. These attacks are one of the prime concerns in DPoS protocols and occur where one entity holds consensus in its majority. While Sybil attacks are commonly addressed through the DPoS mechanism as per its original design, governance attacks that utilize stake as a weapon are not. Prior to the hostile takeover of Steem, no clear-cut case of a coordinated, time-sensitive takeover of a DPoS blockchain was ever sucessfully executed. Such an attack normally would require large sums to be staked, creating a trail of indicators in the markets. In the case of Steem, the attack was carried out by three major exchanges who staked their clients’ funds that were already present on the blockchain. This was unprecedented for many reasons, including collusion between seemingly-unrelated exchanges.

Is your team attempting to solve these types of attacks?

Yes, we are. We understand that no attack type can ever be fully eliminated as a threat. The first step to mitigate future attacks was to institute delayed voting in respect to governance for 30 days, allowing for monitoring for the tell-tale signs of attack preparation. Votes for witnesses and DHF (funding) proposals are deferred for 30 days following the ‘power up’ aka staking of funds. Prior to those 30 days, the stake is not considered in governance. However, this alone is insufficient; in order to further secure DPoS and to protect against anomalities while promoting a living governance system, an emphasis on stakeholder engagement is required.

Starting from Hardfork 25, vote expiration will be implemented. Each account will be required to undertake a governance transaction on an annual basis (voting for a witness or a proposal, removing its votes, or changing its proxy status) in order for its votes to remain as they were placed. Accounts with stake that are rendered inactive or locked due to the loss or destruction of keys or the death of the owner will have their influence over consensus naturally eroded. The end result is a community that is active and cognizant of indicators that would alert them to signs of attack preparation during the 30 day voting delay.

A full list of Hardfork 25 changes can be found at our Gitlab repo.

There has been a lot of talk about environmental sustainability in crypto. Does the Hive hardfork answer that?

Hive already has one of the most energy-efficient footprints of existing cryptocurrencies, especially relative to its high transactional throughput. But we’re constantly working to further improve the efficiency and hence the scalability of the Hive network, and this by its very nature also reduces the amount of resources required to operate the network.

Network efficiency is also very important to Hive’s aim to offer a highly decentralized network where nodes can be run on reasonably priced hardware owned by individual community members, without requiring nodes to be hosted on expensive cloud-based servers.

Hive becomes more modular with every upgrade, allowing new Hive-based dApps to be built with only the foundational services they require. New dApps can reduce their initial resource requirements by leveraging publicly available services provided by Hive volunteers until they reach a growth point where operating their own server infrastructure becomes beneficial.

Since Hive infrastructure is highly-distributed globally, individual operators are able to ethically select their datacenters and service providers. Not only does that help us reduce our carbon footprint, but it also indirectly helps the local economies of our contributors. Hive Hardfork 25 is yet another milestone towards our goal of resource minimization.

It’s been quite insightful. Before we close off, would you like to share some of your social links?

Thank you for having us.

While we are a large ecosystem, here are a few key links:

… And on mainstream social media at:

Disclaimer: This article is not intended to be a source of investment, financial, technical, tax, or legal advice. All of this content is for informational purposes only. Readers should do their own research. The Capital is not responsible, directly or indirectly, for any damage or loss caused or alleged to be caused by reliance on any information mentioned in this article.

Interview with Hive on The Capital was originally published in The Capital on Medium, where people are continuing the conversation by highlighting and responding to this story.