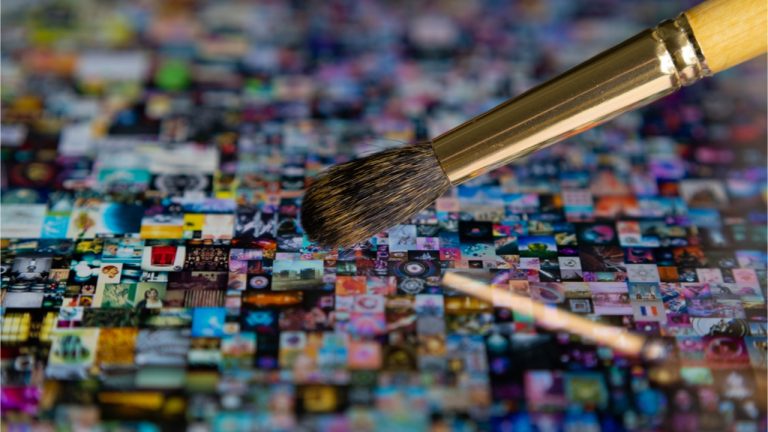 Nigerian artists are now increasing their net worth by leveraging the art world’s lucrative pivot to non-fungible tokens (NFT). According to reports, this move to NFTs is happening despite the Nigerian central bank’s renewed anti-crypto stance.

As a recent CNN report explains, growing interest in NFTs from Nigerian artists comes alongside warnings of a potential downturn in sales. For instance, Bitcoin.com News has already reported that NFTs sales plummeted by 90% since the market’s record sales on May 3. The same report also revealed that the number of active NFT wallets dropped from 12,000 per day to 3,900, which is a loss of close to 70%.

Similarly, Bitcoin.com News has reported extensively on the Central Bank of Nigeria (CBN)’s renewed drive against cryptocurrencies that started after it issued an order directing financial institutions to end business relationships with crypto entities.

Still, in spite of these concerns, some Nigerian artists insist that NFTs have become an important part of the art scene. For instance, Osinachi, who according to CNN is a former librarian and one of Nigeria’s most bankable digital artists, explained how NFT markets have picked up since 2019. Osinachi said:

I went in and explored the marketplaces and it wasn’t until 2019 that the markets picked up and we saw the boom. The pandemic helped because collectors couldn’t go to physical galleries, so a lot of them discovered the NFT space. And then (from) 2020 to 2021, the Christie’s auction happened and everybody’s screaming NFTs.

Osinachi now says “he can command up to five figures for his NFT works” and he suggests that his ability to “put my work in a place where many people would see it” is helping to drive up his earnings.

Not Everyone Is Optimistic

NFT excitement notwithstanding, not everyone shares Osinachi’s optimism. Ferdy ‘Ladi Adimefe, the founder and CEO of Magic Carpet Studios, believes many artists cannot enter this space as they still face many economic barriers. He explained:

I think African artists are fast embracing the NFT space and getting on board, but let’s not also forget that the continent has quite a number of people who are still not within the data economy.

Another artist, Kenyan Rich Allela, laments the fees on NFT trading platforms and lack of technical know-how as the other key barriers to entry.

In the meantime, Adimefe says he is now creating workshops and platforms “where we can help traditional artists to start acquiring the digital tools through which they can now digitize and monetize their art.” It remains to be seen, however, if such workshops can lead to increased NFT participation by African artists.

Do you agree with the assertion that NFTs are a bubble? Tell us what you think in the comments section below.