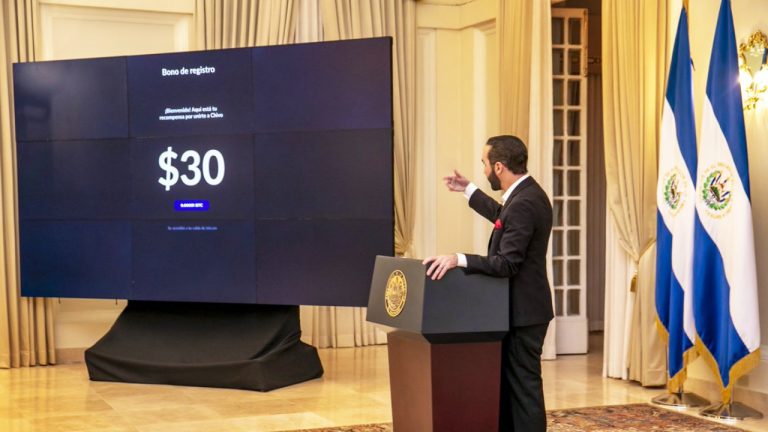 El Salvador President Nayib Bukele has announced a bitcoin giveaway to promote the cryptocurrency’s use as legal tender in the economy and to give people an incentive to use the government’s official wallet application.

The president of El Salvador, Nayib Bukele, addressed many topics regarding his country’s new bitcoin law Thursday night. During his speech, he unveiled the Salvadoran government’s wallet app and a signup bonus of $30 in bitcoin.

“The wallet of the government of El Salvador is called Chivo,” Bukele explained, adding that users must register with their phone number and national ID known as the DUI.

It will be within the Chivo app where we will deposit the equivalent $30 in bitcoin to promote its use in the economy and to give people an incentive to use the application.

With the $30 incentive in bitcoin, he said, “We want the population to make use of this system and bitcoin as legal tender” to boost the economy and “help the economic growth of the country.”

To obtain a DUI (Documento Único de Identidad), which is needed for account verification, one must be at least 18 years old. This means out of El Salvador’s total population of 6.5 million based on Woldometer’s data, only adults ages 18 and older qualify to receive the $30 BTC freebie.

The Salvadoran president further detailed that the Chivo app will allow users to convert funds between dollars to bitcoin, make payments, and send money using a QR code. In addition, he said app users can buy BTC “securely, instantly and without charging fees.”

He emphasized that using, receiving, and investing in bitcoin in El Salvador is optional, noting that the $30 BTC bonus will be the only time recipients must accept the cryptocurrency. For spending, users can choose to use either bitcoin or dollars if they have both currencies in their wallets.

El Salvador’s bitcoin law will enter into force on Sept. 7, Bukele noted. “We will guarantee that all cash transactions will remain in dollars,” he clarified.

What do you think about El Salvador giving away $30 in bitcoin to all users of the government crypto wallet? Let us know in the comments section below.