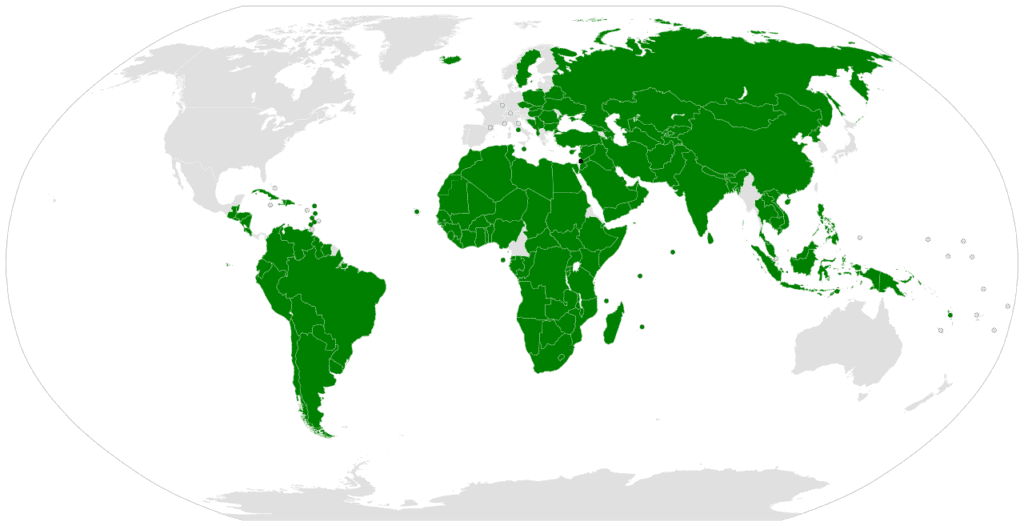 Cryptocurrencies are back in the geopolitical scenario. The Palestinian Monetary Authority is reportedly working on issuing a digital currency as a strategy to achieve a higher level of financial independence.

This effort would put Palestine on the same list as other nations like Venezuela, the Marshall Islands, the Bahamas, China, and the latest endeavors of El Salvador, who are interested in the power of the blockchain to improve the efficiency of their financial infraestructure —and gain a little more independence from other economic powers, bypassing their sanctions since we’re there.

Palestine has a rather peculiar political situation, although 138 of the 193 United Nations (UN) recognize it as an independent country, the United States and Israel (two of its mort important political rivals to say the least) do not recognize its existence, and Israel currently excercizes an important militar and even financial control on the region.

And this is where the blockchain comes in as a possible relief valve or perhaps a means of political protest by Palestine agains Israel. Palestine does not have its own currency and instead relies on a mixed economy in which Israeli shekels, Jordanian dinars, and U.S. dollars move in and out.

So, with an economy controlled by a rival third party, it is almost impossible for palestinians to have any financial sovereignty when Israeli banks dictate their movements.

Currently, Israel prohibits banks from conducting large cash transactions. It also imposes limits on the amount of money Palestinians can transfer to Israel each month.

According to a Bloomberg report, this hinders financial transactions between Palestinians and could be one of the most important practical reasons for trying to create a sovereign currency free from Israel’s influence.

As a result, they [the palestinians] sometimes have to borrow to cover foreign exchange payments to third parties and are stuck with a glut of Israeli banknotes. That could be one reason a digital currency would be attractive to the Palestinian monetary system.

“The macroeconomic conditions don’t exist to allow a Palestinian currency — digital or otherwise — to exist as a means of exchange.

For his part, Barry Topf, former senior adviser to the Bank of Israel governor, assured that this currency will fail to fulfill two of the main functions of money:

“It’s not going to replace the shekel or the dinar or the dollar. It’s certainly not going to be a store of value or a unit of accounting.”

However, Palestine seems determined to pursue a venture in which it has nothing to lose. Two cryptocurrency studies are currently underway to help experts understand the landscape. In the end, much of its success will depend on the support it receives from other international bodies, and especially from other states.

And this is a matter of discussion for political analysts, not crypto enthusiasts.