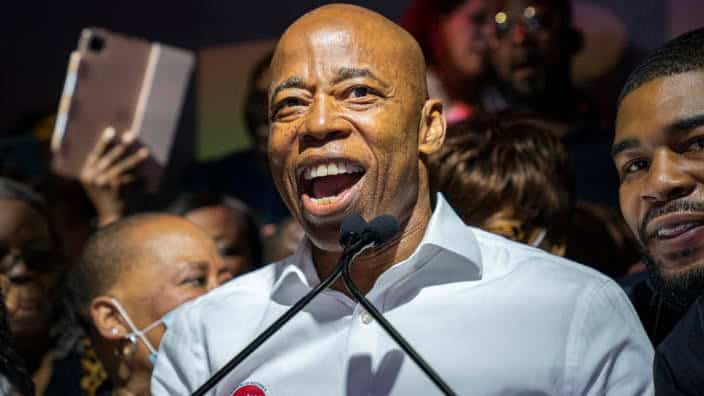 Eric Adams, the front runner from the Democratic party to become the mayor of New York City seems to have taken a cue from Andrew Yang and has promised to make NYC a Bitcoin hub within a year of getting elected. Adams promised to make NYC the next Bitcoin hub and take the crown from Miami, which is currently seen as the hotspot for crypto companies and businesses. He said,

Andrew Yang withdrew his candidature from the election after amassing the least percentage of votes among the democratic candidates just a few days back. Young was a known crypto advocate who has run his Presidential campaign on the same theme. Adams’s assurance to make the city a Bitcoin hub could help in taking crypto adoption to the mainstream.

New York City council rejected a bill last month that called for the halting of Bitcoin mining operations in the city. In the wake of the recent crackdown in China on Bitcoin mining where miners are relocating in hoards, NYC could become a key destination along with Texas and a few other states. Miami mayor has is already looking to pass legislation to lure crypto miners and make Bitcoin more mainstream in the city.

A Mayor with Bitcoin as a poll promise could prove to be a win-win situation for the crypto community as well as the city.