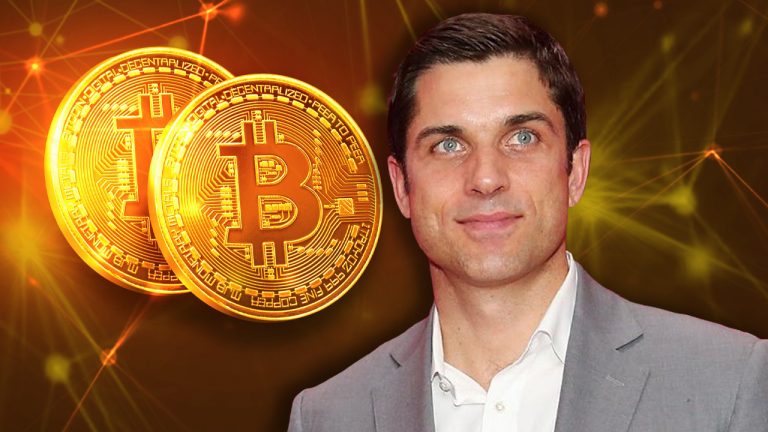 On June 24, the CEO of Far Peak Acquisition Corp. and former New York Stock Exchange (NYSE) president, Thomas Farley discussed the future of bitcoin and gold on the CNBC broadcast Squawk Box. Farley is optimistic about the leading crypto asset but he doesn’t believe it will surpass gold’s $10 trillion market capitalization unless it’s “an accepted form of currency.”

Far Peak CEO Says Bitcoin Will Go Up, But May Not Beat Gold

Thomas Farley spoke about bitcoin (BTC) on Wednesday following the digital asset’s rebound from the $28,600 low on June 22. Farley is the chief executive officer at Far Peak Acquisition, a special purpose acquisition company but he also once led the NYSE as its president.

Farley has spoken about bitcoin on a few occasions in the past and was known for revealing the launch of the NYSE bitcoin price index in 2015. “We are now going to use our name, reputation, and global index provider stature to provide bitcoin values that the rest of the market can look to,” Farley said at the time.

While speaking on Squawk Box, Farley stressed that BTC was a volatile asset and this is because it is so new. “With respect to the recent price moves, I’m kind of sanguine about them,” Farley remarked. “Bitcoin’s a very volatile asset class, in part because it’s a new asset class,” he emphasized.

Farley doesn’t think that BTC won’t go up or even down over the long term, but he still believes “it’s a lower left to upper right trend and I think we’re going to see that play out over five years.”

The Far Peak executive, however, believes gold has the upper hand in comparison to bitcoin. “I think the upper bound for now is gold, which is about a $10 trillion market cap,” Farley said.

Despite the fact that BTC needs to be more than half of a million dollars per unit, many bitcoin bulls believe the leading crypto asset can surpass gold’s global valuation. It seems that Farley thinks that BTC could get an edge on gold if it was a more accepted medium of exchange. But the former NYSE president is not so sure BTC will ever pull it off.

“In order for bitcoin to one day exceed gold, it’ll have to be more of an accepted form of currency,” Farley explained. “I’m not sure, frankly, if it ever gets there.”

What do you think about Thomas Farley’s opinions about bitcoin and gold? Do you think bitcoin could someday surpass gold’s market valuation? Let us know what you think about this subject in the comments section below.