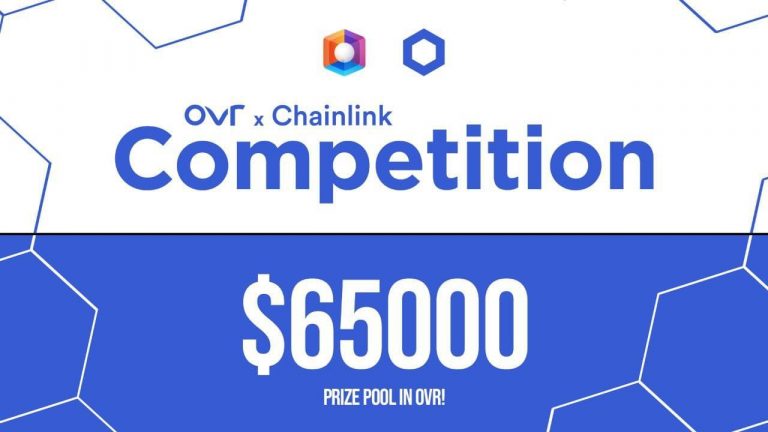 After OVR announced its integration with Chainlink on June 10th, now the team is proud to explain all the rules of OVR prize distribution powered by Chainlink Verifiable Random Function.

So, OVR will run 2 main competitions, one for treasure hunters and one for OVRLand buyers.

All the OVRLands where treasures have been discovered after the competition start date will be listed on a specific interface available to the user. The treasure hunt competition will have 3 rounds on different dates starting from June 22nd.

At the end of each treasure hunt competition period the list of all OVRLands where treasures have been discovered by participants will be created and made publicly available.

Regarding the OVRLand buyers, instead, all OVRLands acquired after the competition start date will participate in the extraction of an OVR prize, and will run 5 different rounds of such an extraction.

Users buying OVRLands since the start date of the competition will be able to see the list of the OVRLands that they bought during the extraction round on a specific interface.

At the end of each round an ordered list of all OVRLands acquired in the period will be made publicly available, OVR will generate a publicly verifiable random number with Chainlink’s VRF and will iterate on the ordered list with such a number to select the winner.

Only OVRLands that started the auction prior to the closing date of the current round and closed before the starting date of the next round will be admitted for the extraction.

Of course, prizes will be immediately available to participants to withdraw or spend on the platform.