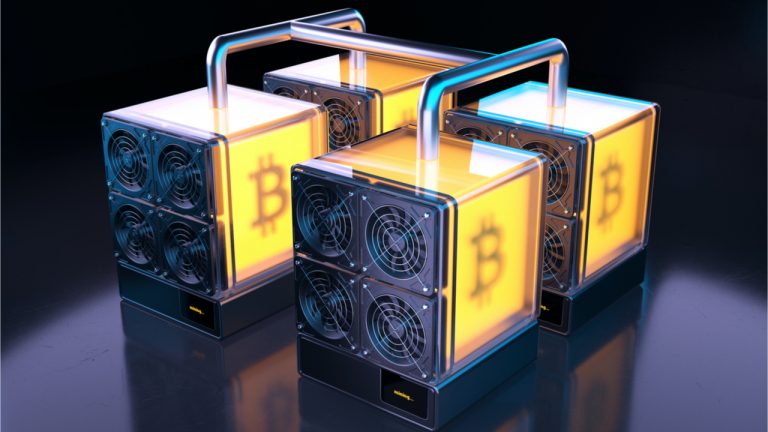 Canaan Inc., the crypto mining rig manufacturer based in Beijing, has announced the company plans to mine cryptocurrencies in Kazakhstan. The company says that the firm’s next-generation Avalonminer mining rigs are already deployed in the world’s largest landlocked country.

The publicly-listed company Canaan (Nasdaq: CAN) has revealed the firm is entering the fray of bitcoin mining with its own self-operated mining business. Canaan is one of the oldest bitcoin mining hardware manufacturers in the world as it was founded by Nangeng Zhang in 2013.

In the company’s earliest years it created FPGA miners dedicated to Bitcoin’s SHA256 consensus algorithm. Fast forward to today and the company is one of the top application-specific integrated circuit (ASIC) makers, up there with Bitmain, Microbt, and Ebang.

On Wednesday, the Beijing-based company revealed it will be leveraging its Avalonminers to mine bitcoin in Kazakhstan. The move follows the firm opening up an ASIC mining rig service center in the transcontinental country.

The announcement on Wednesday explains that the move to start mining bitcoin after expanding the company’s manufacturing process is “the next logical step.” The entry into the field of mining will “optimize its revenues, as well as strengthen its inventory management and supply chain capabilities,” the company states.

“We believe that our self-operated bitcoin mining business will help us improve our financial performance as well as expand our business scope and customer base,” Canaan’s founder Zhang stated during the announcement. “As we integrate more industry resources into our operations, we believe this business segment will enable us to revitalize our mining machine inventory, shield us from bitcoin volatility, and ensure our inventory sufficiency during market upturns.”

A few of Canaan’s manufacturing competitors have been in the mining space for years, specifically Bitmain. The China-based mining rig company Bitmain has been operating a pool called Antpool since 2013. Today, Bitmain’s Antpool is one of the largest pools dedicating hashrate to the BTC chain.

Canaan says it will also benefit from taking full advantage of the availability of its “in-stock mining machines to be actively deployed in its mining operations at low electricity rates, thus maximising its computing power at that time.”

“On the flip side,” Canaan concluded, “when market activity is elevated, the mining business will also benefit from putting the processing capacity of older machines in use. The net result will be a considerable improvement in inventory planning and supply chain optimization throughout the year and unaffected by the price of bitcoin.” Canaan added:

Finally, the venture into Bitcoin mining allows Canaan to directly accumulate bitcoin which is now widely accepted as an investable asset class, and thus has the potential for considerable upside for Canaan.

What do you think about Canaan’s entry into the field of bitcoin mining after manufacturing mining rigs since 2013? Let us know what you think about this subject in the comments section below.