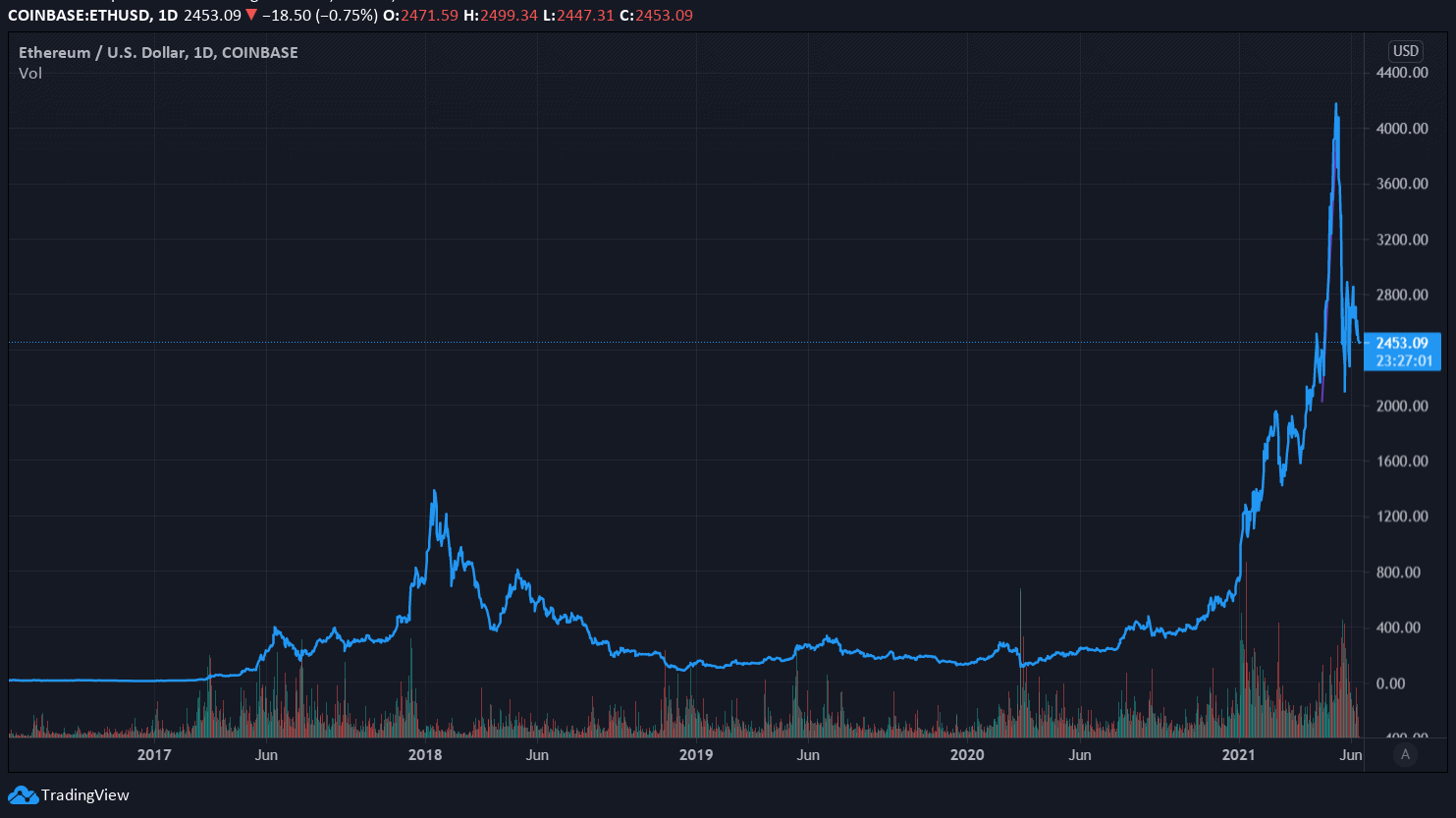 Recently, Seven Seven Six, his new venture firm, closed a funding round after raising 150 million dollars, a feat that brought him to the media’s spotlight, eager to know his vision about the business world… and the future of cryptocurrencies.

How Much ETH Does Ohanian Owns?

In an interview for CNBC, Ohanian devoted a portion of the discussion to praising Ethereum. Beyond the fine words, he also said that Ethereum comprised a significant part of his funds invested in cryptocurrencies.

When asked about the most promising cryptocurrencies in the ecosystem, Ohanian assured that Dogecoin was off his radar and proceeded to throw his compliments to Ethereum:

“I do think Ethereum [has], at least for the next year or two, really got the most to prove, or at least the most potential to show something because there are so many interesting applications. So NFTs are just the start of what’s getting built on top of the Ethereum blockchain, and that’s where a lot of my holdings are candidly.”

Ohanian didn’t disclose his ETH holdings, so it is impossible to come up with an approximation. His registered Ethereum Name Service domain, alexisohanian.eth. stores only 1.196858 Ether, which is not “a lot” by any means in billionaire language.

Ohanian has been quite bullish on Ethereum’s price for several years. Back in 2018, he predicted Ethereum would reach a price of $1500, and although the cryptocurrency crashed below $100 shortly after that, between 2020 and 2021, it managed to recover to its current $2481, fulfilling his prophecy.

Why Does Alexis Ohanian Loves Ethereum So Much?

For Ohanian, Ethereum is a functional and exciting platform with a bright future. In fact, even though he resigned from Reddit’s board, Reddit has experimented with this blockchain in its quest to create new forms of interaction among its users.

The r/Cryptocurrency community’s Moon Tokens are a clear example of this. They are generated on the Rinkeby Ethereum testnet and reward users for their participation in the communities.

In addition, Reddit offers the BRIK tokens to create a small economy on the subreddit dedicated to Fortnite, a popular Battle Royale game.

Ethereum is currently the most active network in the crypto ecosystem, mainly thanks to three critical phenomena: