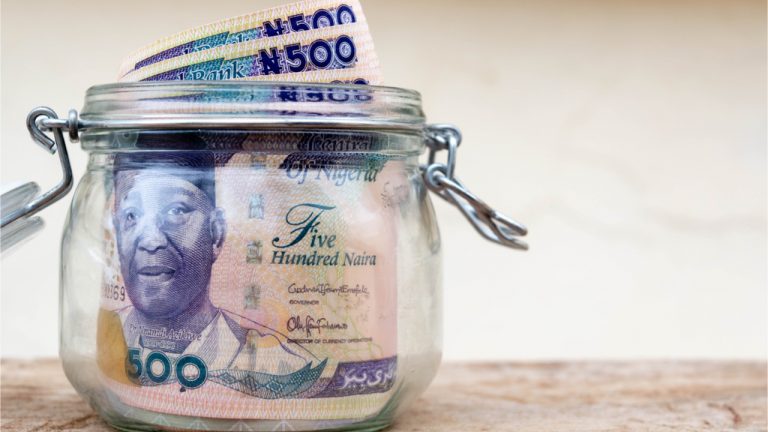 Nigeria’s House of Representatives has moved a motion calling on the country’s central bank to end the continuing devaluation of the naira. In his unanimously adopted motion, House Representative Bamidele Salam warned the Central Bank of Nigeria (CBN) of the negative “implications of further devaluing the naira.”

The House’s warning follows the CBN’s recent decision to devalue naira from an exchange rate of 393 to the current one of just under 411 nairas for every dollar. Furthermore, the Nigerian lawmakers’ call for intervention comes just a few days after the currency marginally depreciated against the USD on the black market. At the time of writing, the naira sell rate on the black market was 502 to the dollar.

Meanwhile, a report points to Salam reminding the CBN governor Godwin Emefiele of his earlier stance on currency devaluation. Before the naira’s devaluation in May 2021, Emefiele had repeatedly defended the country’s overvalued exchange rate. He also slammed parallel market traders for fueling the naira’s continued depreciation on the forex black market.

Still, in expressing his exasperation with the CBN’s exchange rate policies, Salam said:

The House is concerned that devaluation is likely to cause inflation because imports will be more expensive – any imported goods or raw material will increase in price; Aggregate demand increases, causing demand-pull inflation. Firms/exporters have less incentive to cut costs because they can rely on the devaluation to improve competitiveness.

Salam adds that lawmakers are now concerned that any “long-term devaluation (of the naira) may lead to lower productivity because of the decline in incentives.”

Since the year 2020, the CBN has adopted a multiple exchange rate policy as it sought to avoid an outright devaluation. For instance, Nigeria’s previous official exchange of 393 naira to one dollar was “used as a basis for budget preparation.” On the other hand, the Nigerian Autonomous Foreign Exchange Rate Fixing Methodology (NAFEX) is a closely controlled exchange rate for investors and exporters.

Following the devaluation of the naira, the official exchange rate and the NAFEX are now both pegged at just under 411 to the dollar. In the meantime, the report also quotes Salam explaining some of the possible implications of a rapid devaluation on the Nigerian government’s ability to raise funds. The lawmaker said:

“It makes investors less willing to hold government debt because the depreciation effectively reduces the actual value of their holdings. In some cases, rapid devaluation can trigger capital flight.”

Do you agree that the devaluation of the naira will cause inflation? You can share your views in the comments section below.