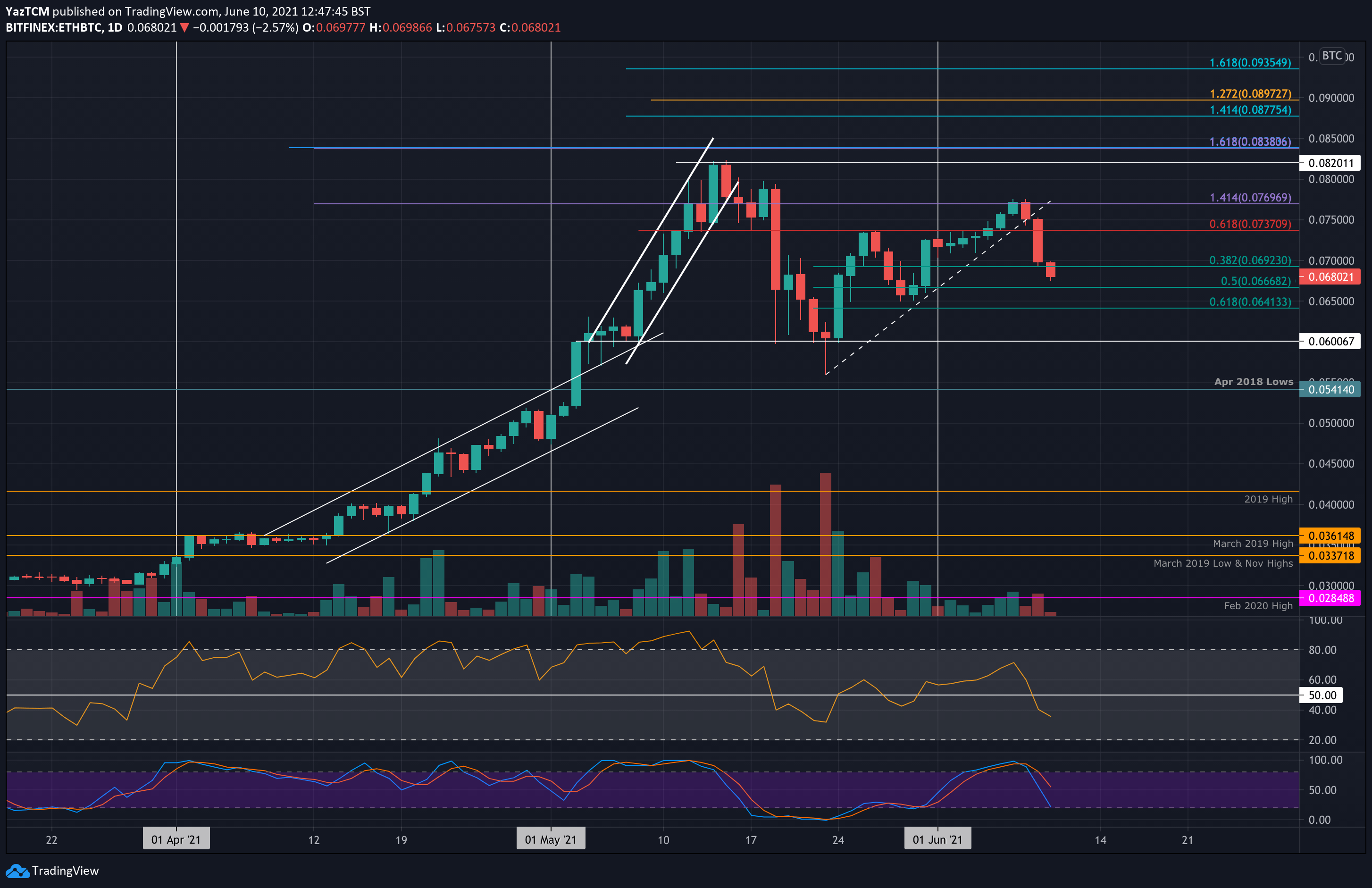 ETH fell beneath an ascending triangle pattern tracking over the past fortnight after dropping to $2600 on Monday. It fell beneath the lower boundary (dashed line) and continued until support was established around the $2500 level.

The coin did spike as low as $2330 during the week but is now attempting to maintain itself above the newly formed rising trend line, which might start making a new lower boundary for the triangle.

Yesterday, ETH did rebound from this rising trend line but was unable to overcome resistance at $2600. It has since dropped back beneath this resistance today and is trading near $2560.

ETH started June on a promising footing as it broke resistance at 0.0737 BTC (bearish .618 Fib) toward the end of last week. In doing so, it penetrated above an ascending triangle pattern and continued higher to meet resistance at 0.077 BTC (1.414 Fib Extension).

Unfortunately, the buyers were unable to continue beyond 0.077 BTC and rolled over from there on Tuesday. Yesterday, ETH dropped beneath the support at 0.075 BTC, and it continued beneath 0.07 BTC today to hit 0.068 BTC.

The RSI has also plummeted beneath the midline, indicating that the bears have regained control of the market momentum.