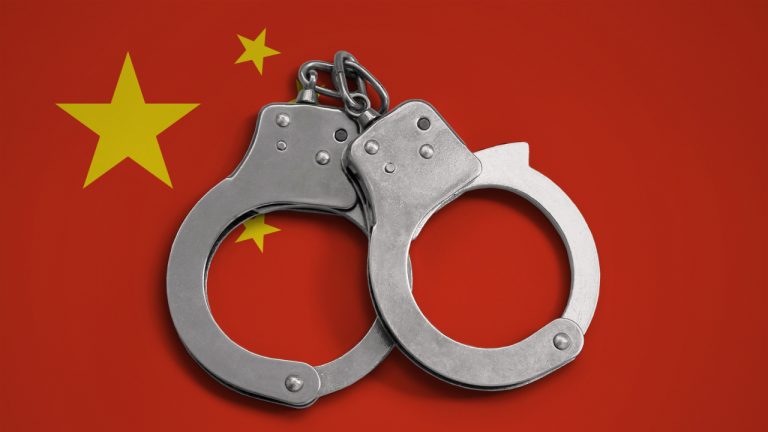 Chinese authorities have announced that more than 170 criminal gangs have been eliminated and over 1,100 suspects arrested in the latest round of crackdown on criminal groups providing cryptocurrency money laundering services for telecom fraudsters.

The Ministry of Public Security of the People’s Republic of China announced Wednesday that the fifth round of the “Broken Card” operation has been carried out.

This has “Severely cracked down on illegal and criminal groups that provide virtual currency money laundering services for telecom fraud,” the ministry detailed, adding:

The criminal gangs used cryptocurrencies to transfer the funds involved in the case, the announcement notes.

Police investigations have revealed that these criminal gangs usually work with “coin farmers” who help the fraudsters launder money. These coin farmers would register with various cryptocurrency trading platforms and buy and sell cryptocurrencies in accordance with the gangs’ specifications. The announcement describes:

After completing the money laundering process, ‘coin farmers’ can obtain ‘commissions’ ranging from 1.5% to 5%. The high illegal income attracts a large number of people to participate, causing serious social harm.

The Broken Card operation was launched on Oct. 10 last year after the State Council, China’s cabinet, convened an inter-ministerial joint meeting to crack down on a new type of illegal telecom network fraud. The cards affected are primarily mobile phone cards and bank cards.

China’s Payment & Clearing Association said on Wednesday that the number of crypto-related crimes is on the rise. Cryptocurrencies “have increasingly become an important channel for cross-border money laundering,” the association said in a statement, adding that they have already become a popular means of payment in illegal gambling activities. The association noted that nearly 13% of gambling sites support the use of cryptocurrencies, which has made tracking more difficult.

Chinese authorities have recently stepped up their efforts to crack down on illicit activities involving cryptocurrencies. Besides reiterating its cryptocurrency prohibition issued several years ago, three industry bodies recently banned crypto-related financial and payment services. The State Council has also indicated that it will clamp down on bitcoin mining. On Wednesday, Bitcoin.com News reported that China’s Qinghai province has instructed bitcoin mining operations to shut down.

What do you think about this Broken Card operation? Let us know in the comments section below.