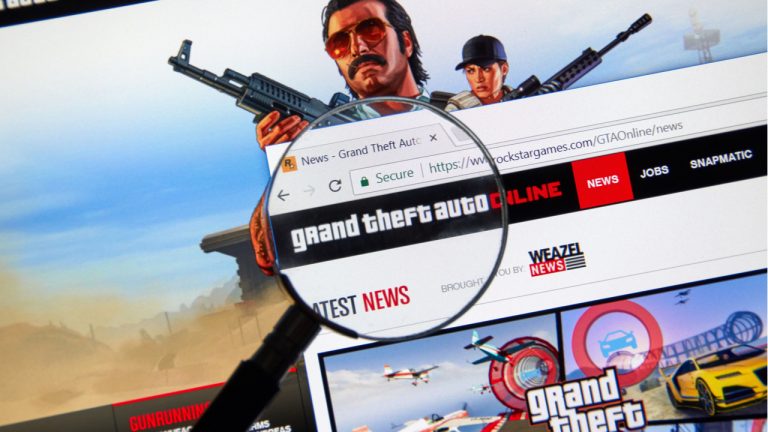 One of the biggest franchises in the videogame industry, Grand Theft Auto, will feature in-game payments of “bitcoin” or another fictional cryptocurrency. Contractors will pay the player with this currency when they need to make anonymous, untraceable payments. This would constitute another push for Bitcoin awareness into mainstream media culture.

Grand Theft Auto 6, one of the biggest gaming franchises, will feature an in-game cryptocurrency for payments according to insiders. The game will allow the player to accept cryptocurrency payments from big shot contractors who want to remain anonymous. Industry insider Tom Henderson leaked the news on Twitter earlier this week. He stated:

I heard recently that in GTA 6, some missions will reward you in bitcoin instead of cash for completing some missions. The stock market feature will return, with the addition of a broker for different cryptocurrencies. If GTA 6 incorporates this right, it’s huge for crypto.

Henderson also clarified the final name of the cryptocurrency might not be bitcoin, but that he was confident that it would be present in the game. He has leaked accurate information before regarding other franchises like Call of Duty and Battlefield.

As one of the most beloved gaming franchises in the world, Grand Theft Auto has managed to ship more than 345 million units worldwide, according to Statista. The appearance of a “GTA bitcoin” or another fictional cryptocurrency could raise popular awareness of the real-world crypto space.

As important as this appearance might be, it would not be the first time Bitcoin has been featured in popular culture. Bitcoin references can already be found aplenty. In Fox’s Family Guy, bitcoin is referenced as an investment opportunity in a tongue-in-cheek way. Spiderman: Into the Spiderverse also jokes about bitcoin’s price volatility. The animation depicts a TV news channel announcing bitcoin prices reached new highs and lows, alternating these announcements.

Crypto, a blockbuster movie, delves into the serious side of crypto. The movie depicts a criminal case showing cryptocurrencies being used to launder money. The Simpsons also touch on crypto themes frequently. But what’s really unique about the Grand Theft Auto inclusion is that the player will be able to harness this crypto and use it in a persistent world. A kind of virtual, gaming experience of the real-world, digital asset.

What do you think about Grand Theft Auto 6 including bitcoin as in-game currency? Tell us in the comments section below.